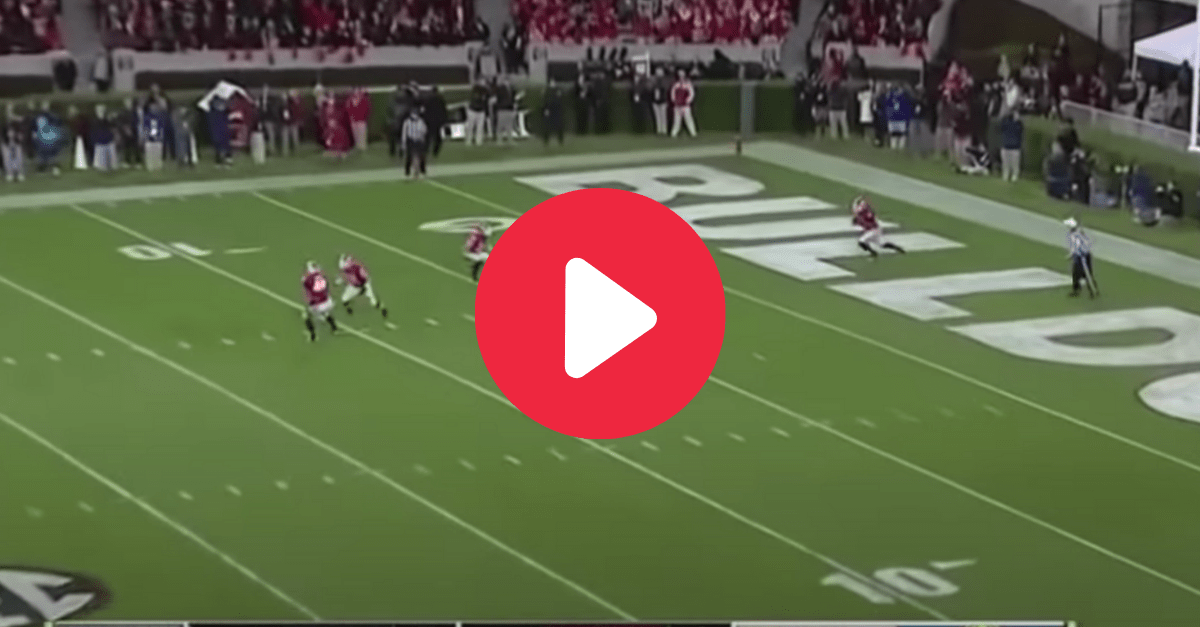 All eyes were on running back Todd Gurley when he took the Sanford Stadium field that Saturday night. Not only were the Georgia Bulldogs hosting the rival Auburn Tigers, but the UGA star was also returning from a four-game suspension. Little did anyone know what would happen on one special kickoff or that it would be his final college football game ever.

The Bulldogs, under head coach Mark Richt, were dominant all night. Gurley had 138 rushing yards and a touchdown in his return, freshman Nick Chubb racked up 144 rushing yards with two scores, and Georgia?s defense shut down Gus Malzahn?s Tiger for a massive 34-7 SEC win in Athens.

Unfortunately, a left knee injury to Gurley late in the fourth quarter spoiled the fun and celebration, but there?s no doubt Georgia fans were excited for his return.

A month before the Georgia-Auburn game, junior running back Todd Gurley was suspended indefinitely for an alleged violation of NCAA rules. The NCAA investigated whether Gurley accepted money for autographs, memorabilia or the use of his likeness, according to ESPN.

The suspension lasted four games. And when Gurley returned for his first game back, Georgia coach Mark Richt decided to put his superstar in for a kickoff in the first quarter. He delivered in a huge way.

Gurley caught the ball five yards deep in the end zone, but decided to take it out. The Southeastern Conference stadium was already buzzing, but it absolutely erupted when Gurley ran up the middle and sprinted into the end zone for a 105-yard touchdown to tie the game.

A holding penalty sadly negated the play, but it was still awesome and the moment was special.

Gurley wasn?t done there. He shredded the Auburn defense, including a three-yard touchdown run in the second half, until a left knee ended his night and ultimately his college football career. He tore his ACL and declared for the NFL Draft after the season.

Auburn quarterback Nick Marshall and tailback Cameron Artis-Payne couldn?t keep up with Gurley and UGA?s dangerous running attack. It was a huge win for the Bulldogs to keep their SEC East title hopes alongside Missouri alive.

So while it was the final game in Gurley?s college career, he definitely gave Georgia fans plenty to cheer about and remember from that night.