Former LSU Tigers star wide receiver Ja'Marr Chase sat out the 2020 college football season due to the coronavirus pandemic. But even without his junior season, he was the fifth overall pick by the Cincinnati Bengals in the 2021 NFL Draft and lit the league on fire as a rookie. Chase was beloved at LSU, and he's just as beloved in the Queen City. And while Bengals fans love him for being quarterback Joe Burrow's favorite target and helping Cincy earn its first playoff win in over 30 years on their way to the franchise's first Super Bowl appearance since 1988, no one roots for the superstar wideout more than Ja'Marr Chase's parents.

Who Are Ja'Marr Chase's Parents? 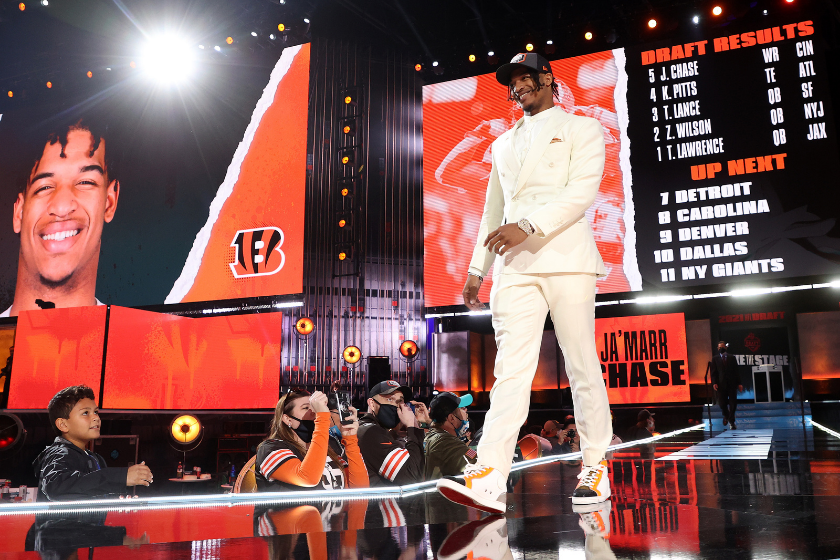 His parents have supported his football dream since he was young, and have been frequent attendees at his games dating back to his days as a standout football player at Archbishop Rummel High School in the suburbs of New Orleans.

When Chase took home the Fred Biletnikoff Award in 2019 at ESPN's College Football Awards show in Atlanta, his parents were over the moon with pride.

"Ja'Marr set that as one of his goals. That's the most fulfilling part. To have your child or your son set some goals for himself and actually reach some of those goals, doing what he loves to do; it's a beautiful thing, life-changing thing," Jimmy Chase told WAFB's Jacques Doucet.

Jimmy and Toleah also noted their son's selflessness, citing the time he came out of a game against Vanderbilt after scoring four touchdowns in order to give his teammate Racey McMath the chance to find the end zone as well.

"They have a good bond. It's like a brother thing. Like Coach O says - one team, one heartbeat."

Chase's parents have seen him accomplish remarkable feats at the college level, and as he's continued to do so in the NFL, his family has been there to fully support him. 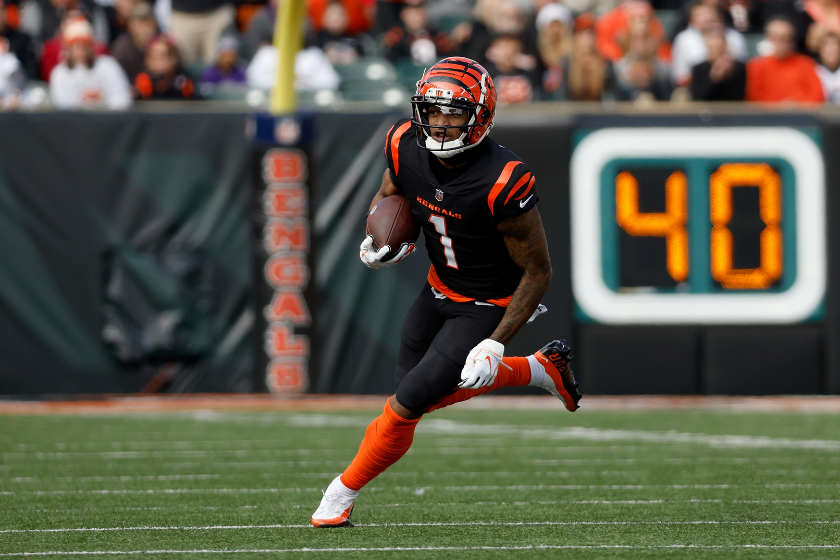 WR Ja'Marr Chase was a star the moment he stepped on campus as a member of the LSU football team. As a freshman, Chase logged 23 receptions for 313 yards and a trio of touchdowns, before truly showcasing his otherworldly talents as a sophomore.

In 2019, Chase hauled in 84 catches for 1,780 yards and 20 touchdowns playing alongside Heisman Trophy winner and current Bengals teammate Joe Burrow. He helped lead the Tigers through the gauntlet of the SEC, scoring two touchdowns against Florida and racking up 123 yards against Auburn. It's clear why Chase was given first-team SEC and All-American honors. 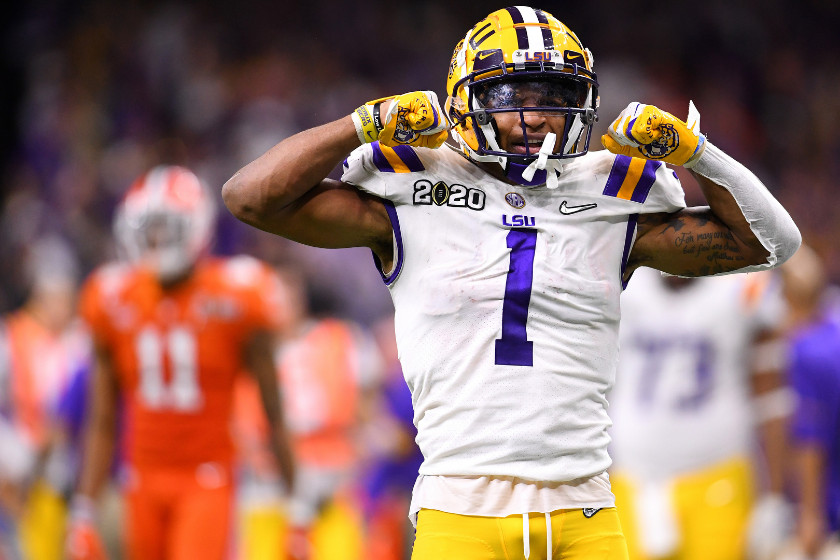 His best game, however, came on the biggest of stages in the CFP. Chase helped lead head coach Ed Orgeron and LSU to a victory in the National Championship Game against the Clemson Tigers after catching two touchdowns and racking up 221 yards in an impressive College Football Playoff performance.

Even with a year hiatus, Chase exploded in his rookie season with the Bengals by recording 81 catches for 1,455 receiving yards and 13 TDs in the regular season. His performance earned him Second-team All-Pro and Pro Bowl honors, and to top it off, Cincinnati won the AFC North and beat the Las Vegas Raiders in the first round of the playoffs, then the Tennessee Titans and Kansas City Chiefs on their way to the Super Bowl. Not a bad way to start off your career as an NFL player.

While the Bengals lost to the Los Angeles Rams in the Super Bowl, Chase wasn't finished collecting hardware, being named Offensive Rookie of the Year in 2021.

Chase looks destined to be one of the best receivers in the NFL for a long time, and he's already made his parents prouder than they'd ever imagined.