As former LSU quarterback Joe Burrow set NCAA touchdown records, won a national championship, sang "Neck" with LSU Tigers fans and won the Heisman Trophy award in 2019, one person was watching from the stands every step of the way: his dad, Jim Burrow.

Joe's mother, Robin Burrow, was too. But Jim Burrow's presence at Tiger Stadium throughout the season and in New Orleans to watch LSU beat Clemson in the College Football Playoff National Championship Game meant just a little more to the Ohio State University transfer. His father -- who coached for more than 30 years before retiring in 2019 -- could never clear the time on his schedule to watch his son play.

But before Joe ever transferred from the Buckeyes and made his way down to Baton Rouge, it was his father who more than 40 years ago transferred to a college football powerhouse and starred in a meaningful game in New Orleans himself. 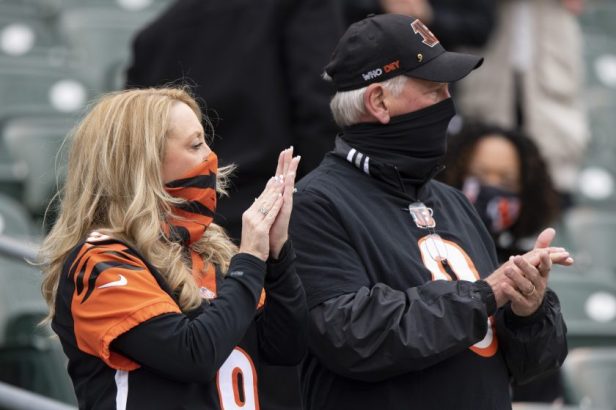 RELATED: Joe Burrow and His Girlfriend Are The NFL's Next Power Couple

Jim Burrow's football story is slightly different than his son's.

Jim was a quarterback for Amory High School in Amory, Mississippi, in 1970. He had dreams of playing the same position at Ole Miss or Mississippi State but he broke his arm one game.

Jim wanted to follow in his father's footsteps and play at MSU. The elder James Burrow played basketball for the Bulldogs back in the 1950s. Jim wound up walking on at Ole Miss and played as a freshman defensive back in Oxford.

His collegiate stint with the Rebels was short-lived. Head coach Billy Kinard couldn't offer him a scholarship, so he reached out to former Amory High coach Jim Walden, then an assistant coach at Nebraska. There was no transfer portal back then, but players still moved around. So Jim became a Cornhusker.

Jim blossomed into a starting safety under coach Tom Osborne, whose coaching staff included Lane Kiffin's father, Monte Kiffin. Jim's shining moment with the school came fittingly in New Orleans, when Nebraska was taking on Florida in the 1974 Sugar Bowl.

Jim Burrow?s stop of Florida?s James Richards on 4th-and-goal at the @HuskerFBNation one-yard line with the Gators leading 10-0 turned the game around in a 13-10 victory in the 1974 #SugarBowl. #SugarStar #CFB150 https://t.co/LWulm2dU1u pic.twitter.com/kg9liaVk8k

Florida already led the game 10-0 and was on their way to another score when Burrow stopped UF running back James Richards at the goal line on a fourth-and-goal attempt. Nebraska won the game, 13-10, and finished the season 9-3.

"It was a great night," Jim Burrow told the Daily Advertiser. "Yeah, we went out a little bit in the French Quarter."

Jim Burrow's hard-hitting days as a safety weren't over. The Green Bay Packers drafted him in the eighth round of the 1976 NFL Draft. He lasted just three games, the final of which came against the Cincinnati Bengals, the same team that selected his son first overall in the 2020 NFL Draft.

"I guess you'd say my first NFL game was against the Bengals and my last one was in Cincinnati," Jim told the Cincinnati Bengals.

Lots of players in this draft whose fathers played in the NFL but the one everyone forgets about is Jim Burrow, Joe's dad, who was drafted in the 8th round in 1976, was on Packers roster for one year before heading to the CFL. pic.twitter.com/3crJE5C65v

Jim played five more years of pro football in the Canadian Football League with the Montreal Alouettes, Calgary Stampeders and Ottawa Rough Riders. He was named an All-Star and even won a Grey Cup, the CFL's championship game trophy.

In addition, he coached two sons -- Jamie and Dan -- to Nebraska in the early 2000s. Then, he was able to watch his youngest win a national championship 15 years later.

When your Dad retires to watch you play...that is love. We caught up with @LSUFootball QB Joe Burrow Dad, Jimmy, to talk football, @ohiou and the big game this weekend. pic.twitter.com/24a2VXfuii

Jim retired from his coaching career in 2019 so he could every game of Joe Burrow's final season, a move that paid off big time for the football coach.

Before that, Jim spent almost 40 years coaching the sport. His coaching career included stops at Washington State, Iowa State, Ames High School (where his sons played), Nebraska, North Dakota State and finally Ohio University, where he spent the last 14 years of his career as a defensive coordinator for the Bobcats.

When Jimmy Burrow finally called it quits in Athens, Ohio, his son was enamored.

"Excited for my dad to watch me play!!" Joe Burrow wrote on social media.

"Him retiring this year has been a dream come true for me and my family," Burrow said during his Heisman Trophy speech.

Jim Burrow didn't just watch his son play. He watched him orchestrate arguably the best college football season in the history of the sport. He looked on as his son won the Heisman Trophy in a landslide.

And now, Joe's dad is watching him quarterback the Bengals, living out his NFL dream.