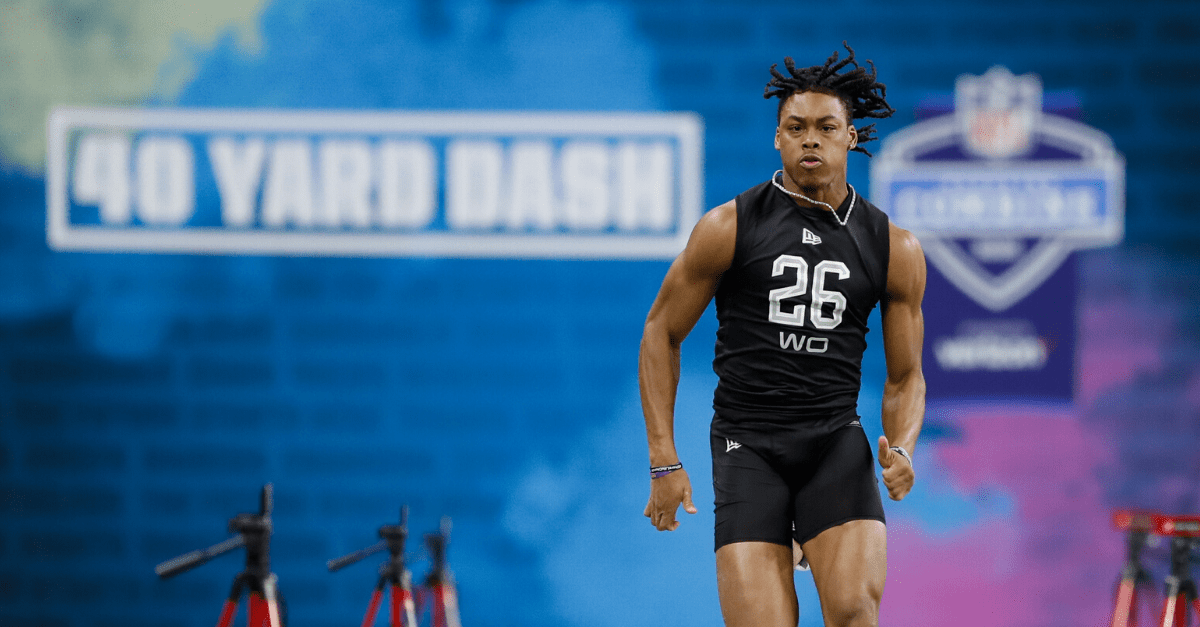 Former LSU wide receiver Justin Jefferson is going to be the next elite receiver from Louisiana State University, a school quickly making its case as “Wide Receiver U.” However, there’s one thing that separates the 6-foot-3 wideout from former star pass-catchers like Odell Beckham Jr., Jarvis Landry and current Tiger Ja’Marr Chase: the stars.

Jefferson had just three stars to his name as a high school recruit. Some organizations didn’t even rank him at all. Players like Jefferson are supposed to be back-ups and bench players, especially for a major SEC school where head coach Ed Orgeron reels in five-star athletes left and right.

That’s not to say there aren’t exceptions. J.J. Watt was a two-star recruit and delivered pizza while in community college before walking on at Wisconsin. Tom Brady and Antonio Brown were nobodies coming out of high school before starring in the NFL. Scouting experts miss all the time.

Players like Jefferson are not supposed to develop into premier wide receivers who lead the country in receptions, set Peach Bowl and College Football Playoff records, and sign for millions of dollars in the NFL Draft. And yet that’s exactly where Jefferson stands today.

Justin Jefferson exceeded all the expectations and shattered every last label, and after a brilliant career with the LSU Tigers he stands to become just the second LSU wide receiver drafted in the first round since 2008.

Jefferson Was a Three-Star Recruit

Justin Jefferson was a 3- star recruit out of high school. Very few schools recruited him. Just goes to show – it’s all in how you develop the players by the college coaching staff.

Jefferson has 4 TD catches in the first half! #CFBPlayoff pic.twitter.com/2Xnf7gDmPd

ESPN didn’t even rank him.

So, why no love for the kid?

Jefferson certainly had the name. His older brothers, Jordan Jefferson and Rickey Jefferson, both played football for LSU.

It’s not like Jefferson didn’t produce in high school. He caught 44 passes for 956 yards and nine touchdowns as a senior.

But there were two main reasons Jefferson didn’t get more looks from major Division I programs, according to Destrehan High School head coach Stephen Robicheaux.

“Two things,” Robicheaux told 247Sports. “One. He needed one more class to be eligible. Two. Everybody that came around the school thought he was going to LSU.”

They were right. Jefferson was almost destined to be an LSU Tiger.

But still, no other college or university thought to recruit this kid and maybe give LSU a run for its money?

Jefferson had just four offers. The only other Power 5 offers were from Northwestern and Tulane. Nicholls State also offered him. For that reason, recruiting websites paid little attention to Jefferson. If colleges weren’t hot on his trail, why should they be?

247Sports Director of Scouting Barton Simmons explained how their rating process failed Jefferson, even though it worked out for the wide receiver.

“We obviously missed,” Simmons told 247Sports. “We missed because our process didn’t allow us to understand his situation appropriately. We didn’t know he was a guy who could get qualified, and was a guy that was so good that it was worth a higher ranking even with a grade risk. Our process certainly failed on Justin Jefferson, but he is an example of the type of player that can fall through the cracks.”

Jefferson’s tape speaks for itself. The kid is a baller.

What NFL scouts wanted to see from Jefferson at the NFL Scouting Combine in Indianapolis were the things you don’t see in game film. More specifically, how fast is the receiver who primarily played in the slot in a Joe Burrow-run offense?

That’s the resume of a first-round pick. Huge stock up day for him.
pic.twitter.com/3iXOrj9Wq8

Straight-line speed wasn’t even Jefferson’s specialty. He juked defenders and snatched their ankle regularly in Baton Rouge. He can create space for himself and high-point a ball if needed.

NFL.com analyst Lance Zierlein said he has a “ridiculous catch radius” and makes “twisting, twirling mid-air adjustments look easy.” When Jefferson took to the gauntlet at the combine, he showcased just how smooth and fluid he is on the gridiron.

To put it simply, he makes everything look effortless.

NFL.com gave him a 6.41 prospect grade, which is given to a player expected to become a starter within his first two NFL seasons. Jefferson’s strong NFL combine led many analysts to consider him a back-end first-round talent in NFL mock drafts.

Jefferson’s quickness and height make him more versatile than the standard slot receiver.

“I’m very versatile,” Jefferson told BaltimoreRavens.com. “I can do slot and outside. Just being able to play different positions on the field. This class is definitely big and very talented. A lot of us are big playmakers, a lot of us are pretty fast.”

Jefferson didn’t even record a catch as a freshman in 2017.

But starting in 2018 when Joe Burrow arrived to run LSU’s spread offense, Jefferson was quickly integrated. He caught 54 passes for 875 receiving yards and six receiving touchdowns as a sophomore.

Jefferson’s breakout 2019 campaign saw him haul in an NCAA-most 111 receptions for 1,540 yards and 18 touchdowns. Only his teammate and Biletnikoff Award winner, Ja’Marr Chase, caught more touchdowns in college football. His 111 receptions is currently the LSU single-season record.

Jefferson’s statement game couldn’t have come at a better time. He wowed everyone with 14 receptions for 227 yards and four touchdowns against Oklahoma in the College Football Playoff semifinal. His four touchdowns, which all came in the first half, set a CFP game record.

He added another stellar 100-yard performance against Clemson in the national championship game, even tossing a defender to the ground with his footwork alone:

I honestly can’t get over this video 😱 Justin Jefferson straight up snatched #19’s ankles just like that ❄️❄️ @JJettas2 #NFLDraft pic.twitter.com/8MEgX3QaNe

Jefferson only needed to prove he had the measurables NFL scouts were looking for. He did that, and now he’s poised to become a first-round draft pick and the next great receiver out of LSU.

And none of it was written in the stars.