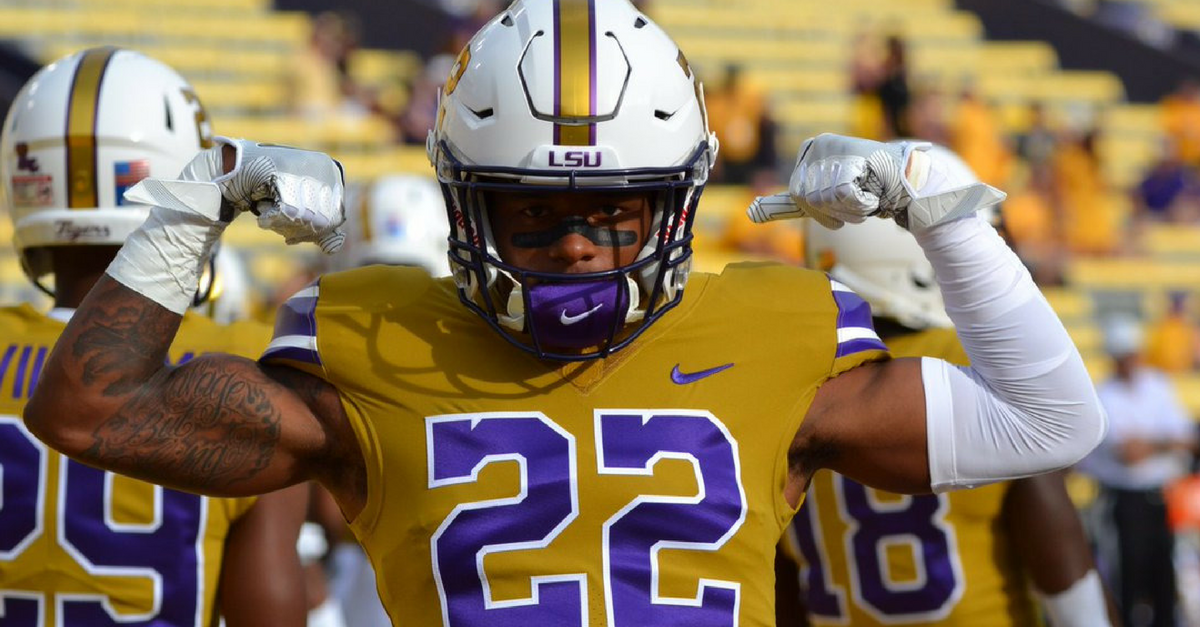 A players-only meeting left everything out on the table. The LSU Tigers cleared the air after several suspensions and quarterback transfers increased tension around the locker room. One issue, which wasn’t expected to be resolved, is now off the table, and LSU is celebrating an early Christmas.

LSU cornerback Kristian Fulton, who was serving a two-year suspension for using someone else’s urine during an NCAA drug test, is eligible to play immediately after his suspension was overturned, and LSU now has one of the best secondaries in the nation.

Coming out of Archbishop Rummel High School, Fulton was the No. 1 player in the state of Louisiana for the 2016 recruiting cycle, according to 247 Sports. In addition, Fulton was graded as the No. 1 cornerback in the nation when he committed.

After nearly 19 months of work with his family’s attorney, Don Jackson, and with the help of a four-page letter to the NCAA by LSU Athletic Director Joe Alleva, Fulton was reinstated to the LSU program as of Thursday evening, pending he successfully pass another drug screening.

The biggest: The NCAA charged Fulton with "tampering" (2 year penalty) & he should have been charged with "urine substitution" (1-year penalty). Interpretation committee agreed

The five-star prospect was suspended in February 2017 for tampering, when Fulton thought the upcoming test was for street drugs, when it was actually the NCAA’s PED test.

After a test administrator saw Fulton trying to use someone else’s urine, Fulton quickly dumped it and gave his own sample. Fulton’s urine tested negative for PEDs and was under the current threshold for allowable THC in one’s system.

Still, the NCAA slapped the sophomore cornerback with a two-year ban for “tampering” not for a “urine substitution,” which carries only a one-year suspension.

“I fight with the NCAA quite often,” attorney Don Jackson said, “and I’ve got to say, I’m feeling grateful for them undoing this harsh sanction. They did the right thing, and I’m truly grateful that they let this young man get his life back and get back on the field.”

LSU coach Ed Orgeron said at a press conference, ““I’m so proud of the young man, and I know our team is going to be elated.”

Fulton’s preseason All-American teammate Greedy Williams caught the team’s reaction to the news their blue-chip teammate will be eligible when LSU takes on Miami in primetime on Sunday, September 2.

With the addition of Fulton to LSU’s crazy talented defensive unit, the Tigers could have the best defense in the SEC.

With Williams, Fulton, third-team preseason All-SEC safety Grant Delpit, All-American linebacker Devin White, as well as blue-chip talent all over the field, this LSU team might just have the best defense in the country when it’s all said and done.

Big things are happening in Baton Rouge, and Kristian Fulton is here for all of it.