The LSU Tigers have many great traditions, but perhaps nothing tops Saturday night games at Tiger Stadium. They are special beyond words and have created a lifetime of memories that will be passed down for generations. There is one specific play, however, that literally made Baton Rouge quake and helped ignite the legend of the LSU fan base.

Back in October 1988, before the program was nationally relevant like it is today, and before former Notre Dame head coach Brian Kelly was tasked with bringing LSU back to glory, the Tigers were locked in a defensive battle with the No. 4 Auburn Tigers. Auburn had only mustered two field goals the entire game while holding LSU scoreless. Then, with less than two minutes left in the fourth quarter, something incredible happened.

LSU quarterback Tommy Hodson found Eddie Fuller in the back of the end zone for the game-winning touchdown. The stadium went so nuts, so crazy and got so loud that it actually registered an earthquake. That LSU-Auburn rivalry game is now famously known as "The Earthquake Game."

RELATED: Tommy Hodson is Easily LSU's Most Underrated Player Ever

Rivalry may be a bit of a heavy term to hand this matchup, as both teams have big rivalries with the Alabama Crimson tied. But occasionally, the old adage "the enemy of my enemy is my friend" takes a backseat to business. That's exactly what happened in the 1988 football season during this meeting between the two Tigers teams.

Facing 4th-and-10 from the Auburn 11-yard line, it was now or never for Mike Archer's LSU football team on ESPN. They needed a play to keep the upset hopes alive with 1 minute, 47 seconds remaining. Tommy Hodson, as he did many times in his career, delivered.

Hodson took the snap under center, stood calmly in the pocket and delivered a strike right into the hands of Eddie Fuller. The touchdown pass itself was iconic for the SEC rivalry, and that season, but the reaction by the fans inside Tiger Stadium made it even more remarkable.

The crowd's eruption was so massive that it actually registered as an earthquake on the seismograph at LSU's Howe-Russell Geoscience Complex. Louisiana Geological Survey research associated was the first person to discover it on the seismograph reading, according to LSU. 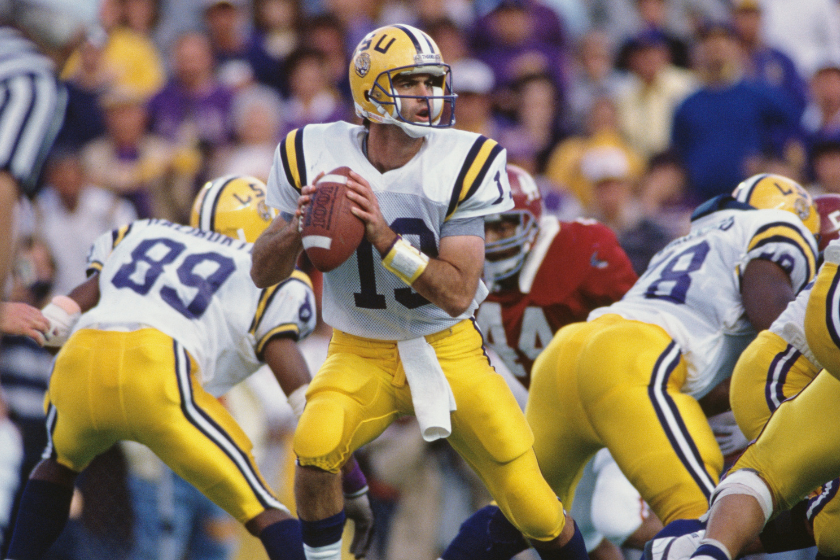 "Initially, I didn't believe it," Eddie Fuller said. "I think it took a couple of years for it to sink in. It never dawned on me how big that play was here until years later, when I came back to LSU."

In many ways, that comeback moment helped Death Valley become iconic because the simple thought of LSU fans creating seismic activity from the bleachers at a NCAA college football game is insane.

Louisiana State University won multiple SEC titles and one national championship before it. The Tigers, who lost back-to-back road games at Ohio State and Florida prior to that rivalry matchup, were even co-SEC champions that 1988 season. Yet, there is something about "The Earthquake Game" that helped give the LSU game day experience even more respect.