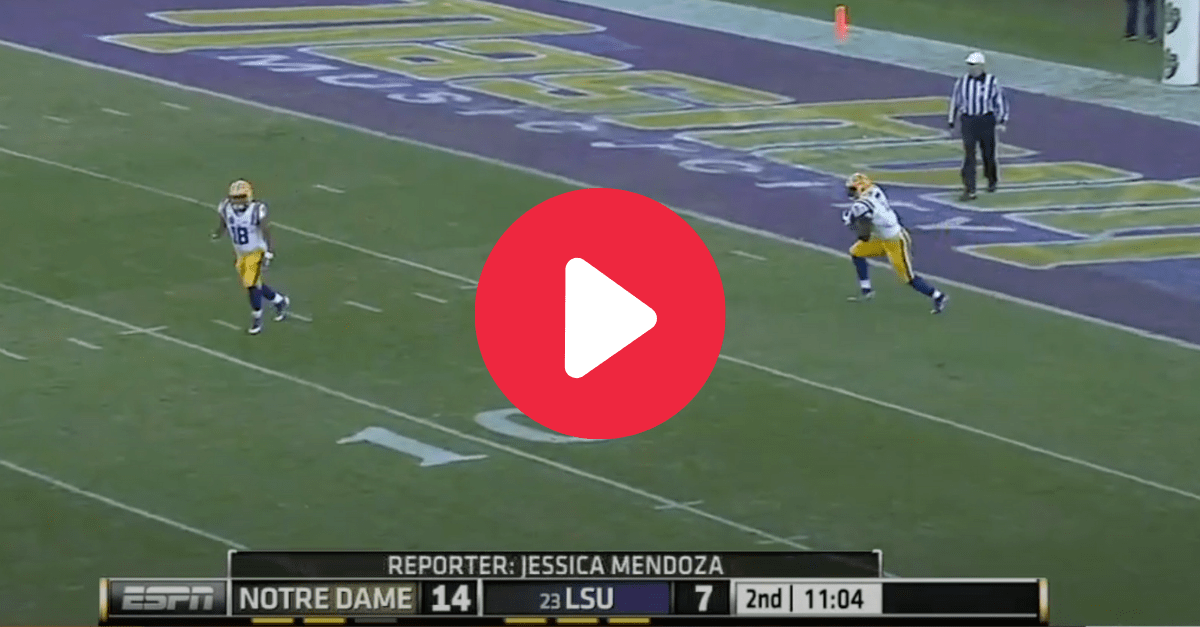 When LSU running back Leonard Fournette arrived on campus in 2014, he was (and still is) the most hyped freshman the LSU Tigers have ever landed. The consensus 5-star prospect looked like a man among boys at St. Augustine High School in New Orleans, so it was no surprise the true freshman was going to receive carries.

Fournette proved to be the real deal. Truck sticks and bulldozings and stiff arms became common when he toted the rock. By the time the team’s bowl game rolled around in 2014, the gifted first-year rusher already had four 100-yard rushing performances to his name (against defenses like Florida, Ole Miss and Texas A&M).

Everyone remembers how terrific of a college football running back Fournette was, but even devout LSU fans may not remember how dynamic he was as a kick returner. Let’s just say when the train is coming, get the heck off the tracks.

When the LSU Tigers met the Notre Dame Fighting Irish in the Music City Bowl, Fournette stole the show in Nashville, Tennessee.

The game itself ended in heartbreak for LSU. Notre Dame kicker Kyle Brindza nailed a last-second 32-yard field goal to take down the SEC team, 31-28. Fighting Irish quarterback Malik Zaire tallied 96 passing yards and 96 rushing yards, adding a touchdown in the air and on the ground while LSU passer Anthony Jennings and the rest of the offense couldn’t quite keep pace.

Fournette nearly willed his team to victory, though.

After scoring an 8-yard touchdown run to tie the game at 7-7 in the first quarter, Fournette struck in a thunderous way to even the score at 14-14 in the second quarter.

Fournette took the kickoff at the front of his own end zone and ripped off a 100-yard touchdown return. He did so with ease, too, because it looked like Notre Dame players barely laid a finger on him.

He ripped off an 89-yard touchdown run in the following quarter and finished with 143 rushing yards and two touchdowns.

Leonard Fournette stopped receiving kicks after his freshman season, but judging from the final game of his first year, maybe that was a mistake.