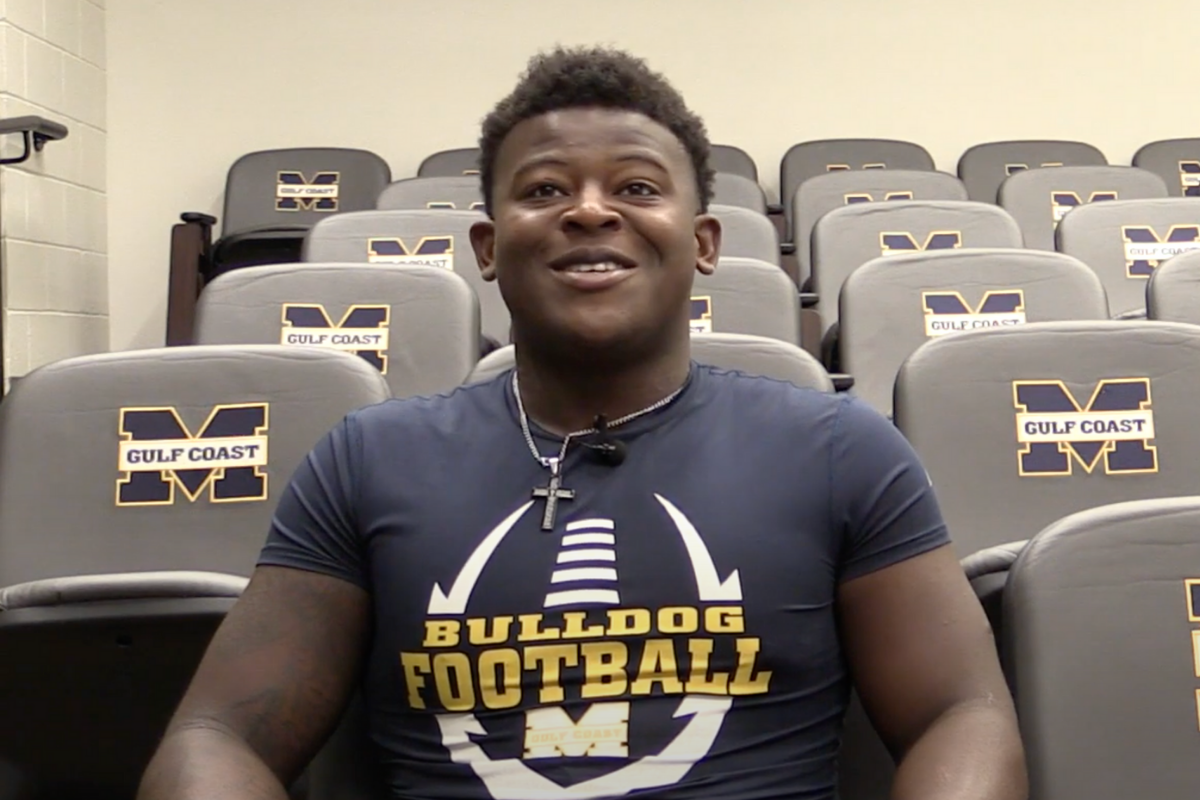 Winning a national championship gives a team a certain cachet, and the Tigers have used that to their advantage by inking some of the best high school prospects.

LSU even delved into the junior college market for 2021. As a result, JUCO linebacker Navonteque Strong will be playing in Baton Rouge this season.

He has proven that he’s ready for the next step in his career.

Navonteque Strong was committed to the Mississippi State Bulldogs for months before having a change of heart.

That move may draw the ire of Bulldogs’ head coach Mike Leach, but Strong asked for everyone to respect his decision and signed with head coach Ed Orgeron.

LSU’s recruiting class definitely gets a boost with their new signee. Strong is considered to be the third-best JUCO inside linebacker in the country according to the 247Sports Composite.

Strong, whose nickname is “Bugg”, has already impressed the coaching staff and teammates since arriving on campus in January. Per Sports Illustrated:

“You’re looking at Bugg Strong. He was the best junior college linebacker in our opinion. He had some big hits, man,” Orgeron said. “He had a tough hit. He’s a hard-nosed football player.”

Navonteque Strong is a ferocious ILB.

At Mississippi Gulf Coast, he burst onto the scene in his freshman year, during which he totaled 104 tackles and 8.5 sacks. He’s able to follow running backs shooting up the middle, and he possesses the athleticism to keep up with wide receivers in coverage if needed.

LSU has had to replace key talent on both sides of the ball in recent years, so stocking up on recruits is one method to help them return to glory and beat the likes of Auburn and Texas A&M.

Dropping bodies ain’t nothing, every new one give me a thrill..🚫🧢 pic.twitter.com/3YEhvpPNkM

Navonteque Strong is set to make his long-awaited NCAA debut in 2021. If he can keep up his tackling prowess, he has a chance to be an NFL Draft selection.

For now, he should focus on measuring up against the tough SEC competition he is about to face.