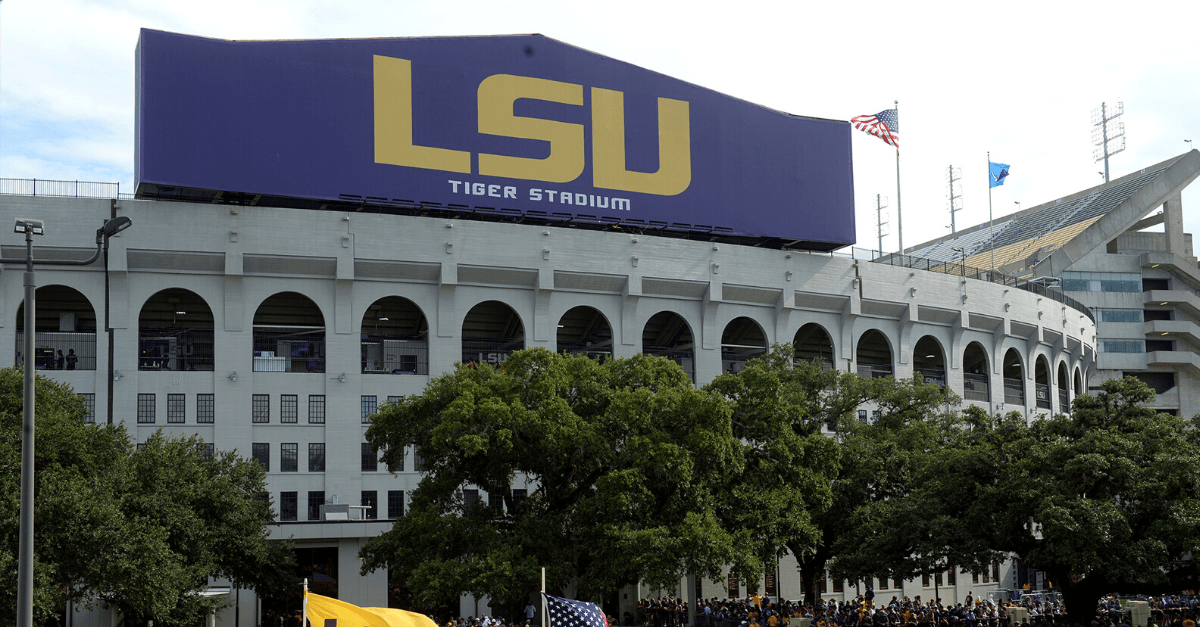 Fans of the LSU Tigers are still living on cloud nine. The celebration for the College Football Playoff national championship hasn?t stopped yet, and the LSU basketball team is gearing up for another March Madness run. There is absolutely nothing wrong with having some fun, but a couple of guys took it a little too far.

For whatever reason, breaking into LSU?s Tiger Stadium has been a popular thing over the years. It?s also proven to be a relatively easy thing to do. So with apparently nothing going on in Baton Rouge, Louisiana, two unidentified men decided to go for an offseason joy ride and film it.

Now, law enforcement officials are looking for the suspects from the video shared by Old Row LSU on Instagram.

According to WBRZ, campus police are now investigating the incident, which took place on Monday night, February 18.

LSU students can be wild. There were three burglaries at Tiger Stadium in 2017 alone. Now, LSU Police have more even trouble with another break-in on their hands.

What?s crazy is there is not even any turf there right now. Tiger Stadium is under renovation, and it?s why athletic director Scott Woodard announced LSU football?s annual spring game will be held at Southern University and A.W. Mumford Stadium on Saturday, April 18.

?This is a win for this community overall,” Woodard said in a statement, via The Advocate. “Southern University has a terrific facility and we are grateful to athletic director Roman Banks and Coach Odums for hosting us. We?re excited to play some football on the bluff in the spring.?

Home games at Tiger Stadium are special, especially against SEC teams like Alabama. It?s why it?s easily considered one of the best college football stadiums in the country. So it should be no surprise Louisiana State University fans want to try to break in, but it?s obviously not a smart thing to do.

To film it is even worse.