Skydive Into LSU’s Tiger Stadium Alongside a U.S. Army Soldier 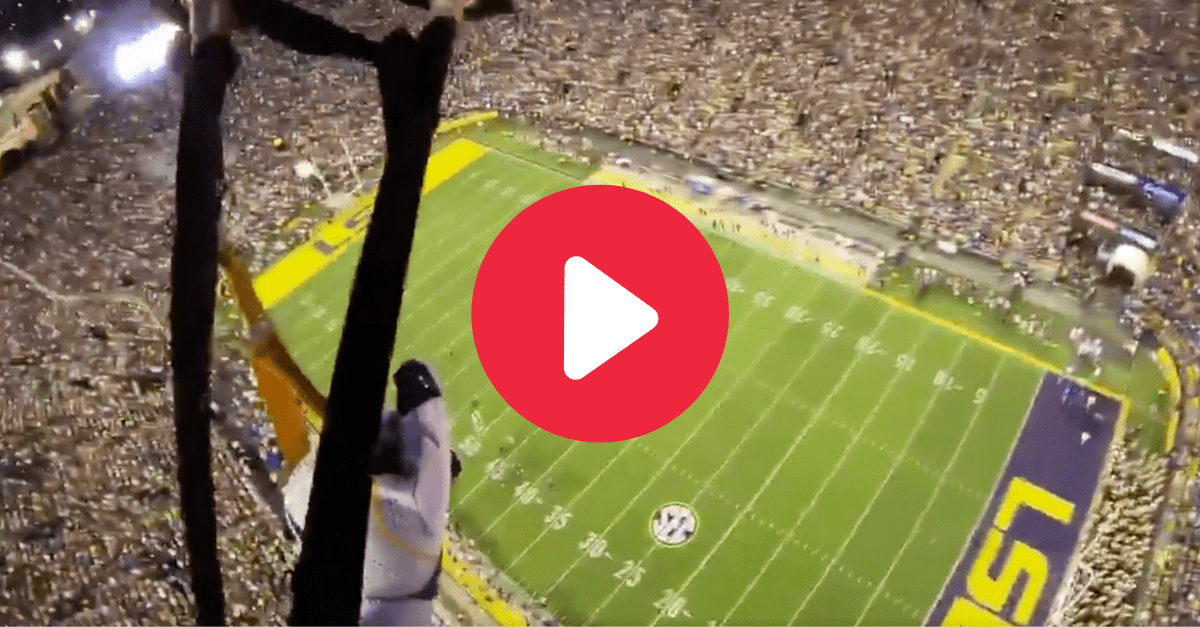 When it comes to college football atmospheres, it?s tough to beat a night game at Tiger Stadium in Baton Rouge. The LSU faithful pack the SEC stadium with over 100,000 strong on game days, and the crowd noise is just insane. What you are about to witness is what it all looks like from the sky.

Before the LSU Tigers hosted the Florida Gators in October 2019, the SOCOM Para-Commandos delivered the game ball in epic fashion. A U.S. Army Special Forces soldier had the football as he went 120 miles per hour with two other military jumpers before landing on the 50-yard line in Louisiana, according to WAFB 9.

It sounds insane, but the helmet camera footage is simply incredible.

Watch these guys parachute into Tiger Stadium last night. The view is incredible. The cheers give me chills. It’s an amazing viewpoint of a night game in Death Valley. Just awesome! #GeauxTigers 💜💛 pic.twitter.com/6LfNEuWlHx

Here’s the ending to the video. 🙃 pic.twitter.com/17fxJBmSPS

Watching a parachute team freefall is unreal. It?s scary enough to jump out of a plane, and these guys landed at midfield like it was a casual stroll through the park.

This isn?t the first time the SOCOM Para-Commandos were in Death Valley, either. They did it in 2018 when LSU hosted Georgia.

?It was electric on the field last night in Baton Rouge! Watch as the SOCOM Para-Commandos represent the over 85K United States Special Operations Command (USSOCOM) personnel around the World! Thank you LSU Football fans! GEAUZ TIGERS AND GEAUX COMMANDEAUX!?

The LSU vs. Florida football game was definitely electric that Saturday night. Tigers quarterback Joe Burrow led a big-time comeback, and it lived up to the hype of a top-10 matchup, especially with ESPN College Gameday on hand.

However, for as good as the game was, we got special footage of parachuting into Tiger Stadium and it was awesome. This could definitely be a fun thing to add to LSU gameday.

MORE: LSU Night Games are Legendary, But How Did They Become Famous?