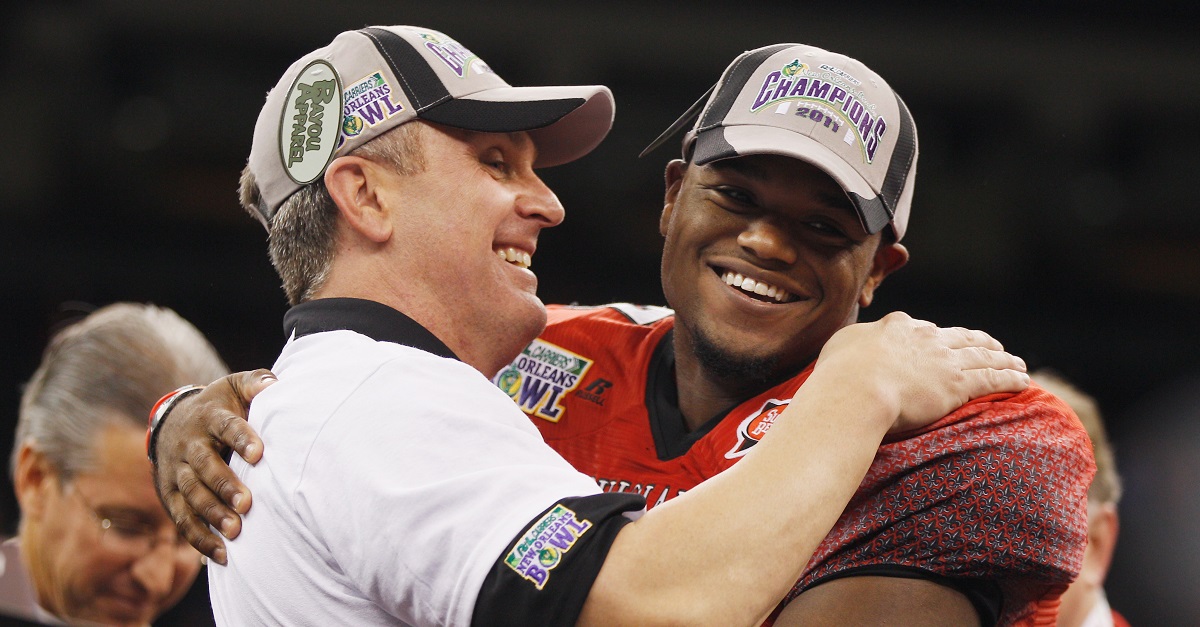 Former Louisiana-Lafayette coach Mark Hudspeth is reportedly heading back to Mississippi State as a tight ends coach, where he had previously worked as a wide receivers coach from 2009-10, according to FootballScoop.com.

Hudspeth will join the Bulldogs as a tight ends coach under new head coach Joe Moorhead, who was hired last month following the departure of Dan Mullen, according to the report.

The Louisville, Mississippi native went 28-38 during seven seasons as Louisiana-Lafayette’s head coach before being fired in the last week, which included having his first four seasons vacated due to NCAA violations involving academic fraud and payments to players.

The Ragin’ Cajuns failed to win more than six games during the next three seasons, which resulted in only one bowl appearance — a 28-21 loss to Southern Miss in the 2016 New Orleans Bowl.