The “Helicopter Hit” Remains One of the Biggest in SEC History 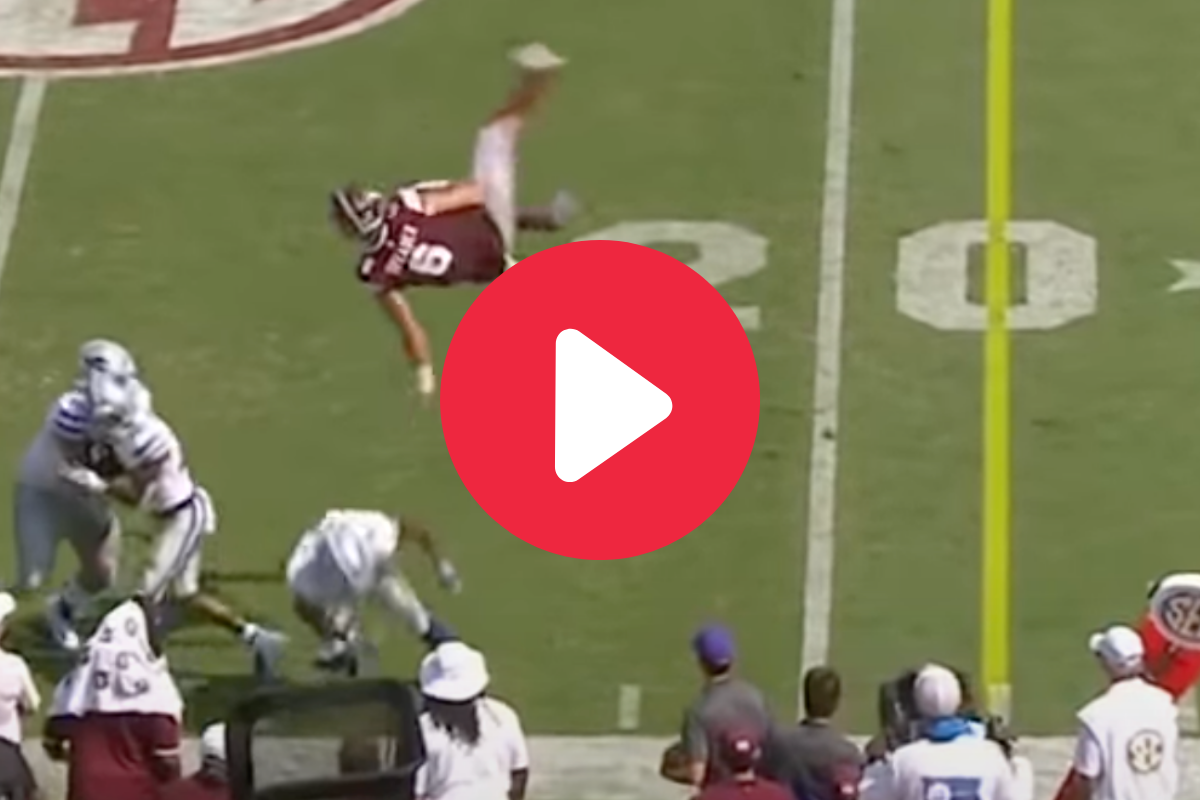 The list of biggest hits in SEC history is a long and expansive one.

Scroll through it and you’ll find Quentin Coryatt on there for the appropriately named “The Hit.” Jadeveon Clowney’s helmet-popping blast might be No. 1.

But how many of those bone-bruising hits made a dude do a 360 spin about 10 feet in the air? On September 14, 2019, Mississippi State Bulldogs quarterback Garrett Shrader took flight on the “helicopter hit.”

MSU was down 31-24 to Kansas State at Starkville’s Davis Wade Stadium. The Bulldogs needed to convert a 4th-and-16 to keep their drive going with about two minutes left in the fourth quarter.

Mississippi State quarterback Garrett Shrader dropped back and scanned the field as a true freshman. His receivers were all blanketed, so he took off looking to get a first down with his feet.

Shrader bolted down the sideline. He was hit by two Wildcat defenders at the same time as he dove forward, which caused him fly up in the air and spin around completely.

On that day, Garrett Shrader became a licensed helicopter pilot. One more spin and he would have been sailing through the clouds.

After the massive hit, he tried extending his arm for the first down but was nowhere close. At least Shrader gave it his all even if he turned into a human propeller.

The #ShraderCopter became a viral sensation on social media. And yes, he was memed into oblivion:

Here's the edit you've all been waiting for… 💫💫 pic.twitter.com/3AnGzklrvn

Garrett Shrader on his all-out attempt to keep the game alive for Mississippi State on 4th and 16:

"We had to get the first down. I made the decision to go for it. It was all or nothing."

Shrader was asked if he's ever been that high in the air before.

"Yeah, in an airplane." pic.twitter.com/onnLIkWmwL

“We had to get the first down,” Shrader said afterward. “I made the decision to go for it. It was all or nothing.”

It certainly was. Garrett Shrader showed his guts (and lack of care for gravity) when he decided to run for the first down.