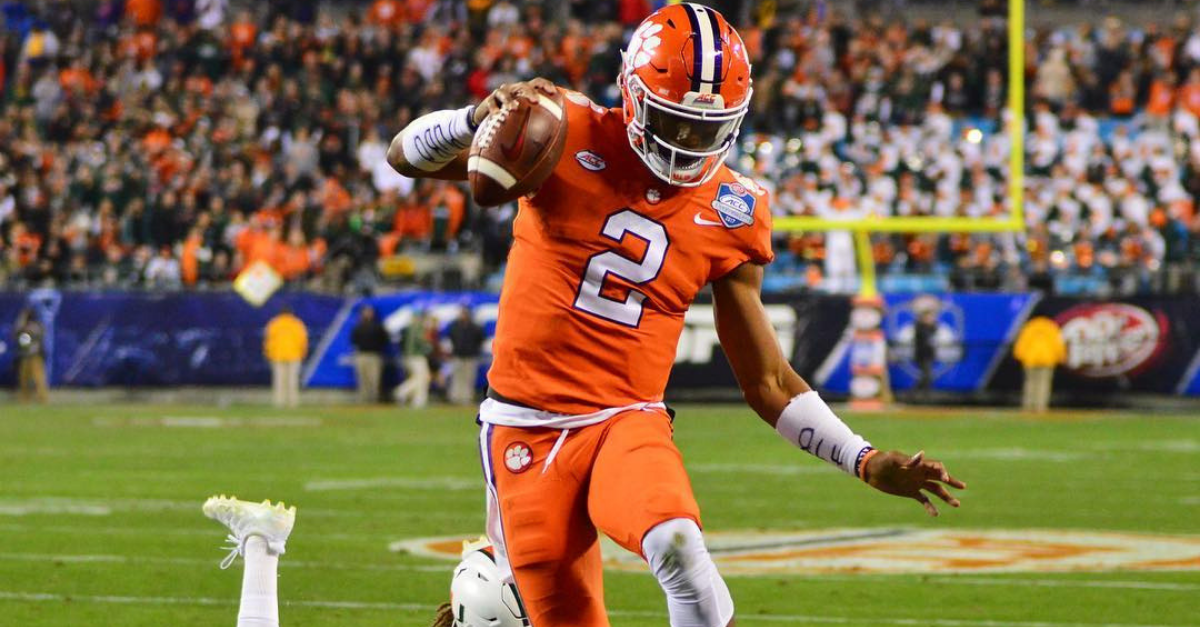 After months of waiting, Bryant will take his last year of eligibility on the road, and the Calhoun Falls, South Carolina native announced he will be competing for an SEC East title with the Missouri Tigers for the 2019 season.

Reading “The Test of a Man” in his video announcement via Twitter, Bryant revealed his decision on Tuesday night in line with the 112th anniversary of the Alpha Phi Alpha Fraternity, the first African-American Greek-lettered fraternity, which Bryant was initiated into this year.

Passing on Miami (FL), North Carolina, Mississippi State, Auburn and Arkansas, Bryant will prepare to join another set of Tigers for the 2019 season.

RELATED: SEC Recruiting Round-Up: Stars Land All Over the Conference

After posting a 16-2 record as the starter for Clemson, Bryant left the program after calling Swinney’s decision to give the starting job to the highly-touted freshman a “slap in the face.” During his time with the Tigers, the 6-foot-4 220-pound quarterback posted 2,802 passing yards, 665 rushing yards, and 24 total touchdowns while leading Clemson to an ACC Championship and berth in the College Football Playoff during the 2017 season.

With senior quarterback Drew Lock leaving for the NFL Draft next spring, Bryant will join a Missouri program that has improved each season under head coach Barry Odom and is heading for a Liberty Bowl matchup against the Oklahoma State Cowboys from the Big 12 looking to finish with a nine-win season.

Unless he leaves for the NFL Draft, First-Team All-SEC guard Tre?Vour Wallace-Simms will return for one more season to help protect Bryant, but he is the only all-conference selection on the Tigers roster eligible for 2019. Sophomore running back Larry Rountree II is likely to return in the backfield after rambling for 1,012 rushing yards this season, which ranks fifth in the SEC heading into Mizzou’s bowl game.

Also, aside from senior wide receiver Emanuel Hall, five of the Tigers’ top seven pass catchers should all be returning for next season for coach Barry Odom’s team.

Things are looking up over in Columbia, Missouri, and the Tigers just won the “QB Kelly Bryant Graduate Transfer Sweepstakes” landing one of the most dynamic signal callers in all of college football. Bryant and his new teammates will clash with the likes of Florida, Kentucky, South Carolina, Tennessee, Vanderbilt and perennial powerhouse Georgia in the regular season with an SEC East title up for grabs.

READ MORE: Alabama’s Offensive Coordinator Could Become Next Transfer to the Big Ten