SEC Studs & Duds: The Best and Worst Performers of Week 10 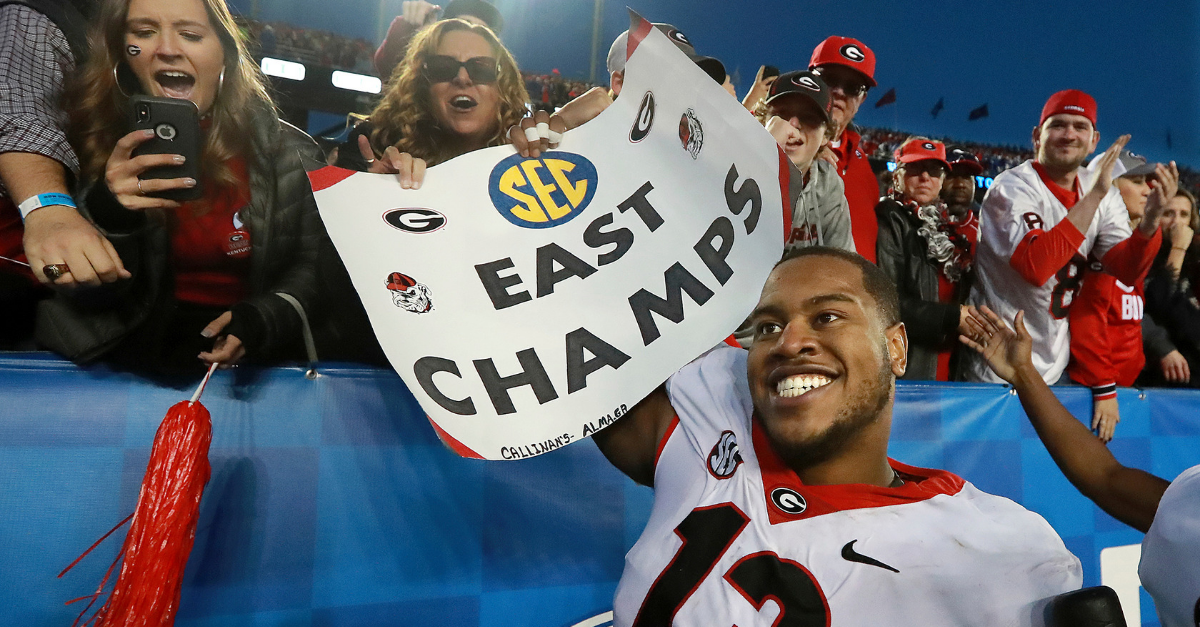 In one swoop, the Southeastern Conference has its two division champions and a title game set in stone. The Alabama Crimson Tide remained unbeaten and clinched their seventh-straight SEC West title, and they’ll face the SEC East champs, the Georgia Bulldogs, on December 1 in Atlanta, Georgia for the SEC Championship.

Teams have bowl games at stake, individual awards to win, and rivalry bragging rights to earn before this season is out. Week Ten had a little bit of everything, and another rounds of Studs & Duds is upon us.

Once D'Andre Swift gets space, you might as well just jog behind him pic.twitter.com/WZpqfZGja8

The SEC circus was in Baton Rouge last weekend, but Georgia silently took care of business on the road against a really good Kentucky Wildcats team to win the SEC East for the second year in a row, and a pair of running backs led the charge for the Bulldogs.

For years, it was the Sony Michel-Nick Chubb show in Athens, but Swift and Holyfield took the mantle this season and have not disappointed. Both backs combined for 34 carries for 271 yards and three touchdowns, including Swift’s 83-yard gallup to put Georgia up 28-3 in the third quarter.

The Bulldogs are now 8-1, and with the SEC title game now set for December 1 against Alabama, they’ll be playing for a spot in the College Football Playoff in an epic rematch of last season’s title game.

Modern college football is built on offense first and defense second, but at some point, you still have to get knocked for forgetting to bring your defense with you to the game.

South Carolina outlasted Ole Miss, 48-44, in a game that featured 1,124 yards of offense and the longest scoring drive lasted 4 minutes and 14 seconds. Quarterback Jake Bentley should be the Gamecocks MVP throwing for 363 yards, and running back Scottie Phillips’ 141 rushing yards and three touchdowns gets the nod for the Rebels, but SOMEBODY should have slowed the other down.

Both these teams aren’t built for long term success in the SEC without a defense, evidenced by this game looking more like a Big 12 shootout.

RT if you think Tua Tagovailoa will win the Heisman pic.twitter.com/FRn3FbnV5E

The game of the weekend was Alabama blanking LSU, and Crimson Tide quarterback Tua Tagovailoa had his Heisman moment.

The sophomore threw for 295 yards and two touchdowns including (GASP) his first interception of the season, but his moment came in the middle of the third quarter. Tua pulled down the ball and took off for a 44-yard touchdown run that put the Tide up 22-0, and effectively took the wind out of LSU’s sails.

Tagovailoa now turns his attention to three-straight home games against Mississippi State, the Citadel and Auburn, all of which they should win by double digits. Tua’s case for the Heisman is now locked into the conversation as a finalist, and as he continues adding to his totals, there’s no one in the country more deserving.

Boo birds out for Feleipe Franks in the Swamp after he horribly sails an out intended for Van Jefferson.

When Dan Mullen took over in Gainesville, he brought an offense dependent on solid quarterback play, and that task fell to the sophomore from Crawfordville, Florida. Since taking over, it’s becoming obvious he’s not the answer.

At home against a Missouri defense that ranks 119th in the country allowing 279.6 passing yards per game, Franks absolutely flopped. He completed just 9-of-22 passes for 84 yards  and managed only 10 points before being pulled for Kyle Trask in the third quarter.

Now with back-to-back SEC losses, the Gators have three very winnable games left, and confidence in Franks continues to dwindle with Florida staring down the chances at a 10-win season.

This ball was 😍 from Jarrett Stidham

The Tigers have been a massive disappointment compared to their preseason predictions, and Stidham, who many believe is a legitimate NFL prospect, hasn’t lived up to the hype in 2018.

That is, until he faced a stout Texas A&M defense, Stidham completed his last eight passes of the game, that led to back-to-back touchdown drives to give the Tigers their sixth win of the season. Stidham has his second-highest passer rating of the season Saturday (154.1), which trails only his performance against Mississippi State in his last game.

Auburn travels to face Georgia in a hostile road game, but with two-straight wins, maybe the Tigers are ready for a marquee upset to make this season memorable?

Some moments transcend time and live forever. Alabama beat LSU, but this girl has become an internet sensation that will live forever. We’re all waiting for our 30 seconds of fame, and she found it with the flyover came while everyone else enjoyed the fun.

As a sports fan who is always trying to get on T.V. and the jumbotron at baseball games, I couldn’t be more envious of this incredible moment in time.

READ MORE: Have You Ever Seen Anything Like This in a College Football Game?