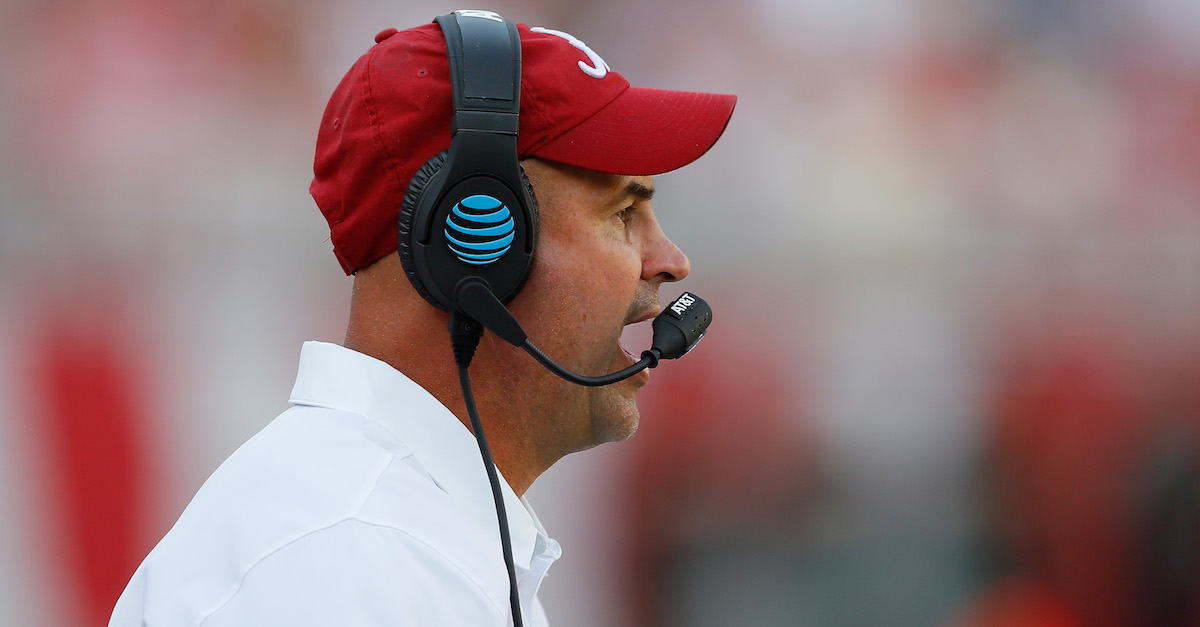 Now it seems that he may have found his man.

Source: Alabama DC Jeremy Pruitt has emerged as the leading candidate at Tennessee.

Sports Illustrated?s Bruce Feldman also reported that Pruitt was a top candidate for the Vols’ coaching vacancy on Wednesday and noted the coordinator’s value to the Crimson Tide’s success beyond defensive play calling.

Re: #Tennessee coaching search: Thing I’ve heard quite bit this week regarding Jeremy Pruitt is his value at #Alabama goes well beyond being just an excellent DC w/ schemes, he’s someone Saban really counts on to help set the tone in development & recruiting.

Pruitt, an Alabama alum, has served as the Crimson Tide?s defensive coordinator during the past two seasons after having previously held the same position at Georgia (2014-15) and Florida State (2013), where he helped lead the Seminoles to a national championship.