When Josh Heupel got the offer to become head football coach at the University of Tennessee in January of 2021, the former Oklahoma Sooner, picked in the sixth round of the NFL draft, leapt at the opportunity, even if it meant uprooting his family. But Josh Heupel's wife Dawn Heupel was ready for the journey.

"I want to take this time to thank my wife Dawn, my copilot in life," the Aberdeen, South Dakota native said to the media. She's probably piloting most of the time when I'm at the office."

Who is Josh Heupel's Wife, Dawn?

Being the wife of a college football head coach isn't an easy job, whether your husband coaches the Tennessee Volunteers or at Utah State. But for Dawn, having a head coach as a husband only meant spending her life with her best friend. Dawn met Joshua Kenneth Heupel when they were 16 and in high school, with both of them attending Aberdeen Central High School.

"It's kind of the middle of nowhere," says Heupel of his hometown in an interview with UCF. "And I kind of figured I would always get into coaching. Truly, from the time I can remember, it was riding to training camp with my dad (Ken, head coach at Northern State University in Aberdeen) at 5:30 in the morning. It's pitch-dark out everywhere . . . me falling asleep once I got myself into the car and waking up on the ride over. Serving Tang out of the cooler for breakfast . . . working in the equipment room. I can't imagine a better childhood. I absolutely loved it."

When the topic of Dawn came up, Heupel added, "We dated in high school on and off. She was a good athlete and involved in a million things. She was a violinist, she played basketball and volleyball in college and got an architecture degree. We ultimately got back together--we've known each other a long time."

Not a lot is known about Dawn's personal life, as she stays off social media. But we do know that she's always there to support her husband in the offseason and during rivalry week. 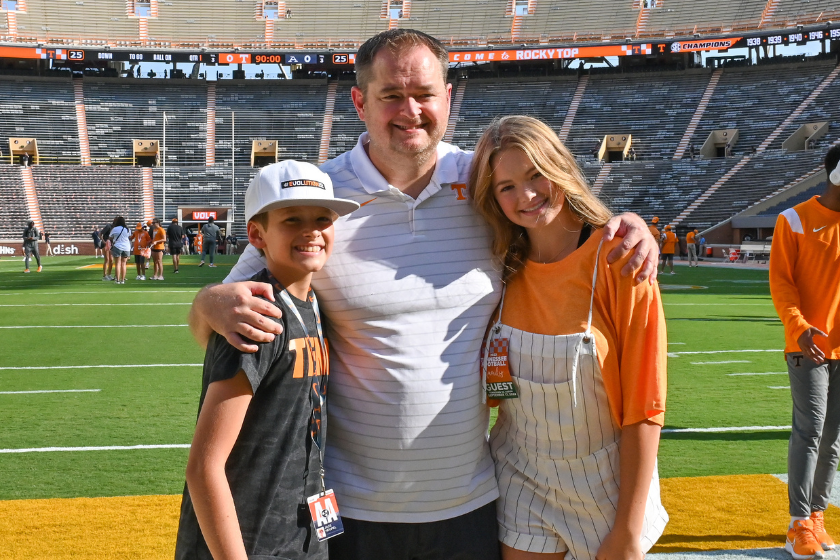 Josh and Dawn have two children, Jace and Hannah Heupel. According to their father, the youngest Heupels are down for any and all activities.

"Name the activity and they are into it. My daughter--it's dance, piano, artistic. Any sport she can get her hands on she will play . . . basketball, volleyball, golf, tennis. My hope for her is that she finds her passion. She is the most competitive person I've ever met, which is saying something. She got the best of that from her mom and dad. My son is into baseball, football, basketball, and he plays a little bit of golf and swims, too." 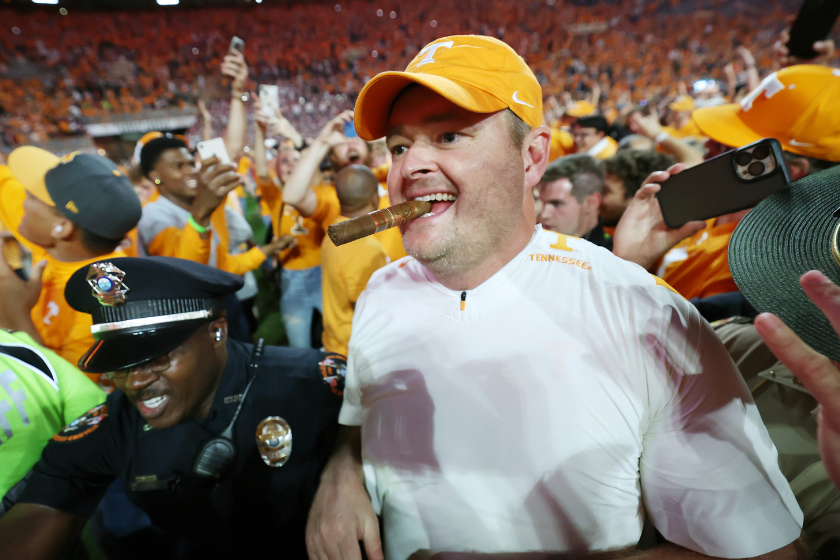 Josh would end his time as a high school football player for the Central Golden Eagles and head to Weber State university, but an ACL injury would push him to transfer to Snow College in Utah, before he would make his transition to Oklahoma.

Eventually working his way up depth chart to starting quarterback, Heupel was a Heisman Trophy finalist in 2000, losing to Chris Weinke, but Heupel would be named an All-American, the AP Player of the Year, and would win the Walter Camp Award. To top it all off, he helped lead the Sooners to a national championship over Florida State that same year.

After failing to make an NFL roster, despite time spent with the Green Bay Packers and Miami Dolphins, Heupel returned to Oklahoma as an assistant under legendary head coach Bob Stoops. After becoming co-offensive coordinator/quarterbacks coach in Norman he shipped off to Utah State and then Missouri, before finally landing a head coaching job, leading the UCF Knights football team in 2018.

After three successful seasons at Central Florida and an AAC Championship in his first year, the Vols poached the 28-8 coach to replace their head coach, Jeremy Pruitt, after an investigation by the school found evidence of multiple Level I and Level II NCAA recruiting rules violations under his watch. Another new challenge in his professional career was right in front of Heupel, who jumped at the chance to lead Tennessee back to glory. To Heupel, it's not about growing his net worth. It's about the game.

And if he ever needs support, he's got an entire team at home. Or in 2022, Josh Heupel's wife and kids will be rooting for his team to stomp Clemson in the Orange Bowl.

MORE: As 'Rocky Top' Turns 50, Fans are Still Split on One Lyric