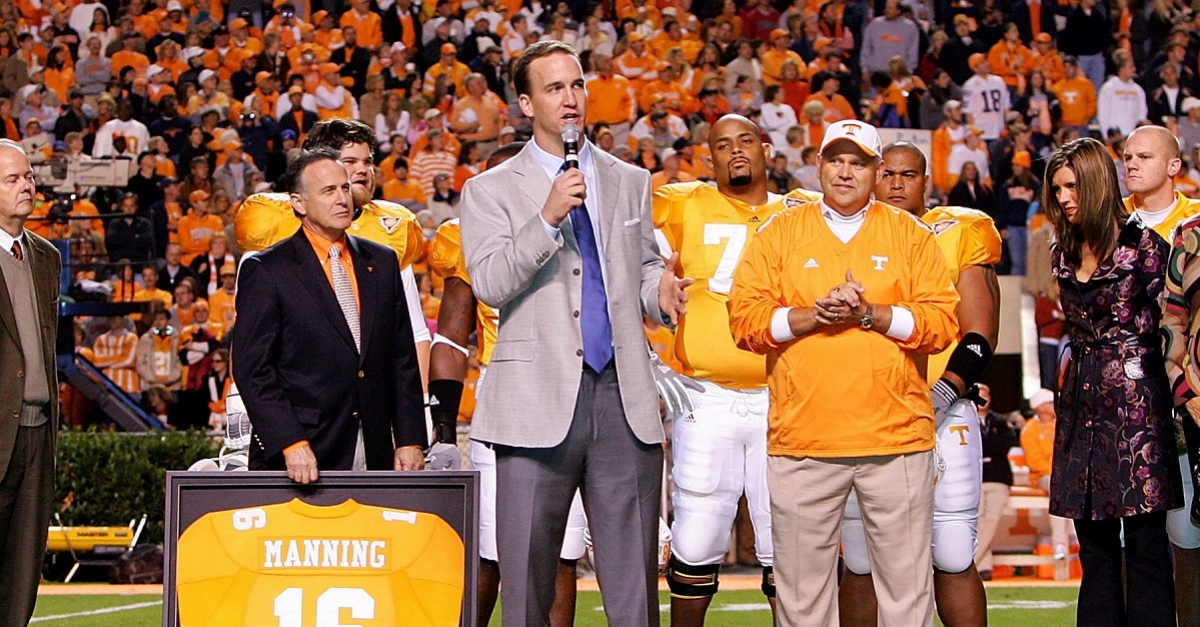 While leading the Tennessee Volunteers to the 1997 SEC Championship as a Consensus All-American, future Hall of Fame quarterback Peyton Manning was building a legacy that will never be erased. Peyton Manning Pass is a road in Knoxville. Manning’s collegiate No. 16 ? worn to honor his older brother Cooper ? was permanently retired by the Tennessee football program in 2005.

If Vols fans needed another reason to remember someone known simply as “The Sheriff,” there’s about to be a unique restaurant honoring the legend, too.

Manning partnered with Adventurous Journeys Capital Partners to launch “Saloon 16” inside the investment group’s new hotel, which is set to open in 2020. An ode to Manning’s nickname, plus his iconic football number, makes this a must-visit for every football fan heading to Knoxville, Tennessee.

Saloon 16 will feature a nostalgic atmosphere that sounds like a scene straight out of the Old West. According to WATE News in Knoxville, the bar and restaurant will include a classic jukebox, dart boards, outdoor dining, and live piano performances while you eat.

All that’s missing would be a set of swinging saloon doors with Peyton standing behind the bar, wearing a cowboy hat and serving Jack Daniels whiskey to everyone who sits down.

Before he picked apart NFL defenses, Peyton Manning had quite the career at the University of Tennessee.

This certainly isn’t the New Orleans, Louisiana native’s first dive into the food and beverage game, either.

The former NFL quarterback and MVP of Super Bowl XLI with the Indianapolis Colts retired as a winner after capturing Super Bowl 50 with the Broncos. Clearly, he’s had no trouble staying busy ever since then.

Setting up shop right across the street from the University of Tennessee also means the Mannings now have restaurants in two different states. Archie Manning, the patriarch of the Manning family, already owns Manning’s Sports Bar and Grill in Louisiana.

Hell, in a few years, it’ll be time for Eli to open up his own spot near the University of Mississippi as this family slowly continues to take over the world.

NEXT: Peyton Manning Nearly Passed on Tennessee and It Could’ve Changed History