This is the Best Hype Video of the Year, and It’s All About Neyland Stadium 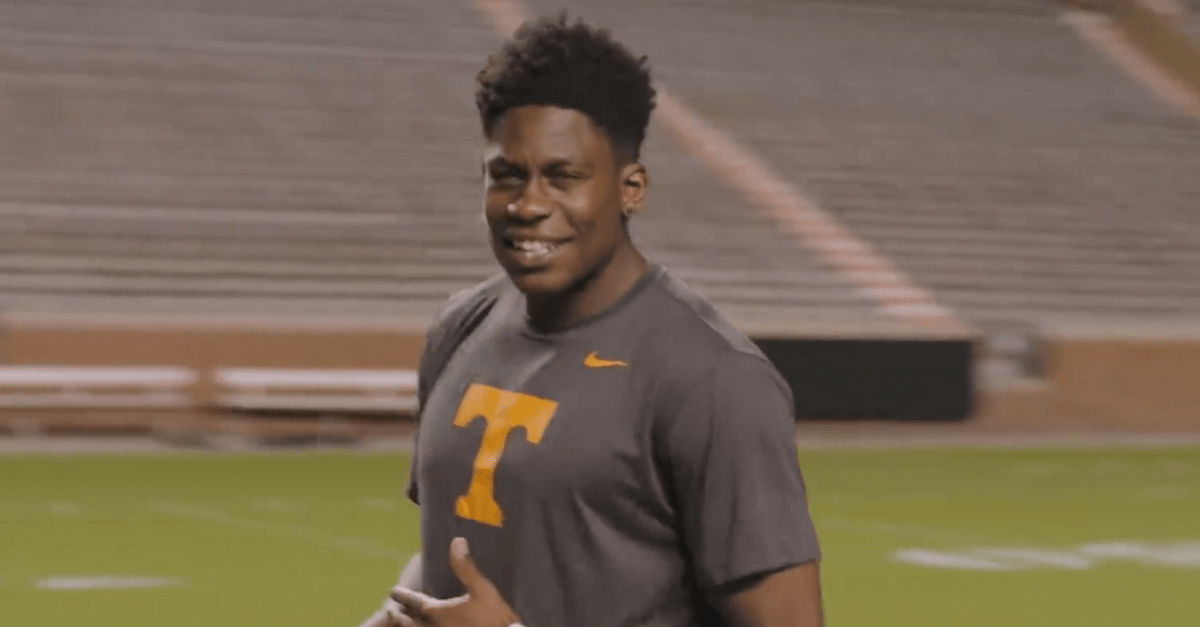 Crowd noise in college football is a huge factor. Period. With some college stadiums seating more than 100,000 people on a weekly basis, they make NFL stadiums look like the junior varsity. When that many people show up on Saturdays for a game, they’re bringing a noise so deafening that the ground can literally shake. Good luck trying to hear yourself think, let alone play football.

One place known for crowd noice is Neyland Stadium in Knoxville. First opened on September 24, 1921, the massive coliseum houses one of college football’s most historic programs, and they come by the thousands to support the Tennessee Volunteers football team. Everyone who has been to Knoxville knows about the noise there. Well, unless you’re another team visiting for the first time.

In 2015, the No. 19 Oklahoma Sooners and sophomore quarterback Baker Mayfield traveled to Knoxville to take on quarterback Josh Dobbs and the No. 23 Tennessee Volunteers in a massive Week 2, non-conference showdown.

After Tennessee jumped out to an early 17-0 lead, the Sooners triumphed in double-overtime, 31-24, on the back of four total touchdowns from Mayfield.

One year after that game, former Oklahoma offensive lineman Ty Darlington penned an article titled, “Create a Ruckus.” In it, he details just how insane, crazy, dedicated and loud the fans at Neyland Stadium really are.

That article is now the centerpiece of a video narrated by Volunteers’ basketball player Admiral Schofield, and it could be the best hype video we’ve ever seen.

Yeah. Find a brick wall and run directly through it.

For a program to back up itself is one thing. But to get the confirmation from another huge program, especially coming from a player who was named the Campbell Trophy winner, nicknamed the “Academic Heisman,” is something really special.

Later in that same memoir, Darlington says this about that game in Neyland Stadium:

“That night in Neyland Stadium, playing football seemed all but impossible, and that can be attributed as much to the men and women in the stands as to the uniformed men on the field itself. That night, as I boarded the flight back to Norman with Rocky Top ringing in my ears, I realized that I had been converted. From a man skeptical of fan impact, to a man in awe of it.”

There is loud, and then there’s Knoxville loud.

Doesn’t it seem curious that this video dropped the week that Tennessee hosts its SEC East rival, the Florida Gators, for a night game at Neyland?