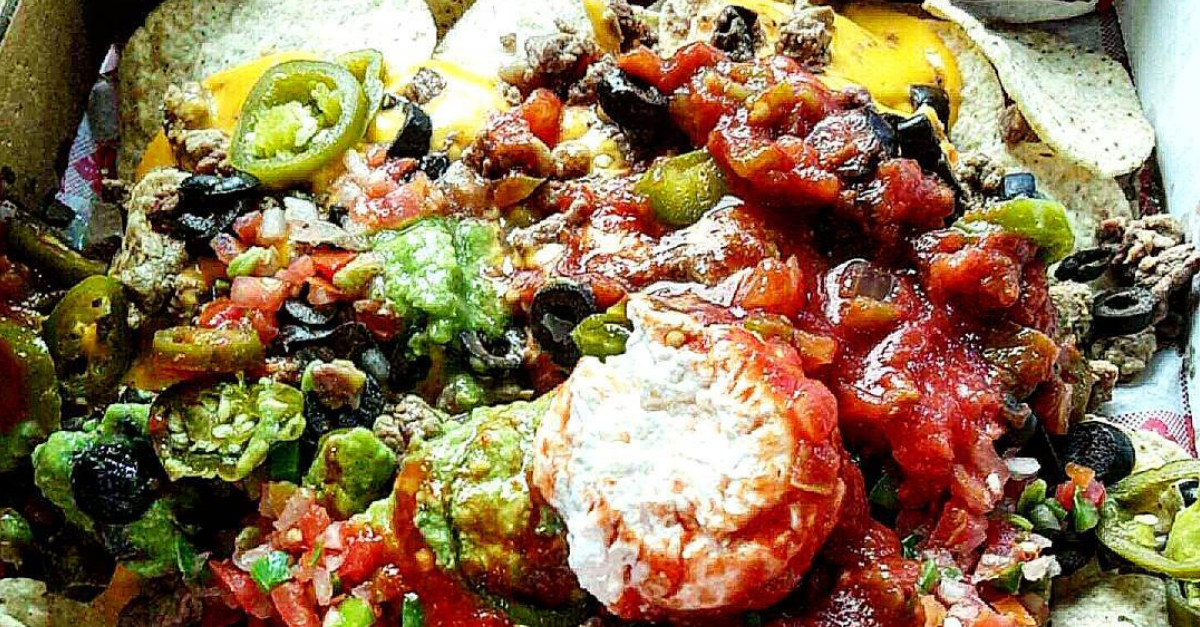 Don’t let the negative publicity around the NFL these days fool you. The National Football League is far-and-away the most popular professional sports league in the United States. Waning national anthem protests and unpopular Nike advertisements still won’t bury the league that’s approaching its 100-year anniversary.

Fans who still enjoy the highest level of competitive football has the offer to go to stadiums for two reasons: the game and the food. National Football League teams each have their own way of making the experience localized and exciting, and that starts with signature foods that represent their city’s culture.

From slow-cooked brisket to twice-loaded nachos and everything in between, NFL stadium foods are meant to be eaten with a cold beer in hand, napkins in your pocket and a bottle of Pepto Bismol waiting at home.

Here are eight juicy creations that you’ll be drooling over as we’ve finally arrived at the start of the NFL season.

It’s debuting for the 2018 season, but this titan of a game day treat might be here to stay. The monster of a brat is wrapped in melty Wisconsin cheese curds, topped with spicy mustard and sits beautifully in a pretzel bun. You can get your own heart-clenching creation for $12 at Green Bay Packers‘ games this year.

What satisfies the hunger of the blue-collar Indiana worker watching a Colts game? Well, apparently a massive piece of fried meat. This seasoned and hand-breaded, jumbo pork tenderloin is served with lettuce, tomato and red onion. Naturally, you also get French fries on the side. Good luck watching the game after this and not taking a nap.

The Arizona Cardinals rolled out a massive burger challenge, but these loaded nachos are worth the price of admission alone. These hefty nachos are topped with local chiles, slow-roasted pork, cheese sauce, guacamole, sour cream, olives and salsa. The only thing sturdy enough to hold this behemoth? A cardboard pizza box.

'The Midway Monster Dog' will be a new sandwich sold at #Bears games. #NFL http://t.co/1Axd31ulJi pic.twitter.com/7RHdE5YYuK

Want to know how Chicagoans stay warm in the winter? They eat these incredible creations at Bears games. A juicy dog is topped with corned beef, bacon caraway kraut, and mustard nestled into a fresh pretzel bun. I’d advise at least two Tums before and after you down this beast.

The Tampa Bay Buccaneers may be in for another disappointing season, but they’re coming in hot with this creation. These square cut fries are smothered in smoked ham, roast pork, salami, fried pickles, scallions and mustard cheese sauce. I can already feel the heartburn settling in…

With all that pastrami, we understand if you can’t finish America’s Hardest Working Sandwich. Just don’t expect a doggie bag—we only package leftovers onto a take-home pallet. #primantibros

I couldn’t call myself a true “Yinzer” if I didn’t include the ultimate game-day sandwich. Primanti Brothers have been serving up fresh Italian meats topped with thick cut fries and their famous coleslaw since 1933. From pastrami to capicola to the famous Pittsburger, they’ve got something for everyone. While you can find these anywhere near Pittsburgh, PA, get yourself a cold beer and a Primanti’s sandwich on game day at Heinz Field.

It’s just beautiful! Texas barbecue is a touchy subject, but Killen’s is a name you’re going to need to know. Killen’s famous slow-cooked brisket rests atop perfectly crisped waffle fries, smothered in pepper jack cheese sauce, and topped with chives and a dollop of sour cream. Houston Texans super-fan Ronnie Killen’s award-winning barbecue is here to stay, and he wouldn’t steer you wrong.

It debuted in 2015 at New York Jets games, and this colossus returns once again to clog arteries and remind you that breakfast is the most important meal of the day. Starting with a 10-INCH WIDE everything bagel, it comes with a half-pound of Taylor Ham, a one-pound Spicy Chorizo patty, and a one-pound Breakfast Sausage patty, topped with four fried eggs, four slices of American cheese, and potato hash. You’re going to need a few friends to help.