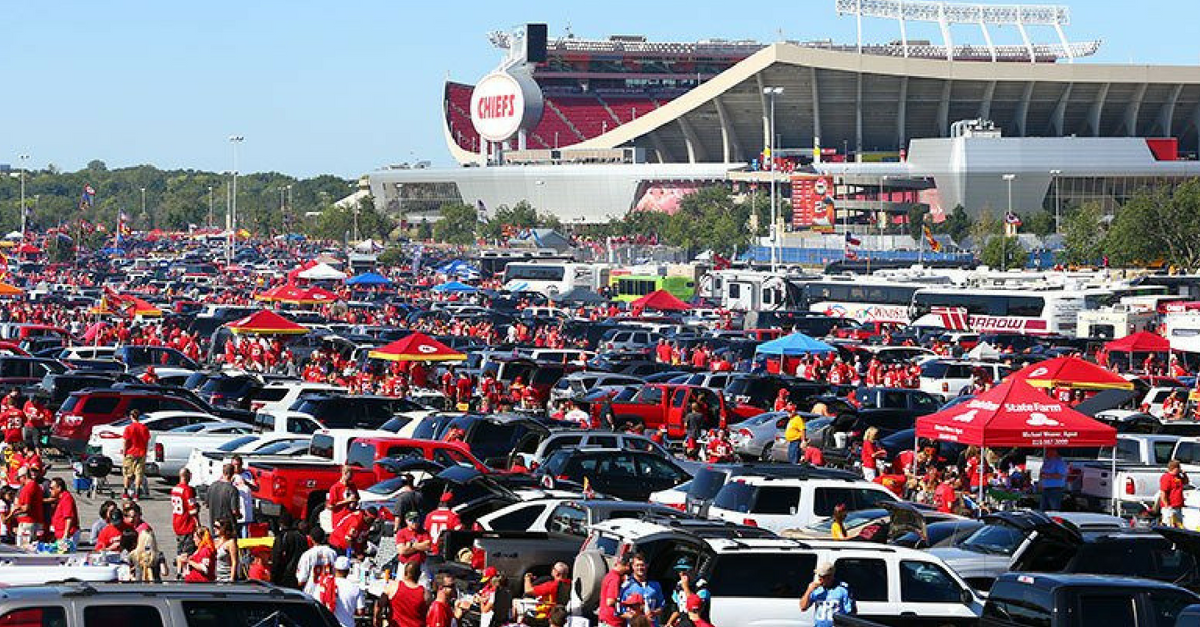 Tailgating is the ultimate pregame party. College towns dedicate entire streets to the cause while one NFL fan base is infamous for lighting themselves on fire and destroying every table in sight. At least one NFL city has decided enough is enough.

The Kansas City Chiefs will enact a new tailgating policy for fans utilizing the Arrowhead Stadium parking lots: once the game kicks off, you either have enter the game with your ticket in hand, or you have to pack up and go home.

The effort comes based from suggestions by the NFL on how to make the fan experience a better one. Chiefs president Mark Donovan talked about why the rule is coming into play:

Security teams will sweep the Arrowhead stadium parking lots after kickoff, and ask fans who are not attending the game to pack up and leave the area.

Despite all the good intentions, Chiefs fans are furious. Everyone in Chiefs Kingdom from public personalities to casual fans are up in arms about the new tailgate policy.

FOH @Chiefs, are you kidding me? https://t.co/vlnDu8mwFw

The worst chiefs decision I’ve heard of in years (maybe except for changing red Friday to fall on an away game !!!) what are they thinking? https://t.co/OkRmRXYkQN

Wait just one damn minute. Chiefs fans tailgate DURING the game?? Even when they buy tickets to the game??? It costs $35+ to get into the parking lot! https://t.co/o31yYbjuIq

It all makes sense in theory: they want partying close to the stadium to cap at kickoff. The Chiefs organization is hoping to curb any incidents they can near their property, like this 2013 incident that left one drunken tailgater dead, and ended with a wrongful death lawsuit.

Various college programs institute the same rule around the country, but that’s because they’re trying to keep kids from excessively binge-drinking. Now, they’re taking a stab into adults’ weekend livelihood, stepping into pool of constitutional rights entitled to every person of peaceful assembly.

Some fans are there for the true tailgate experience — they fire up the grill, sit back with a few cold ones and good friends, and cheer on their team when they can’t get into the game.

Fans are furious, and this policy is going to be met with a ton of backlash.