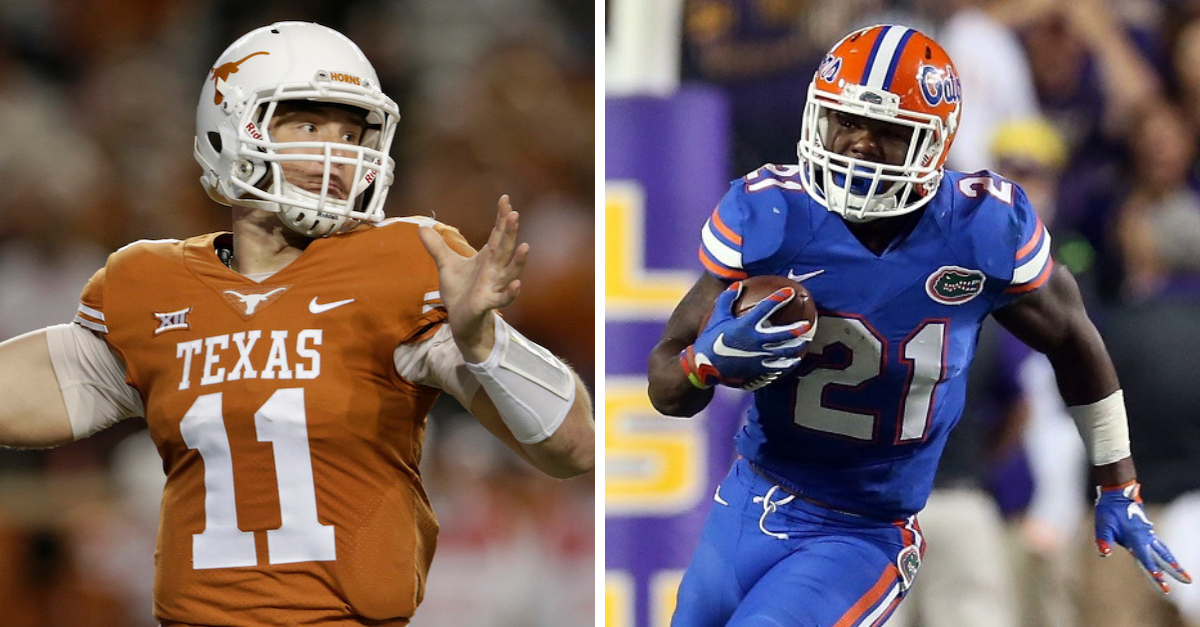 College football fans will do just about anything for their teams. They’ll travel across the country to deliver well-wishes and make giant turkey legs branded with the school’s logo. No matter where you look, college football fan bases are doing something insane to represent their school’s colors.

Michael Lewis is the Director of Marketing Analytics Center at Emory University, as well as a professor who loves analyzing all things sports. In a study he conducted, he broke down the best fan bases in college football using market research, and his findings are sure to stir up some controversy.

For the purposes of this study, Lewis breaks down how he determines what makes the best college football fan bases.

“When we talk about fandom, we are really talking about the relationship between teams and fans. If we focus on the team side the way forward becomes a bit clearer. On some level, college (and pro) teams are brands just like Apple or Coca-Cola. If we cast the question of fandom in terms of brand strength, then we can turn a bar room debate into a marketing science based analysis.”

Makes sense, right? In Lewis’ eyes, college football teams and their fan bases are like the groupies of a rock band. Great fans travel wherever game day is, support the brand on all its platforms, and buy up their merchandise at every turn.

To determine what makes a great fan base, and more importantly a strong brand, Lewis chose three metrics:

1. Revenue premium, which accounts for the total money that comes into a school, then compares that total to the estimated revenue of other schools. Lewis used consistent variables like alumni network, stadium size and overall team performance to even the playing field between larger schools with smaller ones.

2. Return on investment, which takes the brand’s strength into account. For example, if Alabama can grab any recruit in the country with a scholarship offer at the last second, they have a better ROI compared to a school like New Mexico State.

3. Relative football revenues, or how much of a particular market (wherever that school is) that each program owns.

All these values together, Lewis uncovered a Top 10 list of the most die-hard fan bases in college football:

RELATED: Paul Finebaum Declares Clemson the No. 1 Program in America

“WHAT!? NO ALABAMA CRIMSON TIDE!?”

“Are you kidding!? Where are the Ohio State Buckeyes?!?!”

“The USC Trojans have got to be here, right?”

Lewis’ list leaves off some major college football contenders, but his research factors make sense ? if a program is profitable, has a recognizable brand, dominate their market and have a large alumni network, then they qualify as a loyal fan base.

But no love for Dabo Swinney and the Clemson Tigers? Completely missing the Penn State Nittany Lions and Florida State Seminoles? Missing some of college football’s oldest programs like Texas A&M and Nebraska?

Told you this study was going to piss off people off across SEC country, into Big Ten, and all the way down to the Big 12…

Now, who’s ready for the bottom five fan bases in the country according to this study?

Somewhere, Miami head coach Manny Diaz is ripping his Turnover Chain and Purdue alum Drew Brees is hopping on a train to chat with Mr. Lewis.

This research study is sure to stir up some major controversy, but hey, when the numbers are backing it up perhaps these really are the most loyal fan bases in college football?

This article was originally published on September 14, 2018.