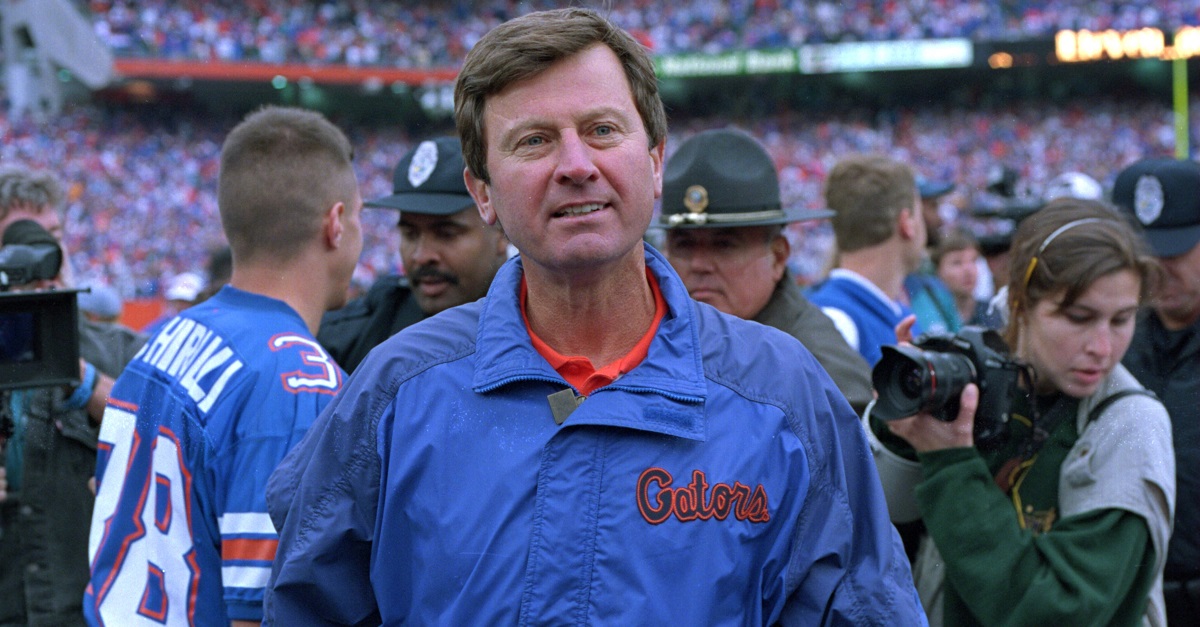 Tennessee has been going through an exhaustive and pain-staking coaching search since firing Butch Jones a few weeks ago. Everyone has weighed in on Tennessee’s search from the Greg Schiano debacle, Mike Gundy saying no and Duke’s David Cutcliffe even reportedly turning down the job.

Former Tennessee tormentor and Florida head coach Steve Spurrier has a legitimate candidate he thinks would bring the fan base back together and be a good choice for the school though.

Steve Spurrier on the Tennessee coaching search on ESPNU Radio: "I think they oughta hire Tee Martin, that would unite the fan base again."

Martin has been coaching at the college level in some capacity since 2009 and is the offensive coordinator for USC right now and has held that position since last season. However, he’s been with the school since 2012 when he started as a receivers coach. He came from Kentucky before that and was at New Mexico for a season before that as well in 2009.

Of course, most Tennessee will recognize Martin from his days playing quarterback for the university. He led the team to the 1998 BCS National Championship, something not even Peyton Manning managed to accomplish. He has the Trojans averaging about 35 points a game and almost 490 yards of total offense per game as well.