Who is Kyle Field Named After & Why? 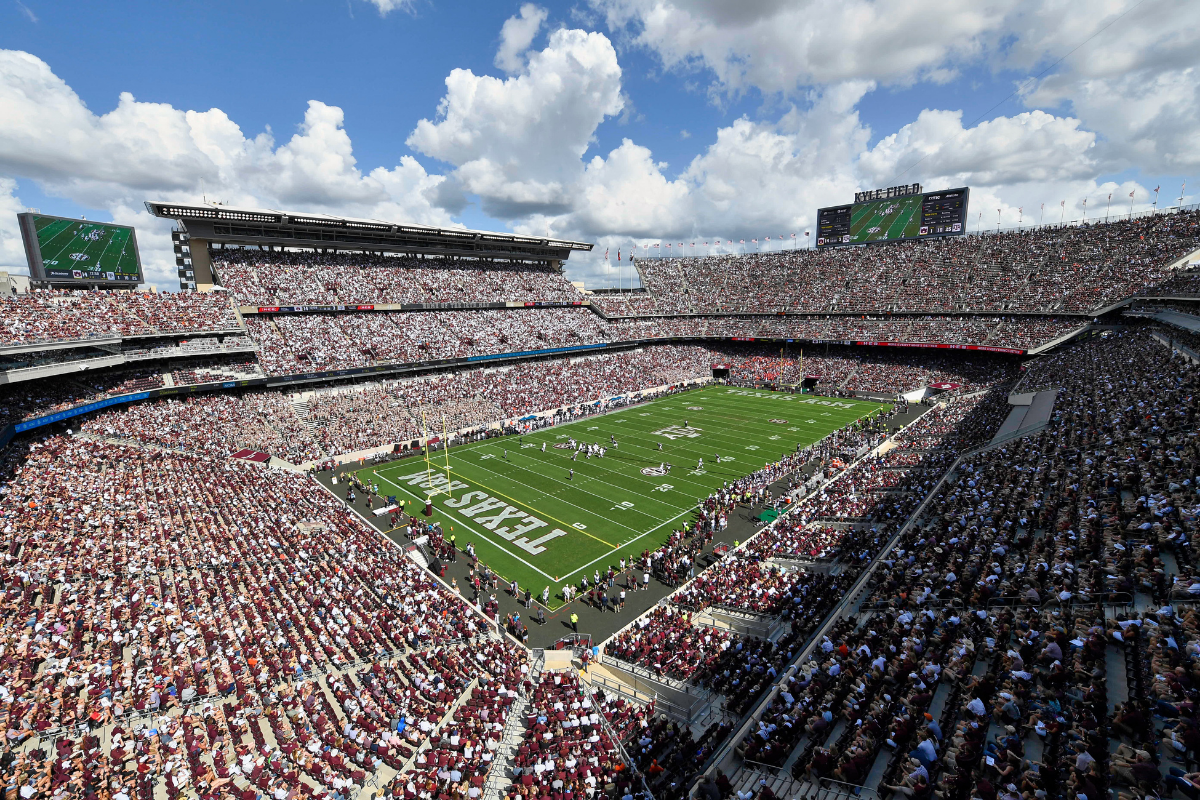 The cathedral of College Station, Texas, is none other than Kyle Field. It’s home to the 12th man, countless traditions, and, according to our fans, the best atmosphere in all of college football.

Kyle Field has always been a staple of Texas A&M University and the sport. Still, the history of the historic stadium is sometimes lost among all the chants and close games. For one, did you know Kyle Field is the oldest stadium in all of college football? Did you know it’s the fourth-largest stadium in NCAA football and the largest in all of Texas? I didn’t know any of these things until my old pal Google gave me a lifeline.

Kyle Field’s size is legendary, but it’s easy to forget the simple things. For example, who is this Kyle the field is named after?

Who is Kyle Field Named After?

Edwin Jackson Kyle graduated from Texas A&M in 1899. He returned to his alma mater to take a horticulture professor shortly after getting his degree. In addition to teaching students, Kyle was named the president of the General Athletics Association in 1904.

As the Aggies athletic director, Kyle wanted to build a field to promote the university’s athletic programs. However, Texas A&M was unwilling to shell out the cash. So, Kyle fenced off an area of the southwest section of campus assigned to him for agricultural use and fronted $650 out of his own pocket to build a grandstand. He added some wooden bleachers, too, allowing up to 500 people to watch athletic events.

In November 1904, the University recognized Kyle’s project as the school’s permanent home for football and baseball games. Two years later, the Corps of Cadets named the field in his honor, and the rest is history. Kyle wasn’t even the first member of his family to have something named after him. His parents, Fergus and Anna Kyle are the namesake of Kyle, Texas–a small town located about 20 miles south of Austin.

Edwin Kyle taught at Texas A&M for 42 years. During his time in College Station, he was the first dean of the School of Agriculture. He then served as the American ambassador to Guatemala under U.S. presidents Franklin D. Roosevelt and Harry Truman.

Kyle accomplished a lot throughout his life. It’s fitting his name will forever be associated with one of college football’s most iconic venues.