Texas A&M’s 12th Man Kickoff Team Was All Walk-Ons. They Were Also the Best. 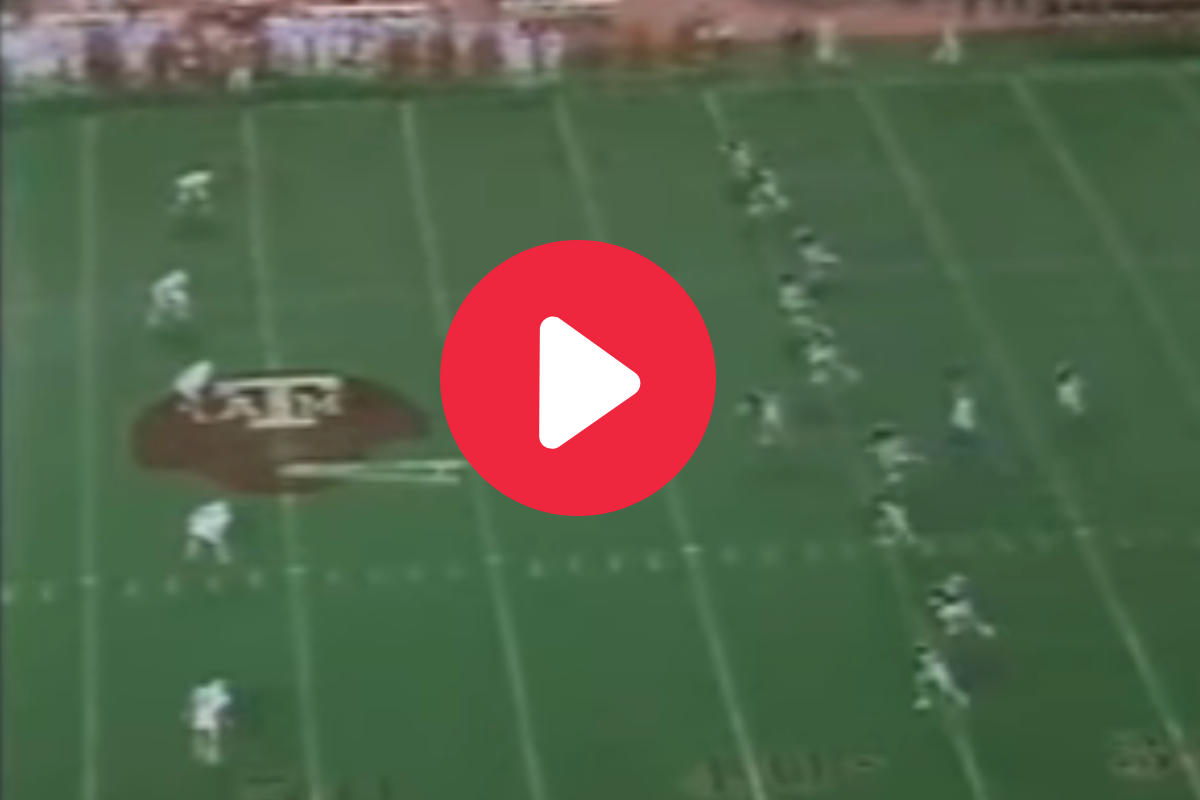 Texas A&M head coach Jackie Sherrill was still getting to know his program near the end of his first season in 1982. He heard the yells, songs and marches at the games. He wanted to venture outside the walls of Kyle Field to experience something new like the famous Aggie Bonfire.

Sherrill observed the student body working tirelessly to prepare for the big event. He saw how passionate Aggie fans were about their school. It sparked an idea.

“I knew that I could find, out of 40-some-odd thousand students, 11 guys that would cover kickoffs, but have no regard for their body and be tough as nails,” Sherrill said. “I just knew it would work.”

The Texas A&M football coach was going to build a kickoff team entirely of everyday students.

The Battalion, Texas A&M’s student newspaper, had a head-turning ad that would rival an idea from Don Draper: “Persons interested in trying out for the Twelfth Man Kickoff Team need to report to the Kyle Field Dressing Room on Monday, Feb. 21, at 5 p.m. No prior experience is required.”

The 12th Man tradition is centered around the idea that any Aggie will take the field if needed. Every little kid dreams of playing for his favorite college football team. Not everyone has the tools to do so. Sherill was giving them a chance, all he asked is that you play at 100 miles per hour.

A wild 252 students off the street showed up to the first meeting. The group was eventually cut to a 17-man unit that would cover kickoffs for 1983 home games. It was a bold move for the young head coach who was already under pressure to win.

The unit participated in scout team drills and got 30 minutes of action against the first-teamers before and after practice. Lo and behold, the walk-ons would beat the starters most of the time. It’s exactly what Sherrill wanted.

The 12th Man kickoff team saw its first game action in the home opener against Cal in 1983.

They stopped Cal kick returner Dwight Garner at the 17-yard line the first time they took the field. The balls-to-the-wall philosophy worked wonders throughout the season, where the walk-on coverage team gave up only 13.1 yards per return, which led the entire country.

It would become a common theme. The team allowed only 12.5 yards per return in its first five seasons as they went on to win three straight SWC titles from 1985-87. For reference, the NCAA benchmark is 25 yards.

Sherrill was fired and replaced by his defensive coordinator R.C. Slocum in 1988, who audibled to fill the unit with 10 scholarship players and one walk-on who wears No. 12. Slocum’s tradition continues today. Sherrill’s 12th Man kickoff team was turned into an SEC Storied Documentary called “No Experience Required” in 2020.

Somehow, Sherrill put together as fearsome a coverage team as anyone with entirely everyday students. It goes to show that when duty calls, Texas A&M’s 12th man will answer.

MORE: How Did The “Fightin’ Texas Aggie Band” Get Its Name?