There isn't much left for the 12th Man to hope for in regards to the Texas A&M football team. With a 4-7 record and no bowl appearance with the final week of college football coming up, it's almost impossible to even ask for a win from this team.

However, with a big rivalry matchup against No. 5 LSU on the horizon, some fans are keeping the faith that A&M can come off with a huge upset over the Tigers and "piss on their cornflakes" before the official College Football Playoffs rankings come out.

A Rivalry Game with a History of Fireworks 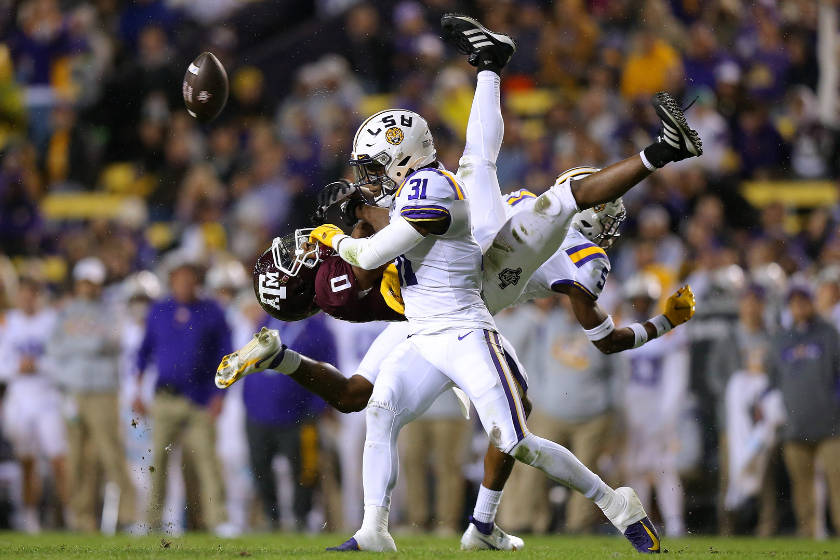 The matchup between the Aggies and Tigers has always been an exciting one to look forward to. Between the 2018 seven-overtime thriller to last season's slim three-point game, A&M and LSU are no strangers to competing until the last second. This season could prove differently considering the Aggies don't look like anything they have in seasons prior.

The Tigers, on the other hand, are thriving this season despite not even being ranked until Week 6. LSU returns to Aggieland on a five-game winning streak, while A&M is just breaking its six-game losing streak after defeating Massachusetts last Saturday. With the Tigers consistently moving up in the ranks and A&M not even appearing on the list, this could be an easy game for LSU. 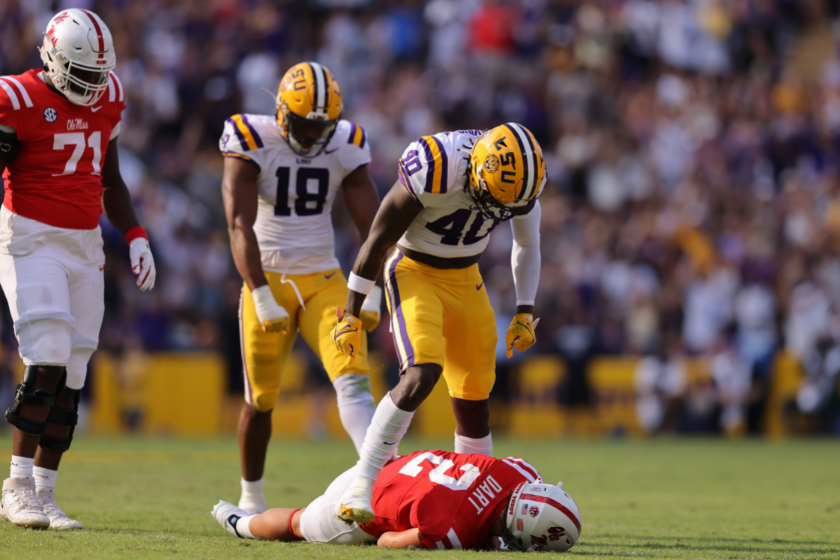 There isn't much that would hold the Tigers back from getting in and out of College Station with a final win on the season.

Looking at LSU's offense, it has averaged 33.4 points, 192.7 rushing yards and 245.6 passing yards per game. A&M, on the other hand, sits at 21.4 points, 129.5 rushing yards and 225.3 passing yards. While the passing yard difference isn't that large, the rushing yardage is a bit more startling considering the fact that junior running back Devon Achane contributed largely to that average. Achane has missed the last two games and should "hopefully" be back, A&M head coach Jimbo Fisher said. Now, if the junior doesn't come back this last week, the offense could be in huge trouble with freshman linebacker Harold Perkins Jr. threatening quarterback Conner Weigman's success.

Let's talk about this superhuman Perkins and the rest of the defense. Despite suffering from the flu, Week 11's matchup against Arkansas is having part of the nation dub the game "The Harold Perkins Game." The phenom finished off the day with eight tackles, three sacks, two forced fumbles and a pass breakup. After a performance like this, it seems Ohio State defensive end J.T. Tuimoloau has some competition for the best individual defensive showing this season. Perkins and the rest of the defensive unit have been getting the job done together as well. The corps have only allowed opponents 20 points, 132.2 rushing yards and 208.1 passing yards per game. Other than rushing, A&M's offense isn't going to be handed an easy game looking at these statistics.

Overall, the Tigers have virtually every lead in statistics on both sides of the ball. However, we've seen crazier upsets before, which brings this article to its main point.

They've Done the Impossible Before 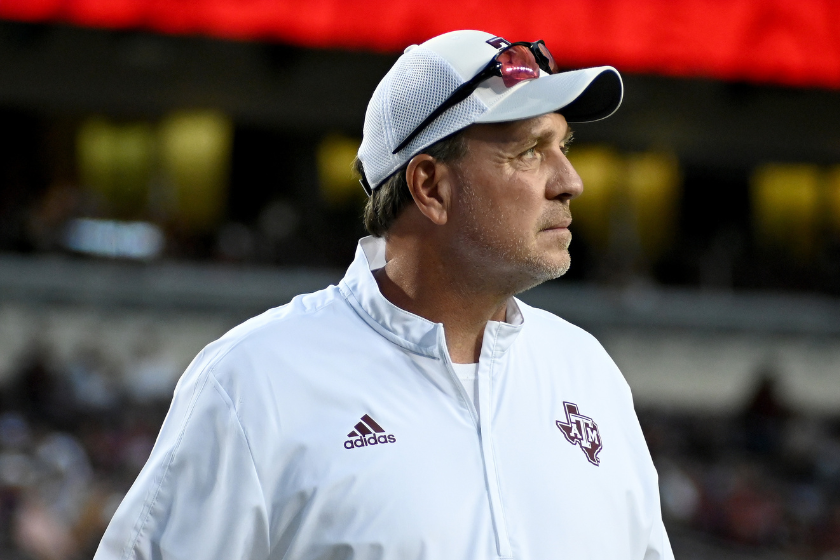 Everyone knows that A&M is able to take down a seemingly un-formidable foe, so we won't bother getting into 2021's No. 1 Alabama upset. However, it is worth noting that it nearly happened again this season. With such a disappointing season, the Aggies are hungry for a statement win. Getting rid of the six-game losing streak against UMass was nice, but it wasn't what this team needed. Taking down not only a rival during the final game, but the No. 5 team in the nation would mean a whole lot to not just the team but desperate fans looking for answers.

Fisher is known for surprises, and considering this is the last game, more tricks could be pulled out of his sleeve. There really isn't anything much else for this team to lose, so this game could be the 'Give it 120%' type of deal for the whole squad.

Despite the odds going in the matchup, "any given Saturday" is a real thing and if LSU lets up or gets lazy for any second, they could stay home for the holidays just like the team who put them there.