There might not be a more even rivalry in college football than the great Egg Bowl between Ole Miss and Mississippi State. Take, for example, the 15 wins each team has against the other since 1991. Or the fact that the Bulldogs have scored just 29 more points over those 30 games.

The Egg Bowl is undoubtedly an underrated clash. Head coaches have placed the opposing team's logo on urinals in the week leading up to the game. Spying on team practices before this game is so common that one school lined 30-foot trees around the practice fields. And, of course, fights are common.

The two teams play for the coveted Golden Egg Trophy, one of the great rivalry trophies in the sport. It's been awarded to the winning team since 1927. Nearly 100 years later, let's dive into why two teams from Mississippi butt heads over an egg.

How the Egg Bowl Got Its Name 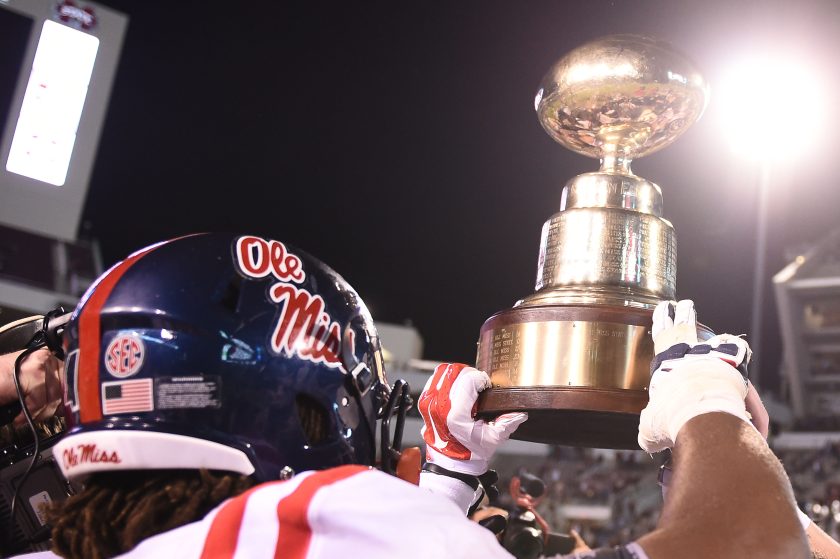 Here's the greatest part: the trophy is not an egg! That gold oval is a football -- it's hard to tell because the footballs back in the day looked more ovular.

The trophy was first introduced in 1927 by members of Ole Miss honorary society Sigma Iota after both schools concluded they needed a trophy to help prevent altercations after each game. In 1926, a nasty fight broke out among fans after Ole Miss won, and fans tried to rip out the goal posts. In response, Mississippi A&M College (which is now known as Mississippi State) fans retaliated. The state fans even resorted to attacking Ole Miss fans with chairs.

Ever since, the Golden Egg Trophy has been awarded to the winner.

Though, the game didn't become known as the "Egg Bowl" until the 1970s. In 1978, both teams were ineligible for a bowl game because of their records, which led to a story in The Clarion-Ledger declaring that year's game the "Egg Bowl." The headline? "Egg Bowl Is Up For Scramble." Ole Miss won the game, and the nickname stuck in the media. 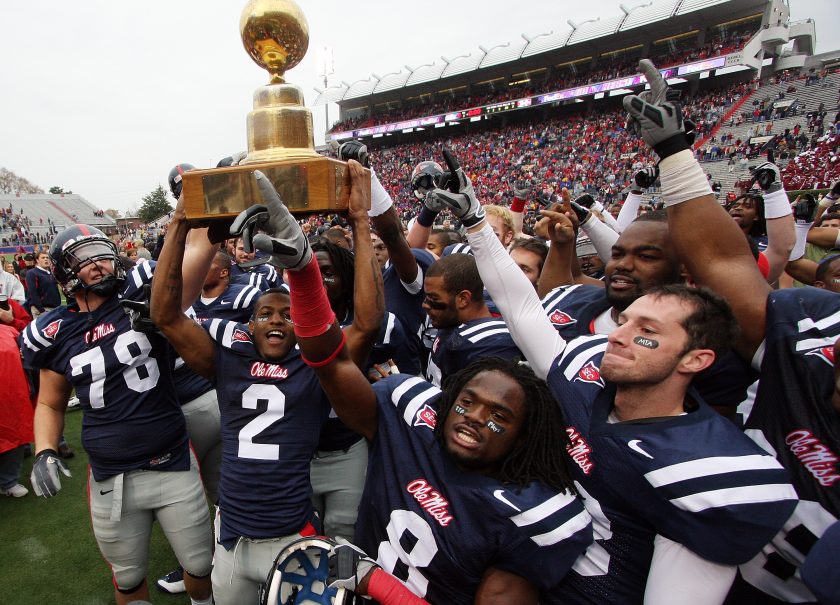 This year's matchup will mark the 119th time both teams have met on the gridiron since 1901, when Mississippi State won the initial matchup 17-0. The Egg Bowl never disappoints, especially with coaches like Lane Kiffin and Mike Leach. And I wouldn't expect that to go any differently this season.