Former Baylor University defensive end Shawn Oakman was a highly-regarded NFL Draft prospect in 2016, however, his NFL dreams were uprooted following sexual assault allegations just a few days prior to the draft.

Oakman, who was projected by some scouts as a first-round pick in 2016 ended up going undrafted, as no NFL teams were interested in using a draft pick on him with all the negative press surrounding him.

Where is the man who went viral for his freakishly large frame today?

Baylor?s Shawn Oakman gets turned into some fantastic internet memes due to his huge frame http://t.co/21cB7jVHw5 pic.twitter.com/UoLcTAEOcg

Shawn Oakman's NCAA career started off at Penn State, having played at Penn Wood High School outside of Philadelphia, Pennsylvania. However, he was dismissed from the Nittany Lions football team by then-head coach Bill O'Brien after violating team rules.

Oakman landed on his feet and joined the Baylor Bears. At one point he was heralded as a potential No. 1 overall pick by Sports Illustrated's Chris Burke and a Top-20 pick by Bleacher Report's Matt Miller after a prolific 2014 campaign at Baylor that saw him record 11 sacks, 52 tackles and four forced fumbles.

Baylor made the Cotton Bowl during his junior season but was defeated by Michigan State.

Oakman went viral as an Internet meme in 2015 after a photo emerged of him looking like an absolute tank. 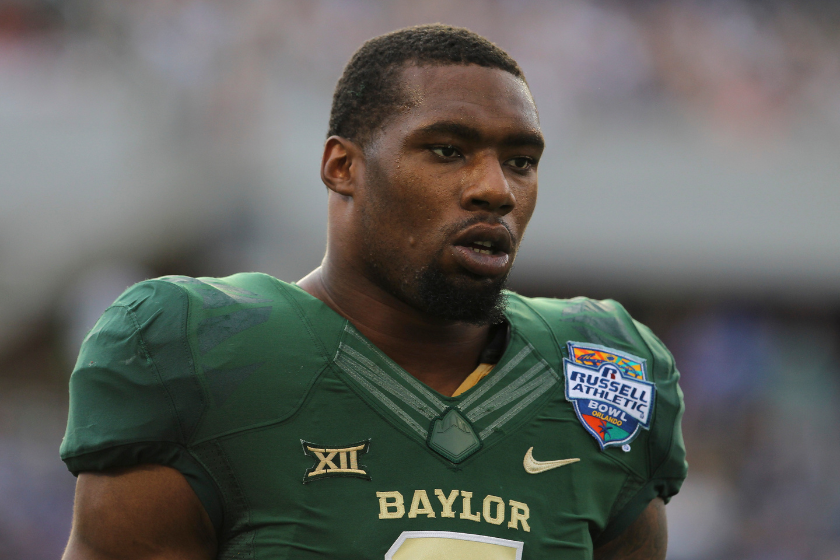 In 2019, a grand jury at the McLennan County Courthouse found the former Baylor Bears star not guilty of assaulting the female whom he had previously dated, citing evidence of consensual sex between Oakman and his accuser.

Unfortunately, the damage had been done to the Baylor football star's career as a professional football player.

Discussing the traumatic experience with the Philly Voice, Oakman revealed that he received a ton of backlash on social media, explaining that people called him a rapist despite the not guilty verdict.

"I wasn't going to open myself up again to be accused of, or doing anything wrong," Oakman said about the incident. "I went to Baylor to change my life. All of that partying and bulls**t I did at Penn State, that all went [away]. I was totally anti-social at Baylor. I wasn't in that partying scene on campus.

"I think that's what's so frustrating about this. I should have just stuck to the things I did when I was in Waco. That was stay home. That's what I should have done, but that can't change what happened.

"Most everybody turned their backs on me. For three years of my life, I was stuck in 2016. I had to live in Waco. I had to see the same people over, and over, and over again, and everyone looking at me like I was a rapist.

"I loved Baylor .... I was part of something special there that put that school on the map. We had special coaches and special teams there. We made that school millions and they turned their backs, I think, on everyone I played with and who I played for. But you notice that they kept the money." 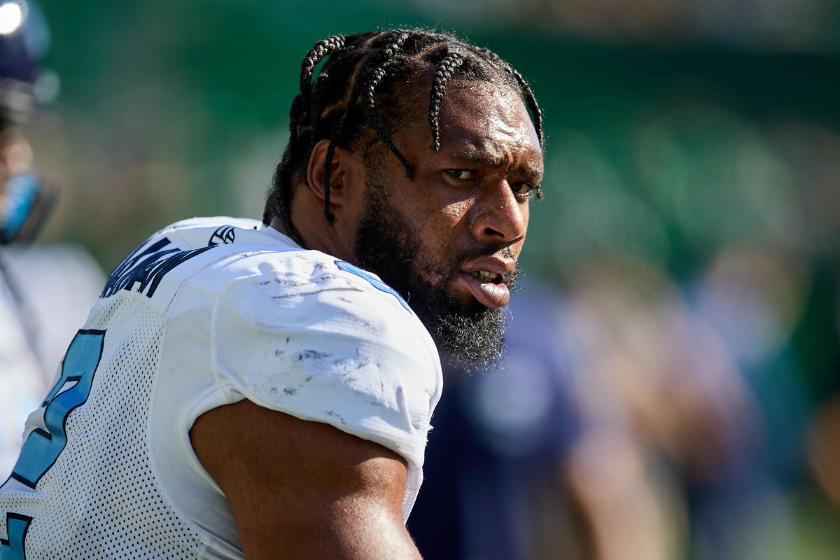 With his legal troubles behind him, Oakman worked hard trying to prove he belongs in the NFL. The free agent didn't have too many NFL prospects after his legal issues, but did get a shot at joining the league. He earned a workout with the New Orleans Saints shortly after he was found not guilty, but nothing ever materialized with the two sides.

Instead, he took his talents to the XFL, where he played four games for the Los Angeles Wildcats prior to the league folding due to the coronavirus pandemic. The defensive lineman then signed a two-year contract with the B.C. Lions of the CFL, though that league also shut down to the COVID-19 outbreak.

Additionally, he's held short stints with the Bismarck Bucks of the CIF's Spring League and the Triangle Torch and West Virginia Roughriders of the AAL.

The former college football star is now 29 years old and still searching for his first chance in the NFL. He's still hopeful he'll get his shot eventually. Until then, he's playing in the Canadian Football League (CFL), where he signed with the Toronto Argonauts in February 2021.

MORE: Brian Bosworth Dominated College Football, But Where is He Now?