In the first game of the 2022 season, Stanford quarterback Tanner McKee threw for two touchdowns while completing 22 of 27 passes for 308 yards, leading the Cardinal to a 41-10 victory over Colgate.

It was an impressive stat line that many have come to expect from a guy getting a lot of chatter about his potential for the NFL.

However, the stat line may be the least impressive thing about this young man, especially considering what he's done and been through to get to where he is. 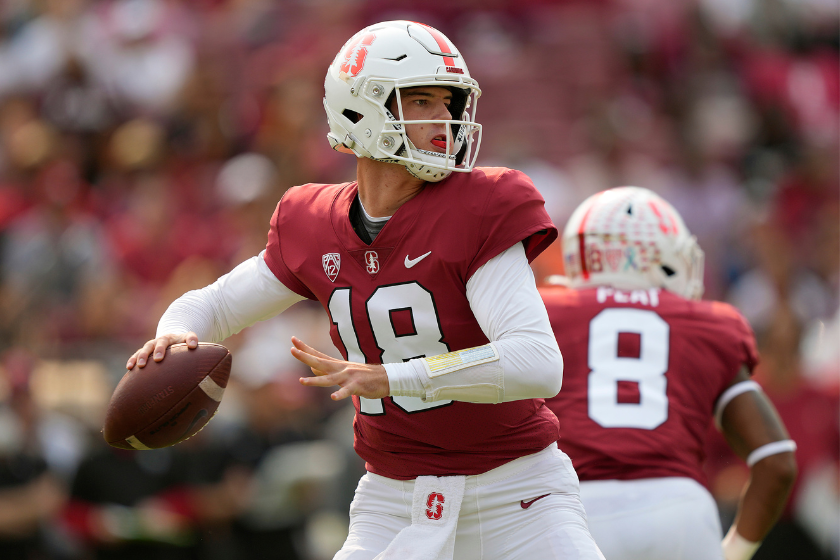 Born in Irvine, California, Tanner is one of four children to parents Layna and Jeremie McKee. He grew up in nearby Corona, where he attended Centennial High School, playing for head coach Matt Logan. It was during his years as a high school quarterback that many began to take notice of his football acumen. He garnered a laundry list of accolades during his career at Centennial that ultimately led him to be rated as the No. 3 Pro-Style Quarterback on the 247 Sports Composite Rankings, while also battling cancer at the age of 16.

In 2017 he was named as one of the Elite 11, a nationwide competition of high school quarterbacks that takes place annually in Oregon. Of course, that all led to quite a lot of attention from some of the top college football programs in the country. Schools like Alabama, Texas A&M, Stanford, Washington, and Texas had all reached out. One thing that the McKee family made clear from the start whenever a coach would call was that Tanner would be deferring the start of his collegiate career so he could serve a Mormon mission. McKee is a member of The Church of Jesus Christ of Latter-Day Saints (LDS).

From an early age, Tanner had always known he'd wanted to serve a mission. Growing up in the Mormon faith, he'd heard stories from his father's days as a missionary in New Zealand. In the summer of 2018, he departed for Paranaguá, Brazil -- where he'd been assigned to serve his two-year Mormon mission. While there, football would be on the back burner. There would be no studying of playbooks or watching game film. His workouts were improvised and fit in whenever he could so as to not interrupt his primary function as a missionary. Purely from a football perspective, it was a somewhat risky move.

A Man on a Mission 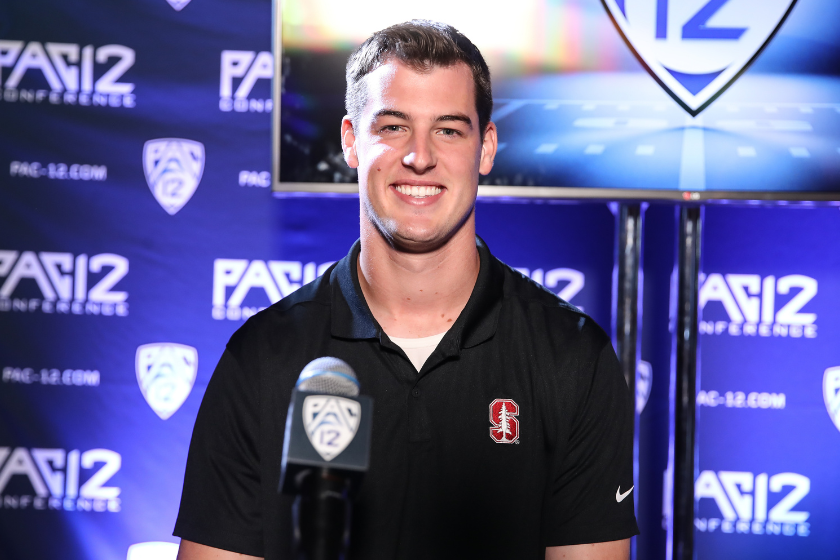 There have been other college football players who've served missions over the years. Some of them have also been quarterbacks. New Orleans Saints quarterback turned tight end Taysom Hill served a mission in Australia. His college career didn't turn out quite as he'd hoped after suffering multiple season-ending injuries. He persevered and achieved success in the NFL despite the setbacks in college. There was also Tanner Magnum, who played quarterback at BYU not long after returning from his mission in Chile. In the first game of the 2015 season, Magnum managed to lead the Cougars to a 33-28 over Nebraska after Taysom Hill went down with an injury earlier in the game. The two years away from the rigors and routines of NCAA college football programs can make it difficult for players to get back to where they were when they departed, but Tanner has never had second thoughts about his decision.

His two-year mission was cut short by a few weeks thanks to the COVID-19 pandemic. It was just another bump in the journey that McKee has been on his entire life. Upon returning home in 2020, he kept up the routine he'd adopted while in Brazil -- working out on his own with the resistance bands he'd had with him. The tail end of his mission did afford him access to a weight room, so he was able to regain some of the strength and muscle mass he'd lost when he first departed for his mission. Being back in the US enabled him to head down to the park with family members to get some throwing in. He was also able to watch game film while also keeping in touch with Stanford's head football coach David Shaw. He began immersing himself in the playbook to prepare for his return to college football.

Leading Stanford for a Final Season 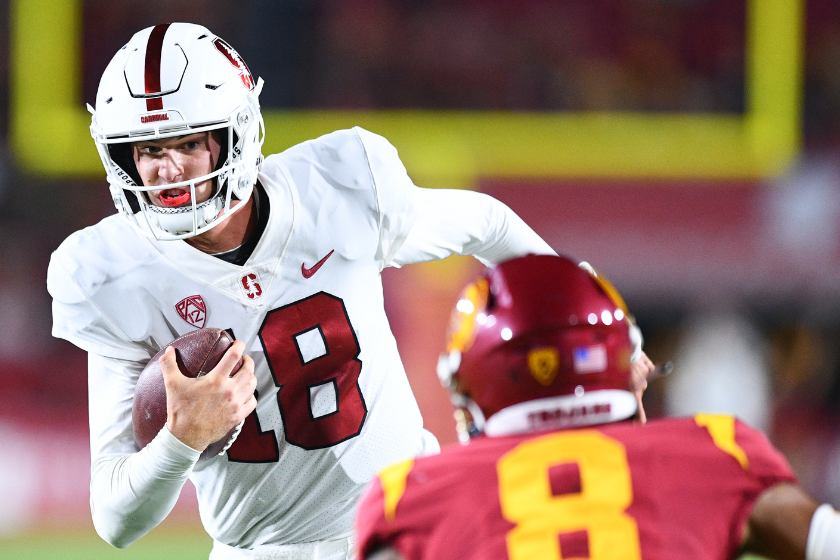 In September of 2021, McKee stepped on the field as a starter for the first time, leading his team to a 42-28 win over USC (ranked No. 14 at the time). By the end of the season, he had thrown for 2,327 yards, completing 206 out of 315 passes. He threw for 15 touchdowns and seven interceptions. Stanford football finished with a 3-9 overall record last year, but McKee is looking forward to improving upon that mark as this season gets underway.

"I feel great physically. I'm ready to go and I put on a few pounds. As far as last year, more experience, just being in the offense," McKee told the Desert News. "A lot of things that are changing pre- and post-snap that defenses are trying to do to mix up looks and things like that -- just a little more experience of seeing that. It's being able to play with a little more anticipation. It was great."

The defeat of Colgate is a promising start for this young man. He'll be someone to keep an eye on as the season progresses, especially as he continues to garner praise as college football's most NFL-ready quarterback.