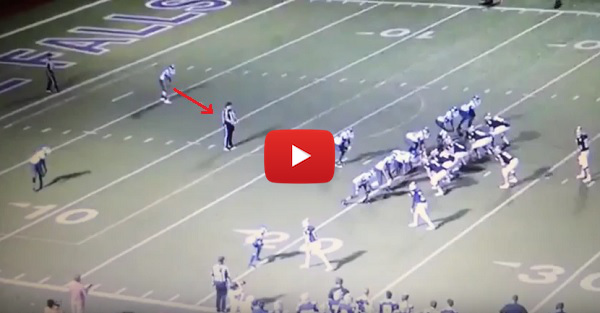 Two San Antonio area football players were in huge trouble a few years ago after intentionally targeting and hitting an official at the end of their game on under the Friday night lights.

Marble Falls High School defeated John Jay High School 15-9, but that is not what anyone is talking about after the game. The big news is that two John Jay players appeared to intentionally target an official after an alleged bad call, with the two laying huge, blindsided hits on the referee.

According to MySanAntonio.com, both players were ejected and the incident was under investigation by the local athletic boards. The students were suspended from school, as well as the team. Northside ISD athletic director Stan Laing called the video “very disturbing.”

What a terrible display of sportsmanship. Bad calls happen regularly in sports, but I cannot say that I have ever seen anyone attempt to obliterate the official in retaliation. Two players were ejected from the game prior to this play, too.

This post was originally published on September 6, 2015. We brought it back as a reminder of that sportsmanship matters.