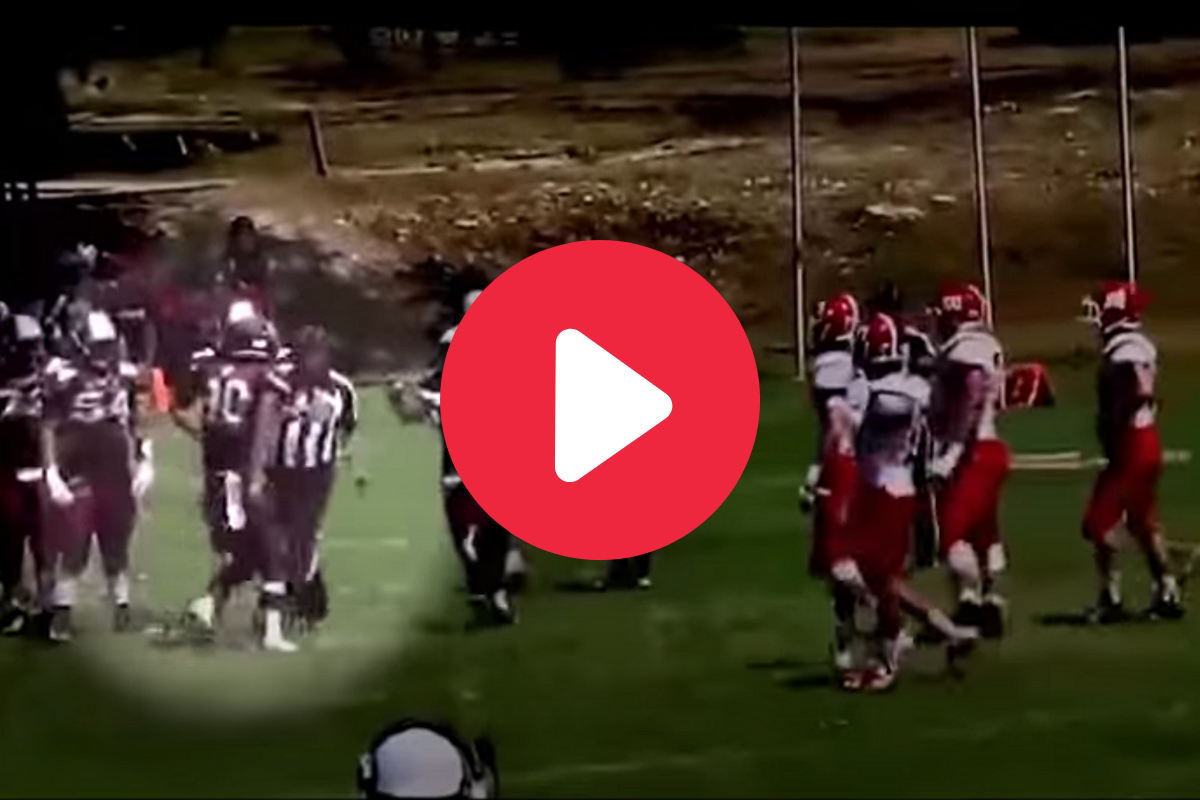 A Texas high school football player landed himself in some very hot water.

St. Anthony’s Catholic High School safety Zeke Cardenas was kicked off the team and suspended from school for three days after pushing a referee in a Saturday game against Austin Hyde Park back in 2015.

RELATED: 6-Foot-11 High School QB Was The Tallest Ever, And He Could Sling It

In the video above, Cardenas can be seen shoving the referee, who threw a flag after a fight between the two teams.

According to a report from San Antonio news station KSAT, the school released a statement:

“St. Anthony Catholic High School (SACHS) understands the severity of the incident that occurred Saturday between a SACHS football player and a game official. We have taken swift action, as we would with any incident involving the behavior of our students, and the player has been removed from the football team. In addition, he has received a three-day suspension while the incident is investigated further. Again, St. Anthony Catholic High School does not tolerate this type of behavior from our students.”

This incident was even more shocking given that is came on the heels of a similar occurrence the week before involving two football players from John Jay High School, who targeted and hit a referee during a game. The two players were suspended and assigned to different schools.