Upset alert: 3 teams that need to be careful in Week 3 of college football 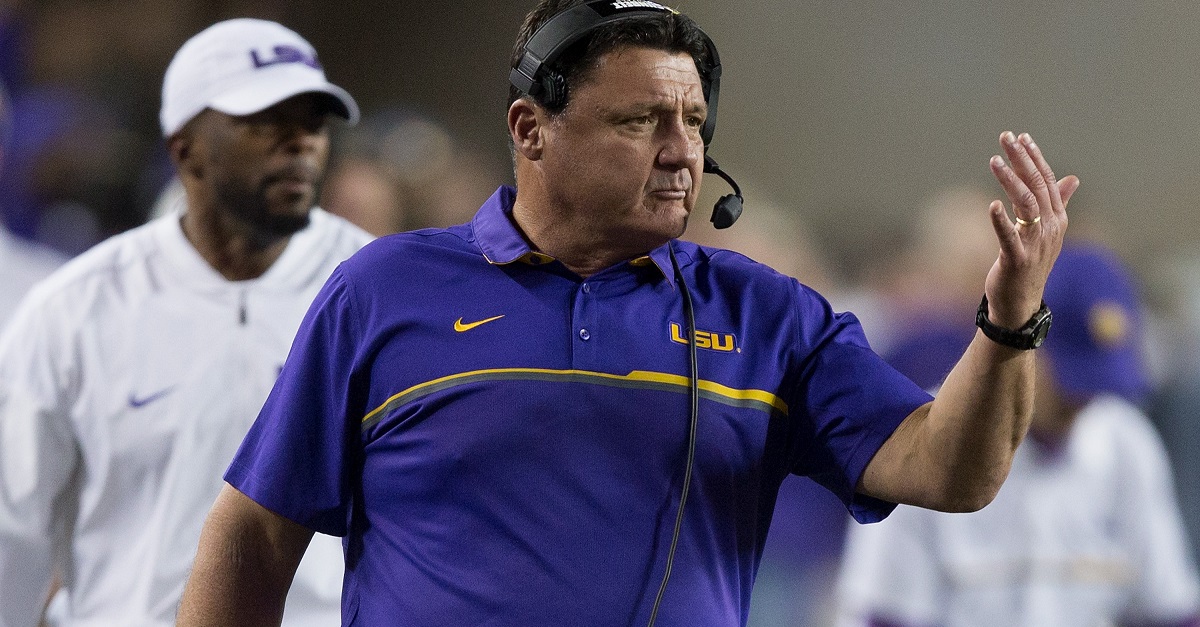 Week 2 brought some chaos to college football, as Oklahoma upended Ohio State to put some flavor into the rankings. Could a team do the same this week to potentially add some more? Let’s find out, as these are the three teams on UPSET ALERT this week.

Nick Fitzgerald has continued to develop at quarterback for Mississippi State, and the Bulldogs will be seeking revenge after falling short of a late comeback in this game last season.

LSU has looked great so far in wins over BYU and Chattanooga, but this will be their first test to see if they can put up points against a fellow SEC defense on the road. Mississippi State should have an improved defense from last season, and they will be able to put up points even on a team like LSU.

A “Starkvegas” upset? It could happen.

This could very well to be one of the best games of the week. This is your usual solid Kansas State team, but this is not your usual Vanderbilt squad; the Commodores have really started to put something together in Derek Mason’s fourth year with the team.

Quarterback Kyle Shurmur has started to break out for Vanderbilt, but the key to this game will be running back Ralph Webb. Webb rushed for over 3,000 total yards in his first three seasons at Vanderbilt, but he has started slow in the team’s first two games this season with only 103 yards on 37 carries. That won’t cut it against a Kansas State defense that returned six starters from last year’s team that was in the Top 25 in scoring defense. But if Webb is finally able to break out… Vanderbilt could pull it off.

In the six full seasons that David Shaw has been at Stanford, the Cardinal are 65-18 and have only lost back-to-back games a total of two times. This could very well be the third time.

San Diego State isn’t in the Top 25 in either major poll, but they are receiving votes in both the Coaches and AP Polls. Point is that they are a good team that is finally starting to get some real national recognition. This is a big game for them, and it is being held in San Diego. Meanwhile, Stanford is reeling after a loss to USC last week, and the Aztecs are coming off one Pac-12 win already with a win last week at Arizona State. Seems like the perfect storm for an upset.