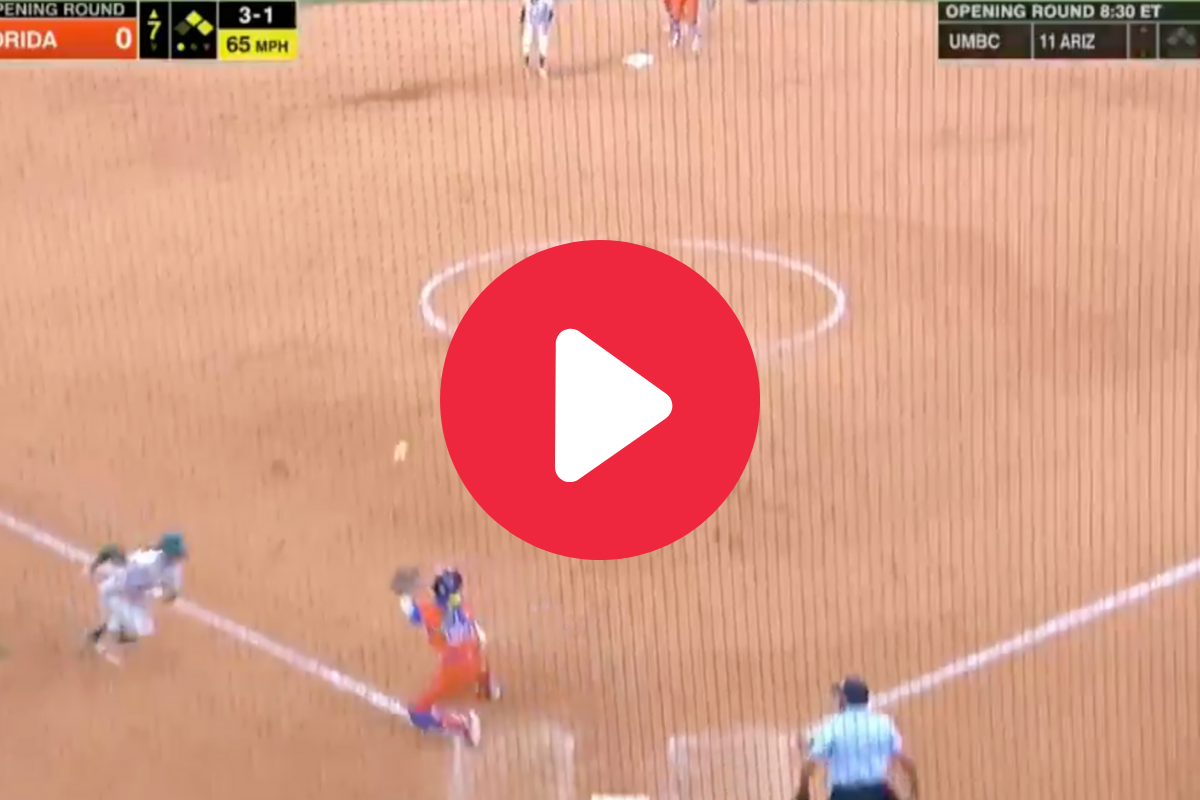 Cheyenne Lindsey has ice in her veins. So does Julia Cottrill. Throw in Charla Echols, too.

In fact, the whole Florida Gators softball team may be clutch judging from the play that may have saved their season.

There are tailor-made double plays, and there is this incredible double play that featured a cannon throw, heck-of-a tag and a keen presence of mind.

UF found itself on the verge of a first-round loss to the University of South Florida in the NCAA Tournament at the Gainesville Regional. That would’ve been a big deal, because it would have meant they’d need to win four more games (instead of two) to advance to Super Regional round.

The game was scoreless until the top of the seventh inning. USF had a couple runners on after an error and a walk. To this point, the Bulls hadn’t recorded a single hit yet.

USF’s Bethaney Keen bounced a single up the middle that spelt trouble for Florida. As the runner on second rounded third base, UF centerfielder Cheyenne Lindsey fired a strike home to catcher Julia Cottrill.

She stretched her arm out to make the tag and quickly threw over to third baseman Charla Echols for the inning-ending double play.

Florida went on to win the game in the bottom of the seventh on Hannah Adams’ walk-off double that scored (who else?) Cheyenne Lindsey.

The action-packed double play may have been season-saving because UF couldn’t afford a loss so quickly in the double-elimination regional. Baylor and South Alabama make up the other two teams in the Gainesville Regional.

Florida hopes to book a ticket to the Women’s College World Series, and this double play was the first step toward Oklahoma City.