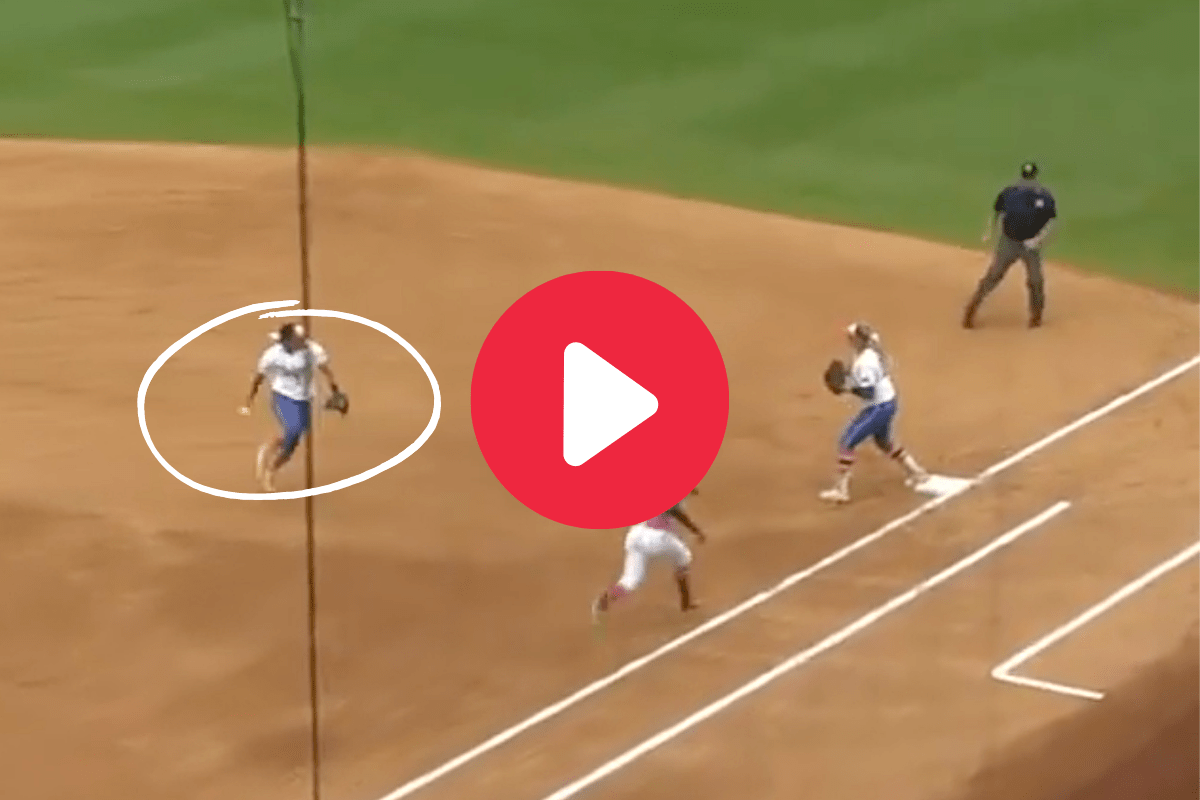 Kelsey Stewart was more than just one of the greatest softball players in Florida Gators history. She was practically a part-time magician every time she trotted out to second base with her glove on her hand.

All the speedy left-handed hitter did in Gainesville is collect more hits, runs, triples and stolen bases over her four-year career than anyone to ever don the orange and blue uniform. As the leadoff hitter, she was an integral part of a roster that won back-to-back NCAA Women’s College World Series titles in 2014 and 2015 under head coach Tim Walton.

While Stewart impressed with the bat in her hands, one of her greatest moments in The Swamp came in the field.

The 2015 SEC Player of the Year and All-American made a career-low six errors during Florida’s 2015 national championship season. Plays like this one against the Georgia Bulldogs proved why she was known for her glove.

UF led 3-0 in Athens when Bulldog hitter Cortni Emanuel slapped a slow-rolling ground ball toward Stewart in the first inning.

Stewart knew she had to get rid of the ball quickly because of the quick runner, which is why she opted to throw the ball BEHIND HER BACK to first base for the incredible out.

The announcers couldn’t believe it, and I don’t blame them one bit.

Stewart wrapped up a legendary college softball career and went on to play for Team USA Softball. The Wichita, Kansas native was selected to play in the 2020 Summer Olympics before the coronavirus pandemic and COVID-19 outbreak ruined that. However, she still calls herself a “future Olympian.”

With hands like that, Kelsey Stewart will soon enough show off her skills on an international stage.