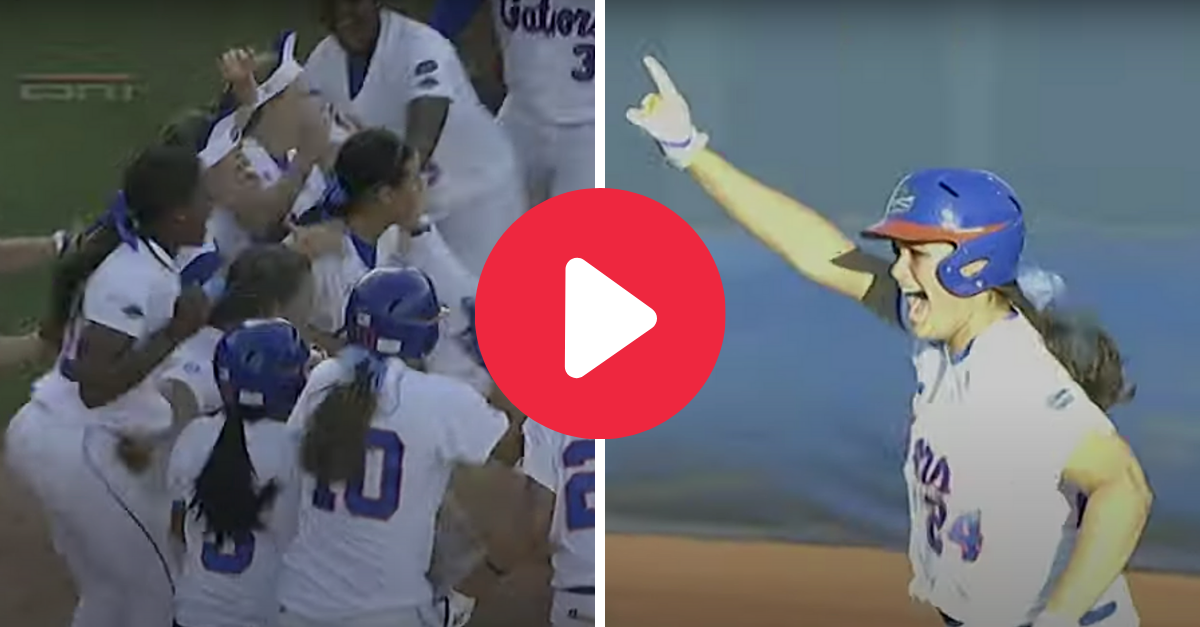 The 2008 Florida Gators made history. The team’s 70 wins still tops the NCAA record books thanks to five All-Americans on the roster. However, a pair of extra-inning losses in the Women’s College World Series ended Tim Walton and company’s remarkable run short of their ultimate goal.

Coming into 2009, the reigning SEC regular season and tournament champions were on a mission that landed the University of Florida Gators in uncharted waters.

The preseason No. 1 team lost its third game to the Baylor Bears at home inside Katie Seashole Pressly Softball Stadium. They lost again two weeks later to the then-No. 7 Washington Huskies in the Cathedral City Classic.

After that, the Gators didn’t lose for over a month.

Florida’s 23-game winning streak was snapped in late March by the SEC rival Alabama Crimson Tide. It was the last time the Gators lost in conference play that season, racking up a 26-1 record and repeating as both regular season and SEC Tournament champs.

That loss to Patrick Murphy’s Alabama juggernaut built a freight train of momentum, too. Riding a 26-game winning streak through the NCAA Tournament’s Gainesville Regional and a Super Regional sweep of California, Florida arrived in Oklahoma City in search of the program’s first-ever appearance in the Women’s College World Series final.

RELATED: Florida Gators Named No. 2 Softball Team of the Decade

After wins over Arizona and Michigan, the Gators met the Crimson Tide in a win-or-go-home scenario for Alabama. Florida led before ‘Bama broke the game open in the fifth inning, scoring four runs to take a commanding 5-2 lead.

Fast forward to the bottom of the seventh inning: With two outs, Florida’s Megan Bush drew a walk to load the bases, bringing first baseman Ali Gardiner up to bat. The 2008 All-American set UF’s single-season record with a .407 batting average the year before, so while the lefty’s ability to tag base hits was well-known, being a power hitter wasn’t exactly her forte ? She hit 19 home runs in 627 career at-bats before stepping to the dish.

Her 20th and final career home run was an oppo-taco that cleared the left field fence, left Alabama stunned, turned ASA Hall of Fame Stadium into a madhouse, and sent Florida to its first-ever WCWS championship series.

Not a bad time for your first career grand slam, huh?

Getting the win for the Florida Gators that day was sophomore pitcher Stephanie Brombacher. To that point since arriving in Gainesville, Brombacher had never lost ? Her 42-game win streak is tied for the third-longest in Division I college softball history trailing Arizona’s Jennie Finch (60) and Florida State’s Rebecca Aase (50). The streak ended on her first start of the 2010 season versus Georgia Tech.

Don’t worry. She threw two perfect games and put up the fourth-best winning percentage (97-11 career record) in Division I history.

The 2009 Gators ran into a buzzsaw against the Washington Huskies, led by National Player of the Year and WCWS MVP Danielle Lawrie, who pitched all 92 innings of UW’s 12-game postseason run. UW swept Florida in the best-of-three to claim the national championship.

It took time for Walton’s staff to return to the big stage, but I’d say back-to-back titles in 2014-15 made up for the heartbreak of years’ past. Remembering heroic moments like Gardiner’s moon shot certainly shouldn’t be forgotten, too.