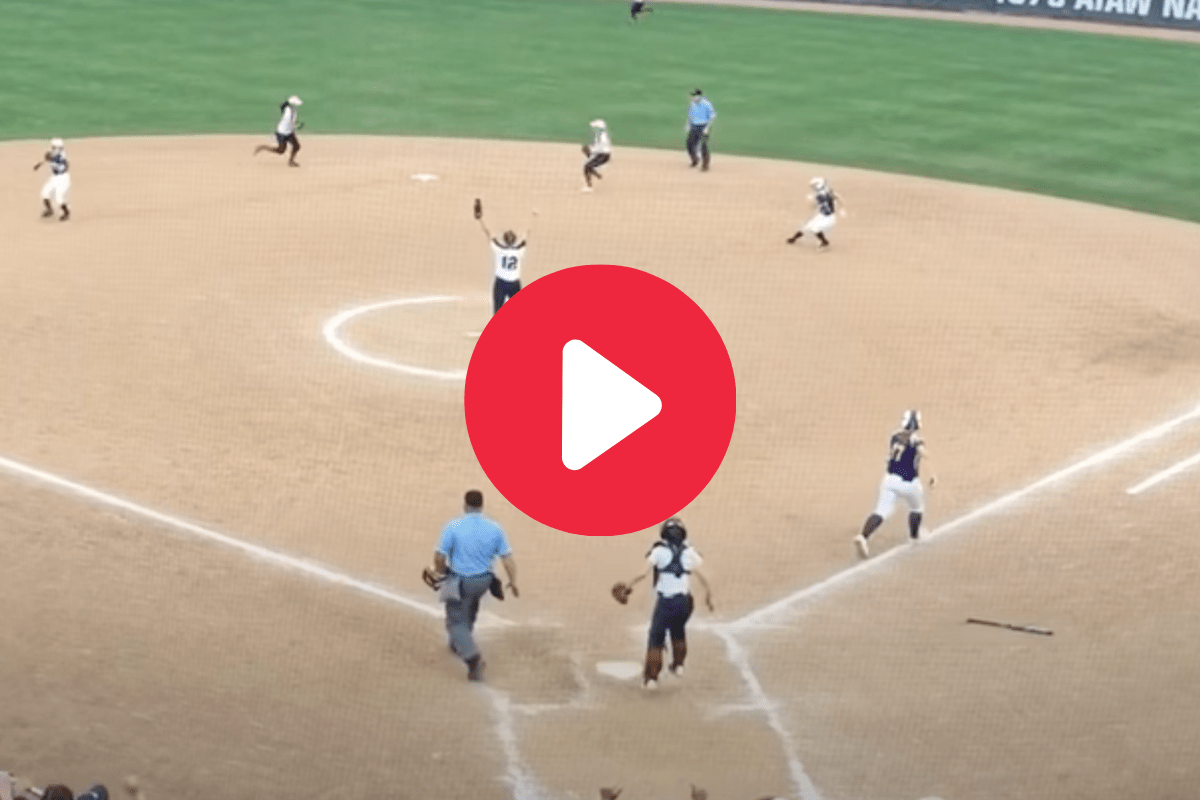 When a high school state championship is on the line, anything is possible. The pressure alone makes it tough, regardless of the sport. There are definitely teams that capture the moment in style and perhaps nobody has ever been so lucky or smooth about winning than the Unionville-Sebewaing softball team in Michigan.

Holding a 3-1 lead in the bottom of the seventh inning against Kalamazoo Christian, USA converted an improbable triple play to capture the 2019 MHSAA Division 4 state title. It looks even cooler than it sounds, too.

Sometimes it?s better to be lucky than good. In this case, it was both.

Polega gave up two singles to start the inning. K-Christian was back in business with hitter Sammy Gano at the plate, representing the winning run. Little did anyone know what would happen next.

Gano smacked Polega?s pitch right back at her. The line drive then deflected right off her elbow and into the glove of senior shortstop Rylee Zimmer, who stepped on second base and fired a strike over to first to complete the triple play.

Not only did the victory capture USA?s sixth state championship, it was also No. 1 on SportsCenter?s Top 10 plays that night on ESPN, according to MLive.com.

It’s a moment the Unionville-Sebewaing softball players, coaches, and community will never forget.

This post was originally published on August 5, 2020 but we’re still celebrating.