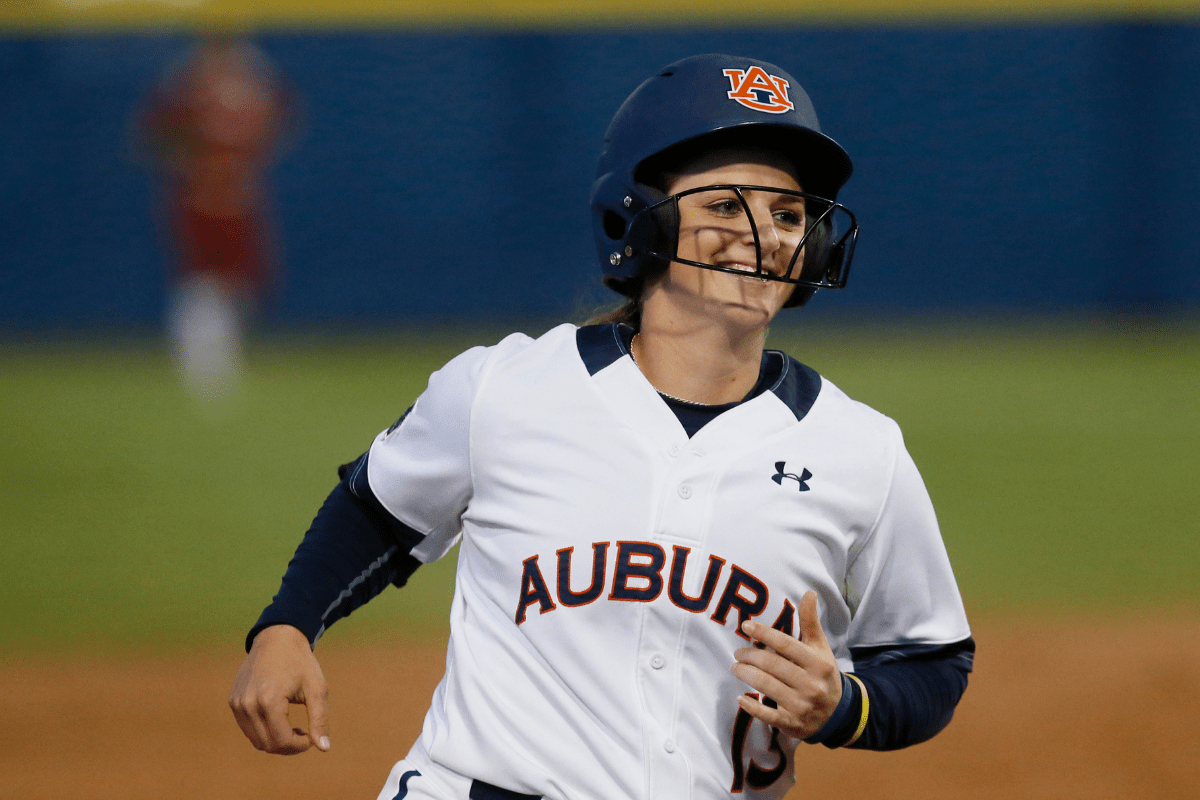 Since their inaugural season in 1997, the Auburn Tigers softball team has consistently put together competitive squads that reach the NCAA Tournament. Few players, however, have made as much of an impact as Kasey Cooper.

A product of Dothan High School (Dothan, Ala.), Cooper was a two-way star. As a senior, she cemented herself as the state’s best player with 22 home runs as a third baseman and nearly 400 strikeouts as a pitcher.

With such high expectations, the hype surrounding Cooper’s arrival on campus was astronomical. Amazingly, she lived up to all of it.

Kasey Cooper immediately made an impact as a freshman, slugging 18 home runs and delivering 77 RBI. Not wanting to be known as a one-season wonder, the infielder got better with time and finished her career with a .387 batting average and .430 on-base percentage.

She almost single-handedly rewrote the record books at Auburn, and was one of the most successful players in the country.

Cooper’s 2016 season was arguably her most impressive. She finished with 21 home runs, hit .422, and registered 71 walks against just 15 strikeouts.

For her efforts, he was named both the ESPNW and SEC Player of the Year, a First-Team All-SEC selection, and Auburn softball reached the Women’s College World Series finals.

Perhaps more impressive than Cooper’s on-field accolades in Alabama were what she earned off of it.

A mechanical engineering major, she graduated with a 3.98 GPA and earned multiple Academic All-American and Scholar-Athlete of the Year awards.

While attending Auburn, Cooper received attention from the US National Team. Then, in 2016, she was invited to participate in the World Cup of Softball.

Although USA Softball didn’t win the World Cup, they did win the WBSC Women’s World Championship tournaments in both 2016 and 2018. Cooper was an integral part of the offense in both events, including hitting a pair of home runs in 2016 and scoring three runs in 2018.

Kasey Cooper was recently a professional softball player for the Scrap Yard Dawgs, and she has dreams of becoming a surgeon.

She has never let personal tragedy get her down. She used it as motivation to get better.

Cooper, who is still very active in her hometown community today, has been successful every step of the way so far, and Auburn fans must look back on her time on The Plains with great pride.