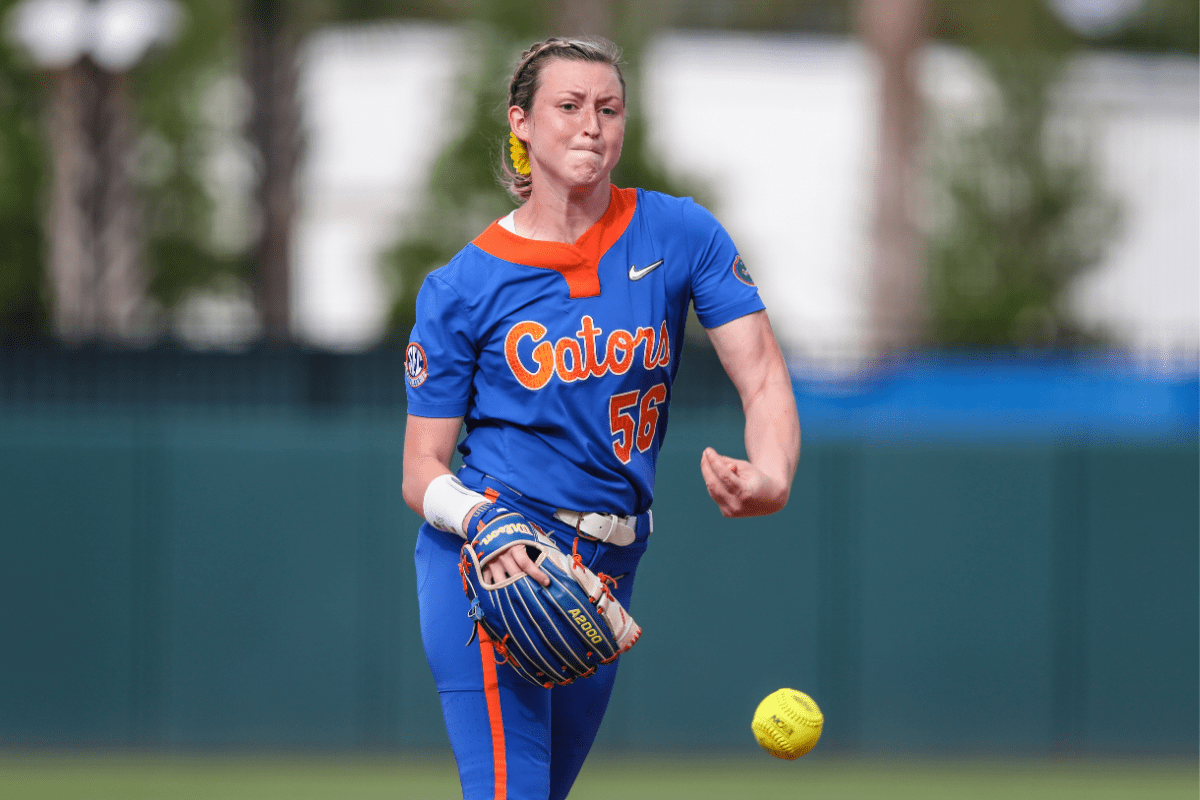 College softball is the sport that unequivocally deserves more air time on national television. The NCAA Women’s College World Series is appointment viewing every year, and the players are incredible athletes.

Like most college sports, the majority of the talent is concentrated in the SEC. Located in Gainesville, Florida, the University of Florida Gators softball team is an impressive program, having won two championships last decade.

The Gators are trying to return to their 2014-15 glory, and they have the pieces to make a deep run this season. Katie Chronister is a fifth-year senior, and she hadn’t lost a game in three years before this season. I’ll be the first to say that pitcher wins aren’t everything, but this streak is nothing short of amazing.

Chronister and the Gators were meant to be. She was born and raised in Gainesville and even attended high school there. In 2016, she was named her state’s Player of the Year.

This season, the pitching heroics have continued. In over 30 innings, Chronister has totaled 32 strikeouts and has yet to surrender a single home run in 2021. She doesn’t go deep into games often, but she makes the most of her innings on the mound. On February 21, she commandeered a shutout against Charlotte. Hitters have a low batting average against Chronister year in and year out, and they can’t seem to make good contact off of the southpaw.

The craziest part about Chronister’s pitching career is she doesn’t lose (often). She suffered her first career loss on March 28, 2018, and then nearly three whole years later finally took another loss against Florida State on March 6, 2021. Last season was cut short because of the coronavirus pandemic, but that’s still a darn impressive streak.

.@KTChronister56 boasts an 8-1 career record and has been apart of 10 shutouts wearing the Orange & Blue!!

We’re so thankful that you’re a Gator! #GoGators pic.twitter.com/ynJ8Manh6B

Florida softball is looking exceptional this season, and a trip to the WCWS can’t be ruled out.

Head coach Tim Walton is great at his job and Katie Seashole Pressly Stadium is getting some great shows. In addition to Chronister, players like Charla Echols, Avery Goelz, Cheyenne Lindsey, Kendyl Lindaman, and Natalie Lugo have all pulled their weight in 2021. If you get the chance to check out a Gators game on TV, it will always be worth your while.