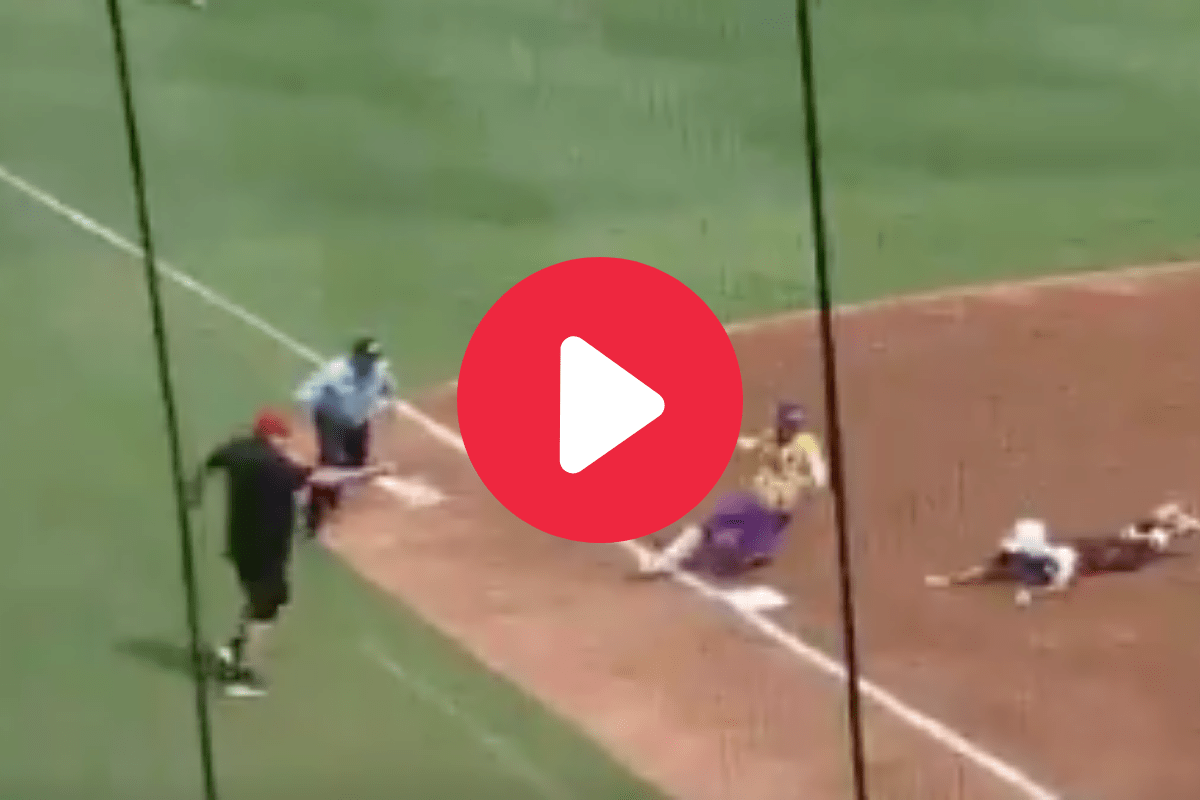 The Louisiana Ragin’ Cajuns were getting dicey.

Up 1-0 on the seventh-seeded LSU Tigers in the Baton Rouge Regional, the Ragin’ Cajuns had women on first and second.

As an underdog, you have to take risks.

Not on Morgan Cummins and Taylor Pleasents‘ watch.

The Ragin’ Cajuns forced a winner-take-all game by defeating the Tigers 2-0 earlier in the day.

They had all the momentum in front of a packed crowd at Tiger Park.

Leadoff hitter Ciara Bryan smashed a home run to right field to give her college softball team a 1-0 advantage in the top of the first inning.

Things weren’t going the Tigers’ way. They needed a big play to break out of the funk.

Shortstop Alisa Dalton squares up for a bunt on a 2-1 count. Or does she?

LSU third baseman Amanda Doyle scoots in to play the bunt, only Dalton pulls back at the last second and Alderink, the runner on second, bolts toward third.

Cummins whips the ball to third. Pleasents shoots over from shortstop to catch and tag Alderink in one sliding motion.

The play is exactly what the Tigers needed, and the deflation the Ragin’ Cajuns needed to avoid.

LSU got out without any further damage and scored two runs in their half of the inning.

LSU never relinquished the lead again despite a late push. The 8-5 win sent the Tigers to the NCAA Super Regionals against Florida State.

I credit Louisiana for the move. Against a stacked LSU team, you have to be willing to take risks. Unfortunately for them, they tried with a left-handed batter at the plate and gave Cummins a clear throw. I last played baseball in seventh grade. Let me do the strategic thinking.

It might’ve worked if Cummins and Pleasents didn’t make an amazing play.