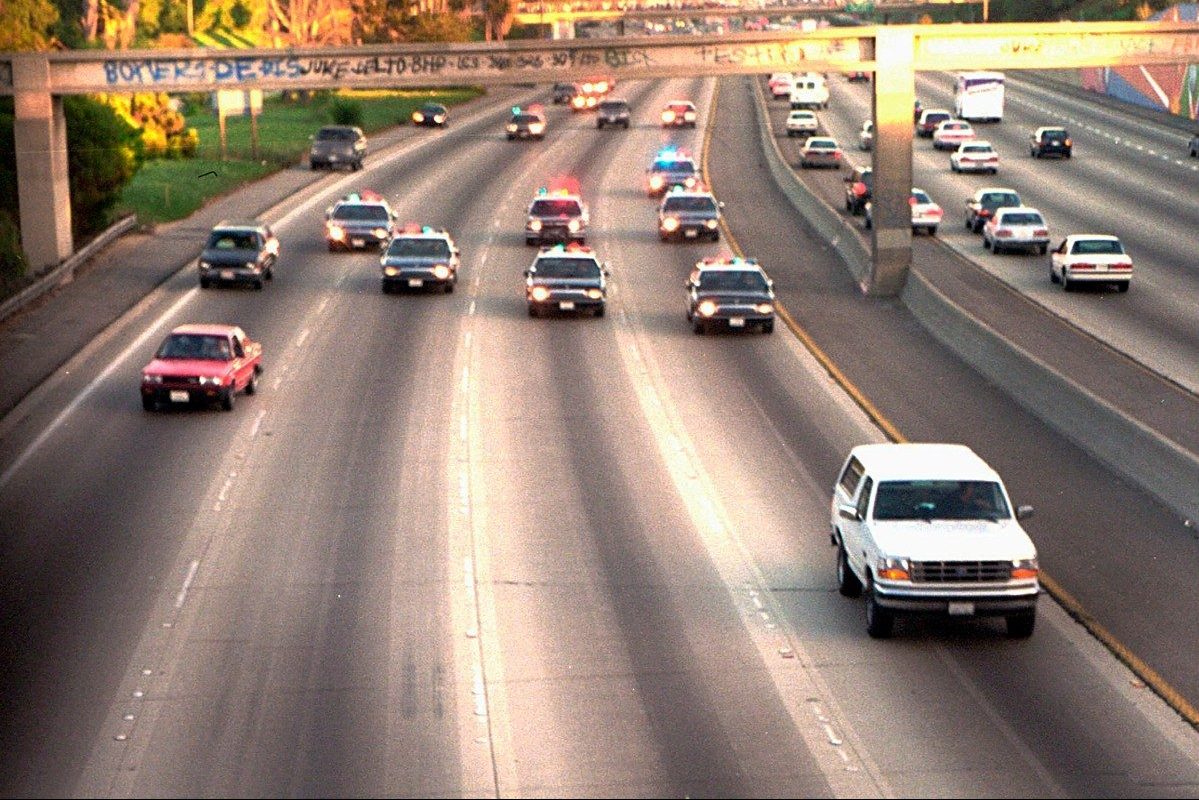 O.J. Simpson is a household name because he was a center of one of the most controversial trials in modern American history. The former NFL player tried to evade Los Angeles police during his infamous white Ford Bronco chase. America dropped everything to watch the O.J. Simpson chase. It was covered everywhere from the Los Angeles Times to CBS to NBC to ESPN to, of course, CNN.

The former football star was a national celebrity, so the event quickly became front-page news everywhere from New York City to Las Vegas. The white Bronco chase had Southern California in a frenzy. Just imagine how big this chase would have been if social media was around at that time.

Check out footage of “The Juice” evading police cars in the footage below.

On June 12, 1994, O.J.’s former wife Nicole Brown was found brutally murdered. He later was accused of the murders of his ex-wife Nicole Brown Simpson and her friend Ronald Goldman. Following the crime, Simpson was spotted in a white Bronco driven by his teammate and friend Al Cowlings. The police engaged in a slow-speed chase on Los Angeles freeways and overpasses. O.J. had a handgun in the back seat.

After evading the LAPD in the low-speed chase, the two made it to O.J.’s mansion in Brentwood, but the former football star was forced to surrender. He refused to admit that he killed his ex-wife Nicole and her friend Ron Goldman. “The Juice” was represented by attorney Robert Kardashian.

O.J. was acquitted, shocking the nation after this police chase. It seemed so clear to the masses that O.J. was guilty, but he was able to walk away scot-free. This controversial case would later become scrutinized by many documentaries and docu-series episodes. The trial itself, and the infamous white Bronco chase, is still memorable as ever nearly 30 years later.

READ MORE: What Happened to O.J. Simpson’s Kids & Where They Are Now?