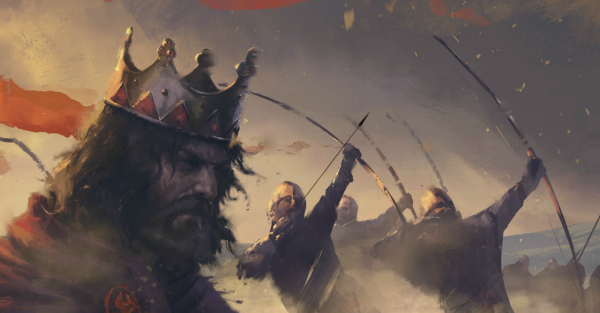 It’s been an active couple of months for strategy video game developer Creative Assembly (CA). The studio released Total War: Warhammer 2 as a sequel to its award-winning fantasy title in late September, which was then followed up with the massive Mortal Empires free update a few short weeks later. Just last Wednesday CA announced the development of the Empire Divided expansion, a DLC pack available for Rome II due on November 30, and today, the studio released a trailer for the highly-anticipated first installment of Total War Saga. Check it out:

Fans of the turn-based strategy franchise have long suspected the next setting to be somewhere in Britain. Following the original announcement of the Saga spin-off series, players familiar with the geography of the region were able to connect the sole teaser image to the coast of Ireland – though the exact era was unknown until now.

According to the Steam page for Thrones of Britannia, the title is set in 878 AD, shortly after the Viking invasion of Britain. With a fragile peace won at the cost of much bloodshed, the remaining kings of England, Scotland, Ireland, and Wales will soon turn against each other in pursuit of their own country’s goals – even if that means invading their former allies.

Previous details regarding the Saga series have described it as a more “focused” Total War game that follows the events of a small region during tumultuous times of conflict. Rather than providing a Europe-sized map for players to tediously expand across, the first Saga installment will instead follow the events of Britain and Britain alone, similar to how Shogun 2 and its later expansion, Fall of the Samurai, took place only on the island of Japan.

A separate FAQ on the Total War website has provided additional details on the game. Thrones of Britannia, while set during a historical time period, is not the era-spanning historical title previously mentioned by CA. 10 playable factions will be available on release, with the Anglo-Saxons, Viking settlers, and certain Gaelic clans being confirmed so far.

The game also apparently runs on the same engine as Total War: Attila, a slightly concerning note considering the many optimization and graphical problems that plagued that title. The developers have promised that it will be “not without some changes” to improve performance however, so players can expect a reasonably smooth experience.

Few other details have been made available, though CA is expecting a release date next year, with gameplay videos arriving sometime in the Spring. Thrones of Britannia will be standalone as well, meaning that no former Total War titles will be required to play it.

For more information on the game, feel free to tune in to the developer’s various social media accounts over Twitter and Instagram, or check out the full FAQ on the CA’s website. News regarding the studio’s previous announcements, meanwhile, can be found here.