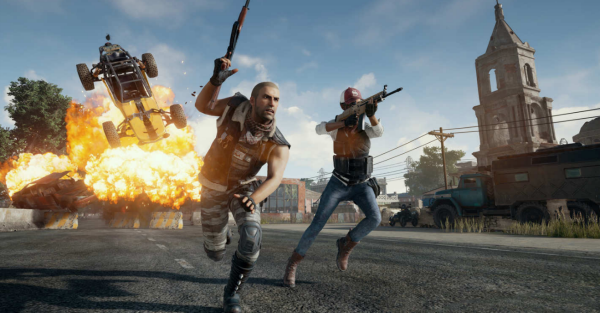 PlayerUnknown?s Battlegrounds (PUBG) has certainly dominated the news cycle lately, though not for solely positive reasons. While the recent announcement regarding both the full release of the game for PC and its eventual arrival on the Xbox One successfully excited many of PUBG?s devout fans, it was in the shadow of the news that China may ban it from distribution entirely. Similarly, players have taken to the Steam forums and SubReddit in swarms with reports of rampant cheating, eventually resulting in PUBG reaching the dreaded ?Mixed? review status over its Steam store page.

Although its legality in distant countries is mostly out of the developers? hands, the team has at least chosen to address the more local elephant in the room. An official statement from the PUBG Development and Community Team was posted over the game?s Steam news page this past Friday that, among promises of more efficient anti-cheat measures, issued an apology for the problem.

?First of all, we would like to sincerely apologize for the inconvenience caused by the cheaters and we are sorry that you have not been able to enjoy PUBG in a safe and fair environment. Our development team is doing their best to detect and ban those who use cheats in a more proactive manner. We are aware that we still have much to do. We will use all available resources to combat cheaters and foster a safe and fair in-game environment. We will also continue to take actions against those who develop and distribute cheats.?

This isn?t the first time the developers have approached the issue of cheaters in PUBG. A reveal in late October regarding upcoming vault and climb mechanics also made mention of ?new measures? in development that would hopefully address the game?s cheating problem. In addition to BattlEye, a new system is due to be implemented that will (hopefully) detect and remove cheaters in a faster, more efficient manner.

It seems these measures are still a work-in-progress. According to Friday?s announcement, the developers are ?in the process of adopting new tools to detect and verify users with unusual gameplay patterns,? and all future offenses will be responded to with permanent bans from PUBG. Yet another patch regarding cheat detection is evidently due this week, and may herald the arrival of these advanced measures.

In the meantime, there?s little else to do but continue reporting all obvious cheaters over the PUBG forums. Feel free to check out our previous articles covering the game?s prior announcements, and follow the development team over Twitter @PUBATTLEGROUNDS for instant updates regarding all future news.