Is Cheerleading a Sport? This Video Proves It Sure as Heck Is 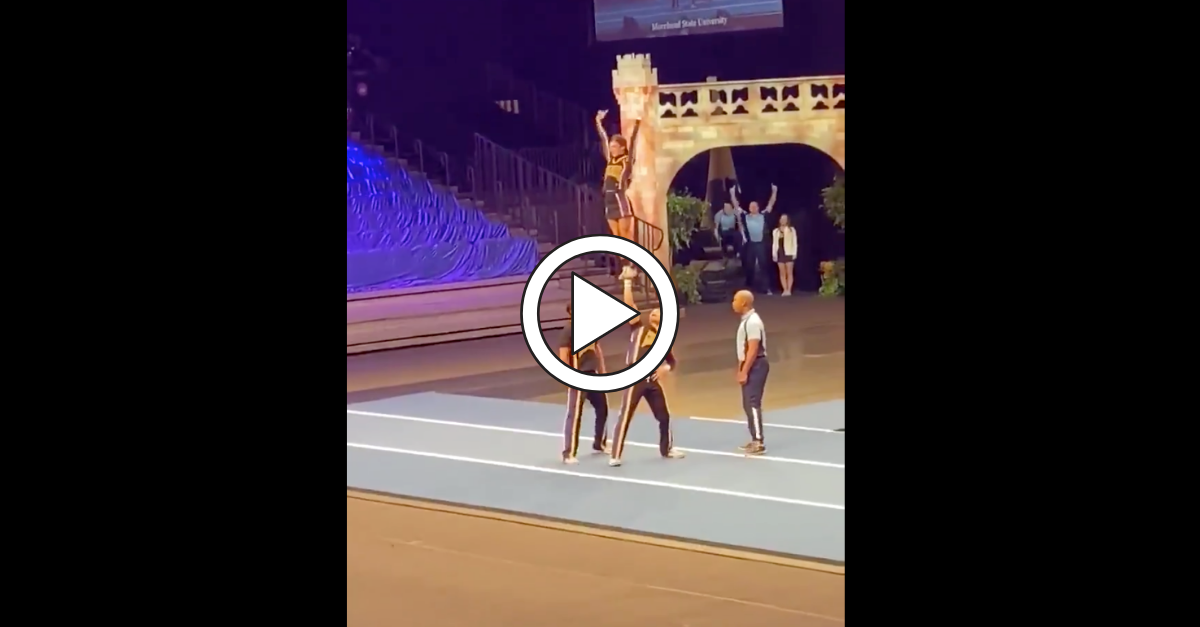 Somewhere in a poorly-lit living room, a middle-aged guy read this headline and blurted out “ARGH THAT’S RIDICULOUS” before ranting about football and basketball games. (This is the same guy who runs out of breath tying his New Balance sneakers.) Sure, team athletics with an easy-to-follow scoreboard and time clock fall into the “sport” category. And while those sports rage on, cheerleaders keep team spirit alive on the sideline with synchronized chants and acrobatic routines throughout the game.

Contrary to popular belief (and much to the chagrin of our heavy-breathing, anti-cheerleader from above), men actually invented cheerleading in the 1880s around the same time American football was first played. Girls slowly began joining these all-male pep teams until World War II — when college-aged men were called to service overseas — and women began taking up cheerleading in masses. Today, it’s largely dominated by women.

Is Cheerleading a Sport?

Televised nationally on ESPN and ESPN2, the Collegiate Nationals, National High School Cheerleading Championships (NHSCC) and UCA International All Star Championships are watched in over 100 millions homes and 32 countries around the world, according to UCA statistics.

The International Cheer Union, which is located in the United States and is the governing body of cheer competitions globally, is leading the charge to give cheerleading teams a chance to compete for Olympic medals, too.

To be clear: cheerleading would be an Olympic sport before football.

RELATED: Softball vs. Baseball: 6 Differences Answering ‘Which Sport is Harder?’

Need more proof? Check out this viral video of several competitive cheerleaders at Morehead State University. Not only does this female cheerleader have complete control of her body, showcase unbelievable core strength, and have enough athleticism for two people throughout the routine, the male cheerleader tosses her around like she’s 35 pounds and throws her above his head with one freakin’ arm. This routine was viewed over five million times on Twitter alone.

Google the definition of a sport, and you’ll stumble on this:

Sport noun : an activity involving physical exertion and skill in which an individual or team competes against another or others for entertainment

Cheer teams compete for championships and receive scores based on style, precision and creativity. Cheerleading squads can be crippled by catastrophic injuries as female athletes put their bodies on the line. Teams from the NCAA college level down to high school levels train, practice and create game plans to keep up with the competitive nature of their trade.

So again, how is varsity cheerleading not a competitive sport?