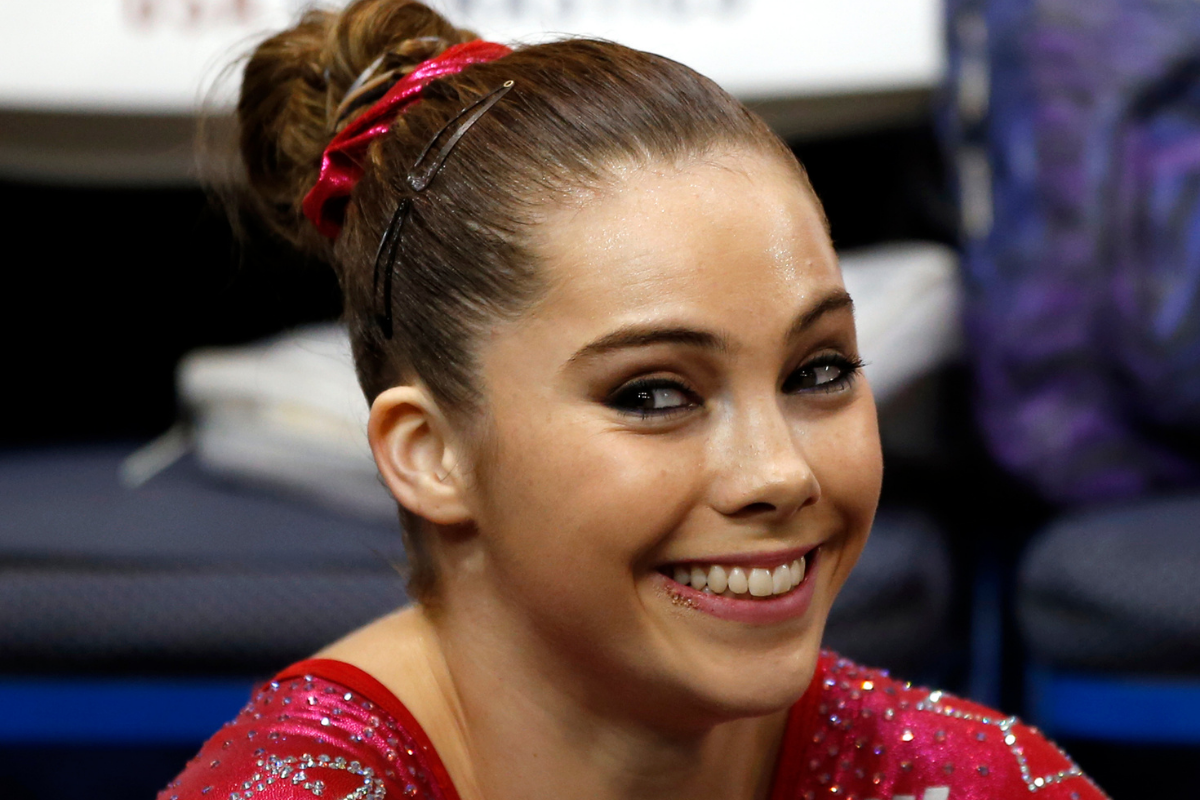 Gymnastics stars come and go as the Olympics do.

In 2012, the team of Gabby Douglas, Aly Raisman, Kyla Ross, Jordyn Wieber and Mckayla Maroney won over the hearts of millions by asserting Team USA as the top dogs in the sport once again.

Dubbed the “Fierce Five,” the crew was everywhere after they took home the team gold medal. Late night talk show appearances were normal, meetings with Presidents were just another item on the to-do list.

The rush of fame dissipated as the Olympic fever wore off. Nonetheless, the gold medal-winning team has a firm place in United States Olympic history.

Maroney, one of the breakout stars of the bunch, became as famous for turning into an Internet meme as she did for her vaults. What is the Olympic gold medalist up to today?

McKayla Rose Maroney’s date of birth is December 9, 1995. Her birth place is Aliso Viejo, California. Her father, Mike Maroney, played quarterback at Purdue University and sadly passed away in 2019. Her mother, Erin Maroney, was involved in figure skating. She has a younger sister named Tarynn and younger brother named Kav.

Maroney started to seriously train for gymnastics at Gym-Max in Costa Mesa, California, when she was 9. By the time she was a teenager, she started competing in several national and international events like the Visa Championship in Dallas, CoverGirl Classic, City of Jesolo Trophy, Pan American Championships and World Artistic Gymnastics Championships.

The artistic gymnast entered the 2012 U.S. Olympic Trials focused on the vault event. She won and made the team.

Maroney broke her toe in preparation for the 2012 Summer Olympics. The injury prevented her from competing in the floor routine, but she still was able to go for gold in the vault competition.

Maroney scored a whopping 16.233 to help the Americans secure the team gold medal. In the individual vault final, Maroney landed her first attempt but fell on her second to earn the silver medal.

The famous “McKayla is not impressed” meme was born during the medal ceremony.

The 25-year-old Maroney vaulted from the gym to the small screen following the 2012 Olympics. She debuted in the CW television series “Hart of Dixie,” which turned into a recurring role. Additionally, she’s appeared in “Bones,” the NBC TV show “Superstore” and the Thirty Seconds to Mars music video “Up in The Air.” She brought back her famous meme in several Geico Commercials in 2021.

Maroney also served as a judge for the 2013 Miss America Pageant.

The Olympic gymnast retired from competitive gymnastics in 2016, but she is still as famous as ever.

Maroney and the “Fierce Five” are some of the several women who came forward with sexual assault accusations involving former USA Gymnastics team doctor Larry Nassar. Maroney made a victim’s statement during Nassar’s trial and received the Arthur Ashe Courage Award along with the other victims.

More recently, the former gymnast ventured into music and released three singles called “Wake Up Call,” “Covid Lockdown” and “Spose To Do” during the earlier days of the coronavirus pandemic in 2020.

Although Maroney isn’t competing in the Olympics or World Championships anymore, she’s built a stable stack of cash to live on.

According to Celebrity Net Worth, McKayla Maroney is worth an estimated $3 million. Maybe she’ll need to grow her stash a little more to finally be impressed.

MORE: Kerri Strug Stuck the Landing 25 Years Ago, But Where Is She Now?