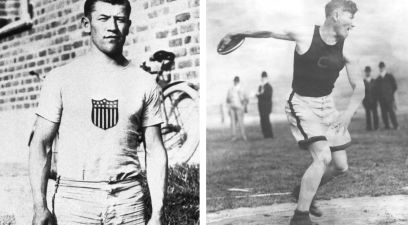 It just means more in the SEC. That?s why the nation?s premier conference is sending a remarkable 217 current and former athletes to the 2020 Tokyo Olympics.

That?s not a misprint. Many of these athletes?from swimmers to sprinters to softball players?are the greatest in the world, and they?ll be representing their respective Southeastern Conference schools in Japan on the grandest international stage of all.

All 14 SEC schools are sending athletes to the Olympic Games, representing 58 total countries in 12 different sports. The Florida Gators lead the way with 31 Olympians followed by Georgia (28), Texas A&M (25), LSU (23) and Alabama (22).

In honor of the Opening Ceremony of the Summer Olympics today, the folks here at FanBuzz decided to pick every SEC school?s best athlete to watch and root for in Tokyo. Unsurprisingly, many of these choices were very difficult and not everyone will agree.

Haylie McCleney and Team USA are back in action tonight!🥎
🇺🇸Team USA vs. 🇨🇦Canada – 7 p.m. CT

Sorry Justin Thomas, but McCleney is the best softball player in Alabama history. There, I said it. She left Tuscaloosa with the career batting crown and posted a .400 average, 300 hits, 200 runs and 100 stolen bases. The outfielder has been a member of Team USA since 2013 and has already made her mark in the team?s wins. McCleney and the entire U.S. softball squad are the favorites to win gold.

The 2020 Tokyo Olympics could be Sandi Morris?s breakthrough. The pole vaulter won the NCAA Indoor Championship in 2015 and three SEC championships while at Arkansas. She followed up her stellar collegiate career with a silver medal at the 2016 Games in Rio de Janeiro. Morris has a real shot at winning her first Olympic gold medal.

Sunisa Lee might be the second-best American gymnast behind the one and only Simone Biles, and she just turned 18. Lee, who is the first Hmong American to become an Olympic gymnast, finished in second behind Biles at the U.S. Olympic Trials to punch her ticket to Tokyo. She?s one of six women on the U.S. team and all eyes will undoubtedly be on her and her teammates when they take the mat.

Dressel is the greatest swimmer on the planet right now. That?s all that really needs to be said. He broke one of Michael Phelps? 10-year-old records two years ago, and now the 24-year-old two-time Olympic gold medalist is going to show the world that he?s even better than Phelps was. Florida has a history of producing terrific swimmers, and Dressel is the latest in line. He?ll collect more hardware in Tokyo and should be in all sorts of commercials soon.

Schmitt already has eight Olympic medals in her trophy case, including four golds. The swimmer is a two-time defending champ in the 4×200-meter freestyle relay. On top of having a chock full of medals, the former Bulldog is the USA swim team?s captain. Her wealth of experience will be a valuable asset to Team USA.

Booker is fresh off a heartbreaking loss to the Milwaukee Bucks in the 2021 NBA Finals. The Kentucky star proved he?s one of the best basketball players on the planet during the Phoenix Suns? playoff run. The USA Basketball team, led by San Antonio Spurs coach Gregg Popovich, will need all of Booker after losing Bradley Beal and Kevin Love if they want to defend its gold medal.

Harrison made the most of his time in Baton Rouge, winning six NCAA national championships in high jump and long jump. At the 2020 U.S. Olympic Trials, Harrison became the first American man since Jim Thorpe in 1912 to qualify for both events. The impressive feat led to leaving college behind and turning pro earlier this month. The 22-year-old track and field athlete is a legit gold medal contender.

Thompson had a stellar college career at Mississippi State, highlighted by an NCAA Outdoor championship in 2016. The thrower recorded the largest margin of victory in USATF Olympic Trials history back in June. Thompson narrowly missed the cut back in 2016, and he is looking to medal on his sport?s biggest stage.

I?ll be honest, there weren?t a whole lot of candidates for Missouri. But with a name like Fabian Schwingenschlögl, can you blame me for picking him? The German swimmer swam in the 2019 World Championships and won NCAA titles in the 100-yard breaststroke and 200-yard breaststroke. He isn?t expected to medal at the Olympics, but that name alone deserves gold.

Saunders has been a shot put prodigy ever since high school when she broke the all-time national prep record. She took her talent to Ole Miss, where she won four NCAA championships and set several recorders. The thrower finished in fifth place at the 2016 Games, and she has as good a shot as anyone to medal.

A?ja Wilson led the Gamecocks to their first NCAA Women?s Basketball Championship as a three-time SEC Player of the Year (that?s a record, by the way) and then was drafted first overall by the WNBA?s Las Vegas Aces. In 2020, she solidified her stardom by winning the WNBA MVP award. Wilson and Team USA are expected to breeze to gold in Tokyo.

The easiest of choices here. Monica Abbott is a walking softball legend. She threw 23 no-hitters at Tennessee, holds the record for fastest softball pitch and already has a silver medal from the 2008 Beijing Olympics. The southpaw already shut out Canada in Team USA?s 1-0 win on Thursday, and fans can expect plenty more the same from her.

It?s safe to say Anthing Mu is a bonafide star. The 19-year-old cleaned up on SEC and NCAA Championships during her one year at Texas A&M. So much so, in fact, that she?s leaving College Station to turn pro. Mu ran the second-fastest 800 meters by an American ever at the U.S. Olympic Trials. She?s the clear favorite to take home the gold for the Red, White and Blue.

Lily Williams has a pretty cool story. She was actually a distance runner at Vanderbilt before switching to cycling in 2016. She?s also the daughter of an Olympic speedskater. She was a key part of U.S. women?s team that won the 2020 UCI Track Cycling world championship, and, while cycling isn?t the biggest olympic sport, is Vanderbilt?s most exciting athlete in Tokyo. Plus, she?s the first female Vanderbilt graduate to ever compete in the Olympics.