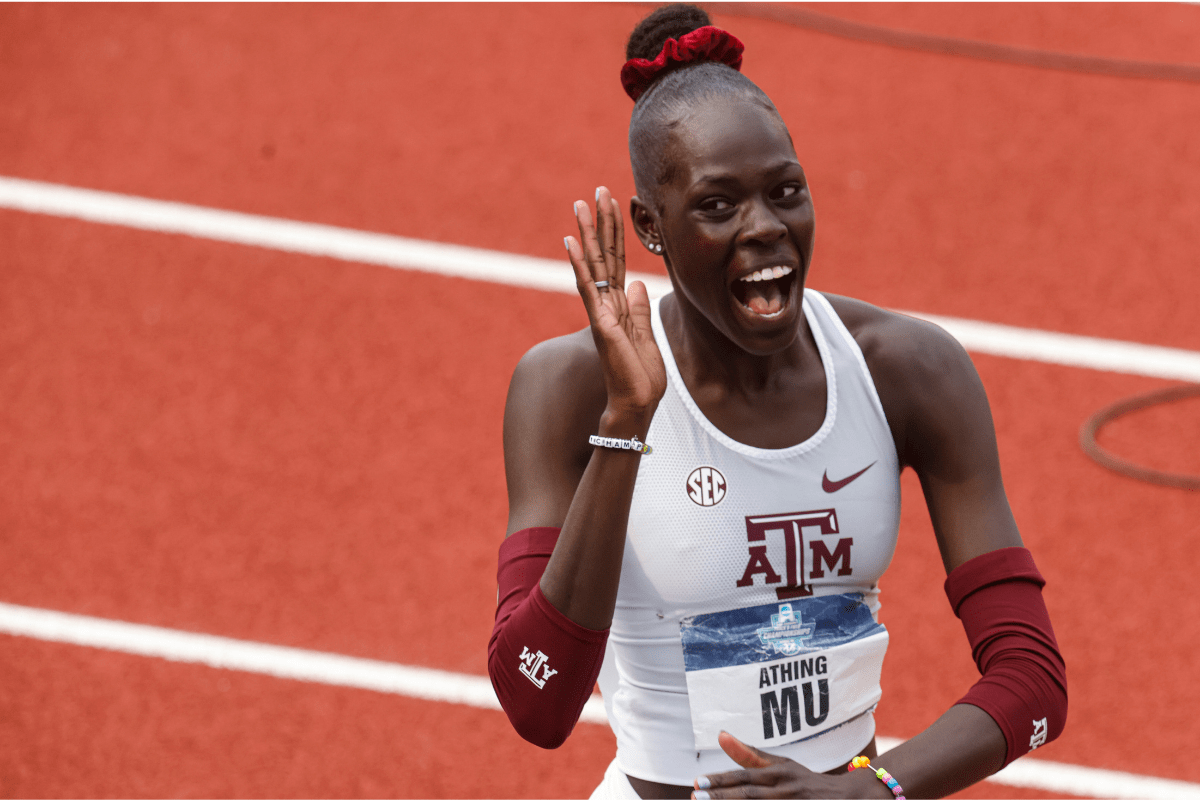 The Olympic Games are a place for new athletic stars to be made. Names you never knew before become famous faces. This will certainly be the case at the Tokyo Olympics, now that they are finally happening.

If we had to hazard a guess, American track and field star Athing Mu is about to become one of those stars. Sure, she’s a middle-distance runner, which isn’t as exciting as, say, the 100-meter dash. Nevertheless, we’re betting on the Texas A&M athlete coming up big for Team USA in Tokyo.

Mu is the child of immigrants from Sudan who settled in Trenton, New Jersey, where she was born. She got her start running at the Trenton Track Club and then went to Trenton Central High School, which she graduated from in 2020. Oh, did we mention Mu is a 19-year-old track sensation?

At the 2021 NCAA Championships in Eugene, Oregon, she dominated once again. During the national championship competition in the home of Nike, Mu won three titles, setting a new college record in the 400 meters and also participating in both the indoor and outdoor 4×400-meter relay teams that won for Texas A&M.

Given that she owns multiple U-20 world records and American records, perhaps it isn’t surprising that Mu went pro after her freshman season in college. She won three titles at the SEC Indoor Championships. What was left for her to do?

“I’m convinced that saying, ‘the past year at Texas A&M was the greatest year of my life’, is an understatement. I have never had so much fun, joy, and love come from any experience like I did here,” she wrote in a sentimental Instagram post.

19-year-old @athiiing runs a 1:56.07 to set a new trials record and punch her ticket to Tokyo! 👏@NBCOlympics | #TrackFieldTrials21 pic.twitter.com/8Nj4B2DRli

After her college career came to a conclusion, it was time for Mu to set her sight on making the Olympic team. The U.S. Olympic track and field trials took place in Eugene, where Mu had already had a ton of success. For the purposes of the Olympic trials, Mu decided to focus on the women’s 800 meters.

That proved to be a wise decision. Mu ran a 1:56.07 in the 800 meters. This didn’t just get her on the Olympic team. Mu’s time is the second-fastest ever for an American in the event. She is legitimately the favorite to win the gold in Tokyo.

Mu has already done so much in her 19 years of life. Nobody could hold a candle to her in college. Will the same be true at the Olympics? Hopefully, she can add a gold medal to her trophy case.

MORE: Texas A&M?s ?Elephant Walk? is a Senior Tradition Like No Other