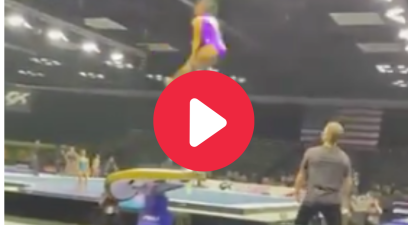 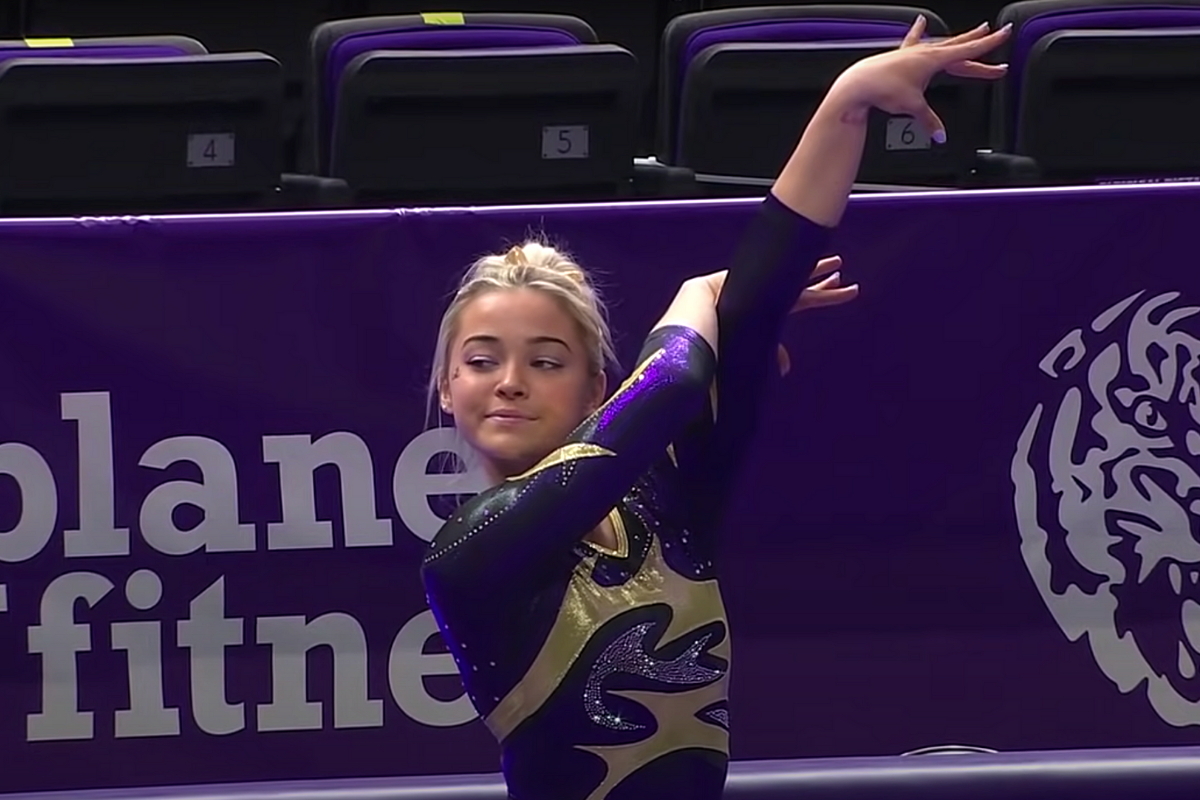 LSU‘s freshman gymnast was just three years old when she first picked up the sport because she “loved to climb everything.” After more than a decade and a half of floor routines, balance beam dismounts and high-flying swings off the uneven bars, the superstar gymnast has collected quite a few more colors than just hot pink.

For starters: Red, white and blue. Now she’s adding purple and gold to the leotard closet.

As LSU’s No. 2-ranked gymnastics squad navigates its way through a tough 2020-21 schedule, the hopes for head coach Jay Clark is national championship in his first year after taking over for longtime coach D-D Breaux.

The Tigers have finished as runner-up to the NCAA national champions in four of the past six seasons. Athletes like Oilvia Dunne, who is a star on and off the mat, could be ready to change the program’s fate in Baton Rouge.

Who is LSU’s Olivia Dunne?

RELATED: LSU’s Next Star Running Back is a Touchdown Machine

Olivia Dunne is a freshman LSU gymnast from Hillsdale, New Jersey, where she was homeschooled while focusing on her career training at the Eastern National Academy of Paramus (ENA Paramus).

Dunne was part of an exciting freshman class that included Haleigh Bryant, the 2017 Junior Olympic national all-around champion and 2020 Nastia Liukin Cup champion. According to College Gym News, they rounded out an LSU class that ranked second in the NCAA behind UCLA.

As most gymnasts do, Dunne began to make a name for herself at a young age.

When Dunne was 10, she was invited to train at the USA Olympic Training Center in Texas. By 11, she was the youngest international elite in the country. She was also a member of the U.S. Women’s Junior National Team in 2016-17 alongside some of the greatest athletes in the United States.

She’s flipped at the 2015 American Classic in Texas and the 2017 Jesolo Trophy in Italy. She’s tumbled in Boston at the 2018 U.S. Gymnastics Championships and stuck her dismounts in California for the 2017 P&G Championships and Chicago at the 2017 U.S. Classic. Most recently, she participated in the 2020 Nastia Liukin Cup in Milwaukee, which her teammate Bryant won.

Yet she knew a while ago she wanted to don the purple and gold and become an LSU Tiger.

“As soon as I walked on campus I just felt this love and this spirit and I knew I wanted to be a part of it,” Dunne told WGNO.

my school is so pretty🤧 @lsu #foryou #college #lsu #gymnastics

Olivia isn’t so different from the rest of LSU students.

She comes from an athletic family. Her father, David Dunne, played college football at Rutgers back in the 1990s as a punter. Her mother, Katherine, was a gymnast and cheerleader. Her sister, Julianna, played high school softball. They all support her every step of the way.

Dunne loves fashion and golf. She jams out to both rap and country music. Her favorite movie has nothing to do with gymnastics: it’s The Blind Side. This fit chick’s favorite food is also cotton candy.

There is one thing that makes Olivia Dunne stand out above other student, though. She has millions of followers on social media.

The gymnast has nearly one million followers on Instagram (@livvydunne) and another 3.7 million on TikTok (@livvy). The blonde tumbling queen has a knack for drawing people in with her sense of humor and relatability.

“To have a following means so much to me because I really want to bring the hype to LSU. I mean we deserve it. LSU is amazing, so to have that platform to spread positivity is just really cool,” she told Tiger TV.

LSU’s team is off to a roaring start at the Pete Maravich Assembly Center during the 2021 season, and Dunne is part of the reason why.

In her first career meet against Arkansas, she scored a 9.875 on bars. She posted a 9.7 on bars against Georgia before putting up a career-high of 9.925 against Auburn. In LSU’s first loss to Florida, Dunne posted a 9.85.

Dunne may be competing on just bars for now, but you can expect her role to grow as she gains more NCAA experience.

Olivia Dunne with a career high (9.925) and her third stuck DLO this season! @LSUgym @livvydunne pic.twitter.com/Bc9zQCrSXQ

Whether it’s Olivia Dunne or Haleigh Bryant or fellow freshmen Elena Arenas, Chase Brock and Sierra Ballard, this LSU class could create something special in Baton Rouge. Their coach knows that.

“They’re all real talented,” Clark told The Advocate. “We’re in a really good situation and much deeper. We have 12 or 13 gymnasts in every event, which is something we haven’t had in my time here. Not that everyone can go out there and do a 9.90, but if you have 10 or 11 in each you’ll be in good shape.”