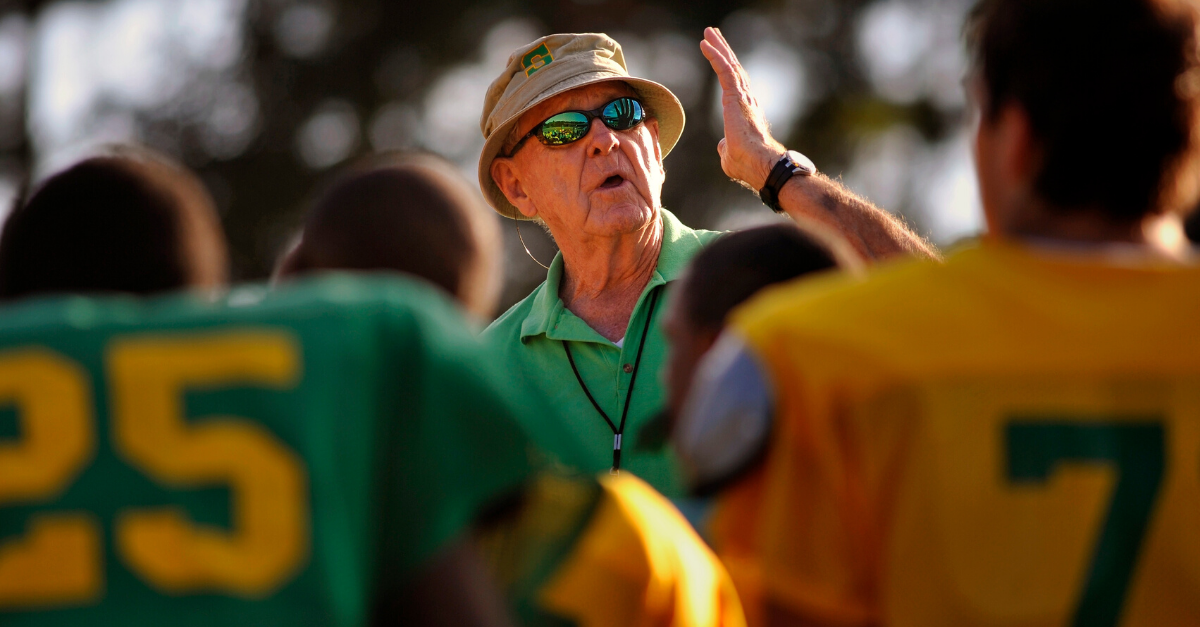 SUMMERVILLE, S.C. (AP) — John McKissick, whose 621 victories at South Carolina’s Summerville High made him the nation’s winningest football coach at any level, has died at age 93.

Dorchester County Coroner Paul Brouthers says McKissick had been in hospice care and died Thursday surrounded by family. The longtime coach retired in 2014 after 62 seasons.

Brouthers said McKissick’s birth year is listed as 1929, although his biography has him born three years earlier on Sept. 25, 1926.

After Summerville staff let @4newsmax and I in earlier, we asked what we'd need to do when we left John McKissick Field tonight. They said to call back later.

As we packed up, we touched base. They said don't worry.