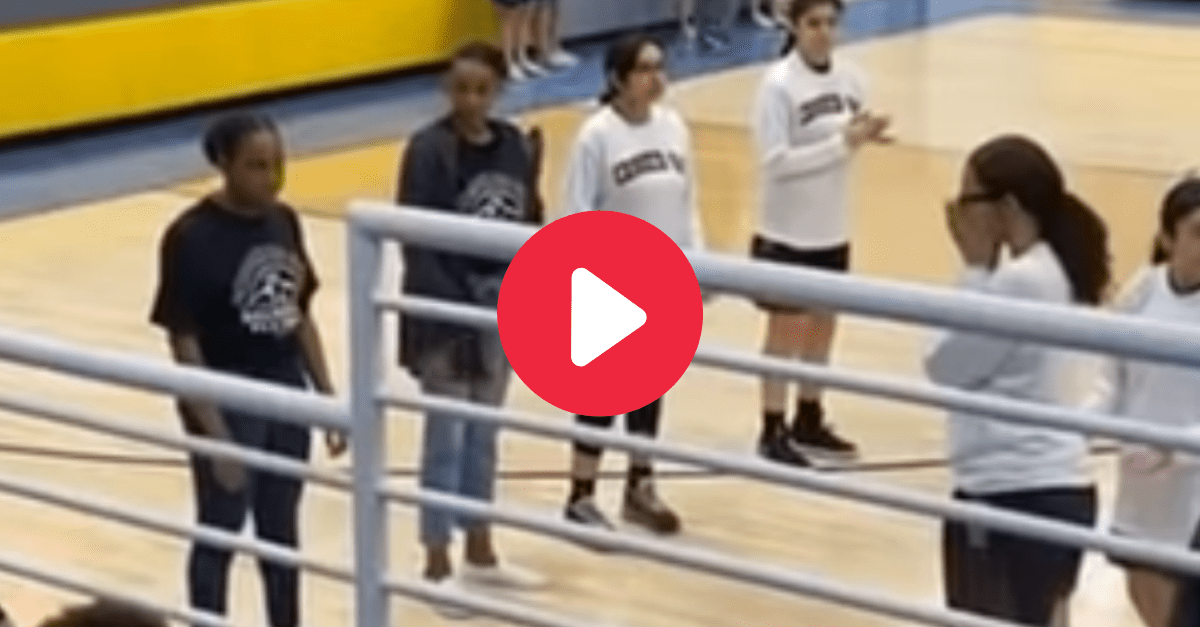 NEWKIRK, Okla. (AP) ? An Oklahoma high school basketball game announcer called the names of the opposing team’s players ?disgusting,? and was later removed from the game by the school’s superintendent.

The announcer at Newkirk High School, whose name has not been released, said during player introductions before the Friday girl’s district tournament finals that the names of the Crooked Oak players ?are pretty disgusting, but I?m going to try and call ’em out.?

The man was removed at halftime by Newkirk Superintendent Brady Barnes, who later issued an apology on the school’s Facebook page.

?To the Newkirk and Crooked Oak communities at large, I would like to say that this unfortunate comment does not represent the Newkirk Public Schools or its beliefs. We sincerely apologize for any pain or affront our announcer?s comment has caused Crooked Oak players, parents, patrons, and school employees,? according to the statement.

?I was like, ?there?s no way he just said that.? But he did, and it?s nothing we condone or support,? Barnes told The Oklahoman.

“We all looked at each other like, did he just say, is that real? Like did he really just say that?” Iyana Freeman, one of the Crooked Oak players, told KFOR-TV.

Barnes identified the man only as a Newkirk school employee who had been providing public address announcements for about 20 years and said he can’t discuss any personnel action taken against him.

Crooked Oak won the game to claim the district championship.