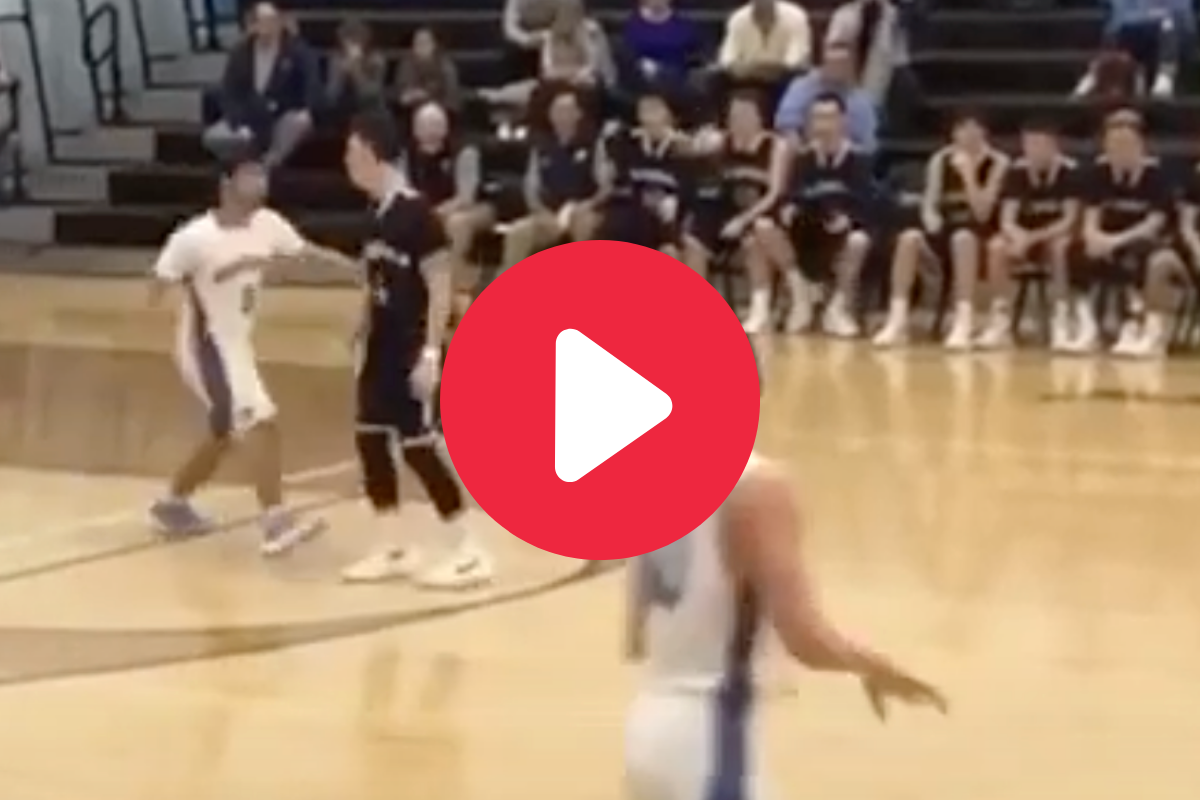 High school basketball isn’t all just jump shots, bounce passes and crappy refereeing. Punches get thrown on the court. Brawls break out. Even parents have jumped in on the action.

Consider yourself lucky if you’ve never seen any of those in person, because it happens way more often than you might think. It ain’t just the post-puberty hormone-crazed boys. Cheerleaders have gone at it and produced some pretty wild fights.

In one game after a high school player made a layup, his opponent delivered a knockout punch that belonged in the UFC Octagon.

About two minutes into the video, No. 4 from the dark-colored jersey team makes a layup while falling down. Maybe he thought he was fouled by No. 2 from the team in white jerseys, because he appeared to say something to his opponent.

Whatever was said set No. 2 off instantly. I’m talking quicker than a Diet Coke and Mentos eruption.

No. 2 hits his victim with a quick jab in the side of the head before landing a Mike Tyson-like blast to the poor player’s face. Unsurprisingly, he goes down hard on one of the nastiest knockout punches you’ll ever see on a basketball court.

Shrieks of horror from parents in the stands can be heard. If that were my son I watched get punched like that, I’d make sure that other kid never stepped foot in a basketball gym ever again. There’s no excuse for that.

Teammates of the puncher immediately walk him out of the gym, because they know he’s ejected and probably suspended.

According to Terez Owens, this basketball game took place between Bridgeport High School and Weirton Madonna in Ohio. The kid who was knocked out went to the hospital after and reportedly only had a small fracture on his jaw.

I don’t know if Mr. Right Hook ever played again for his team, but I’m hoping he didn’t.