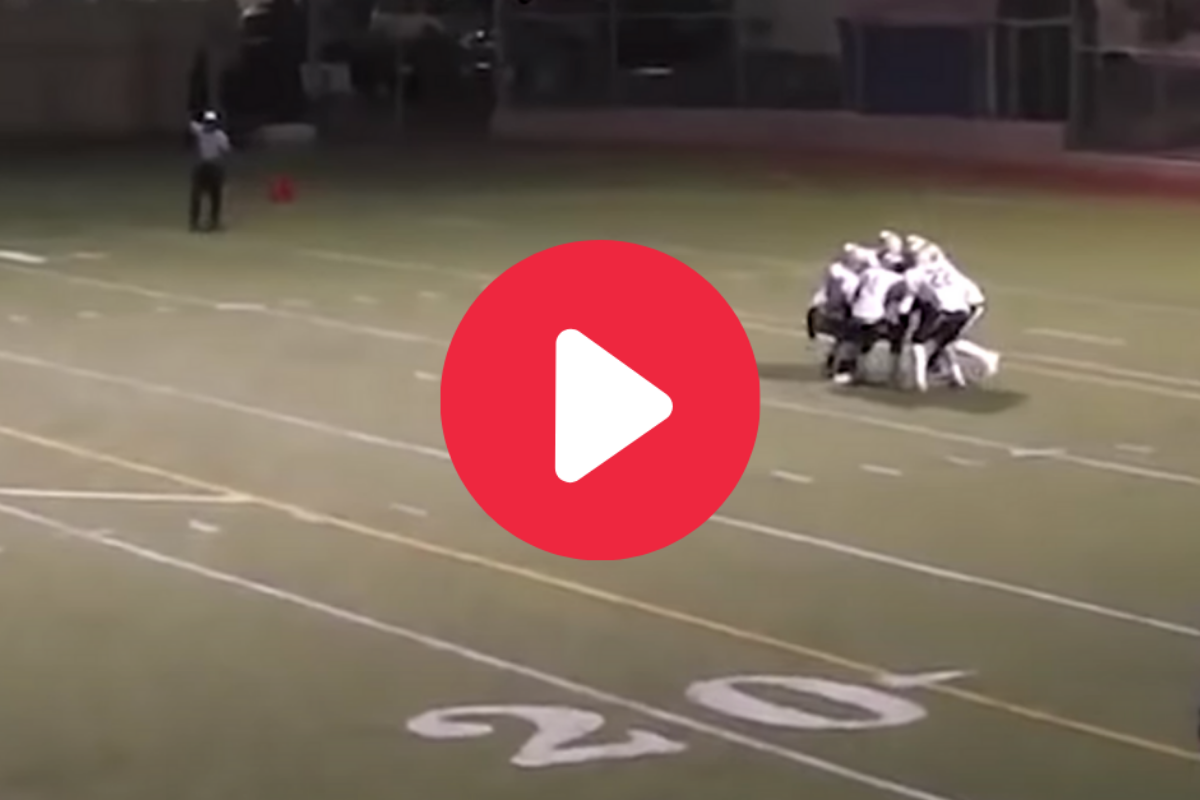 The hidden ball trick play is one of the best around. It has been used for decades and can be shown in a variety of ways on the football field. What one high school football team did with it was as creative as it gets.

Concord High School is California pulled off the famous trick play on a kick return back in 2015. It was magical and caught Oakland High School completely off guard.

The result of the kickoff return was a 95-yard touchdown and you can’t help but smile watching it on repeat.

RELATED: This Punt Return Looks Like Something Out of a Video Game

If you ever wanted to know if the hidden ball trick works on kickoffs, this is all the proof you need.

Concord’s Darion Smith received the kickoff around the five-yard line. His teammates quickly surrounded him and formed a huddle as Oakland came running in to make a tackle. Then, all of a sudden, the football players spread out and LeAndre Jones took it down the sideline and into the end zone.

“[The] funny thing is Concord is considered one of those anti-special teams schools because we don’t kick field goals, PATs,” Concord assistant coach Manny Chavez said.

This one fooled Oakland completely and helped Concord earn a 56-16 victory that night.

Whether it’s at the high school, college football, or NFL level, the hidden ball trick is always fun to watch across the United States. It can also be used in a baseball game when an infielder picks off a runner at first base, second base, or third base.